What comes built into every earth suit?

What becomes stronger with each natural infection?

What lengthens your life when you use it?

Your innate immune system, also known as your defense system! 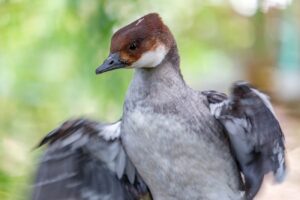 You will not find reference to your biological defense system in the media or through the medical industrial complex. It will not be disclosed to you by doctors, scientists, priests, professors, or politicians.

Your immune system has been downplayed and dumb-downed over the last decade. Most medical doctors will never mention the I-word because they have not studied its function as a natural, dynamic system that protects against all disease and cancers if you take care of it.

Innate means inborn. Yet, despite the suppression of information by Big Tech news about your personal protective inner devices, word about the power of your internal defense system is breaking through…

From news sources that bypass the corporate media censorship, such as No Trick Zone and Iowa Climate Science Education, these hidden headlines are reporting the following:

Vaccinated 27X more likely to be symptomatically infected than unvaccinated who’ve had COVID.

These news sources are all referring to a recent Israeli study, not yet peer reviewed, which has concluded exactly what you learned years ago in Biology 101 about your very own immune system!

This study demonstrated that natural immunity confers longer lasting and stronger protection against infection, symptomatic disease and hospitalization caused by the Delta variant of SARS-CoV-2, compared to the BNT162b2 two-dose vaccine-induced immunity. Individuals who were both previously infected with SARS-CoV-2 and given a single dose of the vaccine gained additional protection against the Delta variant 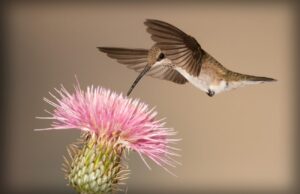 The vaccine instructs your body to produce the virus’s spike protein; that single component is what your immune system learns to recognize and attack. Someone who’s infected by the virus itself learns to recognize the whole organism, by contrast. If the spike protein on Delta looks sufficiently different from the spike protein on earlier variants, it stands to reason that a vaccinated person’s antibodies may have more difficulty responding to it. Whereas the antibodies in a person with natural immunity may recognize the virus itself and move rapidly to clear it even if the spike seems unfamiliar.

It suggests that the efficacy of the Pfizer vaccine — so impressive in trials — is not strong enough to bring about the kind of herd immunity we might have gained by letting the virus pass through the population. The same is probably true of other vaccines — as Kate wrote on Coffee House yesterday, recent studies have suggested that the efficacy of AstraZeneca declines over time, too, although not at quite the rate of the Pfizer one.

It also suggests that we might be wasting our time trying to foist jabs on the young when they may have gained better, stronger immunity to Covid through natural infection. But one of the most interesting issues is the new light it sheds on the debate over vaccinating children; perhaps it is better to simply allow them to be infected on the grounds they’re highly unlikely to come to serious harm but are more likely to gain lasting immunity from the disease that way.

Yes, vaccines wane over time since they are considered artificial immunity. Chalk it up as another example of Planned Obsolescence. Further, vaccines are known to shed to others compromising immunity for everyone.

What about the experimental mRNA injections that are still considered Emergency Use Authorized? According to the group America’s Frontline Doctors (AFLDS), spike proteins resulting from experimental COVID-19 gene therapy vaccines have the capacity to 1.) pass through the “blood-brain barrier” causing neurological damage, 2.) be “shed” by the vaccinated, bringing about sickness in unvaccinated children and adults, and 3.) cause irregular vaginal bleeding in women.

It takes years to be sure something new is safe. No one knows definitively the long-term health implications for the body and brain, especially among the young, related to this spike protein. In addition, if documented problems with the protein do arise, there will never be any way to reverse the adverse effects in those already vaccinated.

Because mRNA injectable technology is not effective over time, boosters will be necessary.

But hold on! Not to be outdone, the National Science Foundation researchers are now looking to deliver DNA containing mRNA vaccines into plant cells, where they can replicate and be eaten by you. Study authors want to show that plants can actually produce enough mRNA to replace a traditional injection. In changing the concept of “food as medicine” by manipulating the plant genome, how do you get an appropriate dose? Vaccine salad, anyone?

In times of old, when Measles and Chicken pox parties were the hot ticket to life-long immunity, the mainstream message was, “get infected naturally, survive, and thrive!” Remember The Brady Bunch? “If you have to get sick, sure can’t beat the measles.” – Marsha, Brady Bunch 1969 episode, 45 years ago

Once upon a time natural immunity lasted forever. Not anymore!

Vaccination is NOT immunization. However, today, the script is flipped: Beware the dreaded measles! Get the vax! And don’t ask why there is no vaccine for Rheumatic fever unless you want to hear that “the exact disease process is not fully known,” according to the CDC.

Perhaps the novel idea about an immune system can spread, like a novel virus, if people began wearing words as walking billboards: No vaccine needed. I have an immune system.

If you take a moment to review the medical literature, you will discover that the true answers have always been right in front of you, just jumbled up and reversed. Indeed, vaccination causes breakthrough infections. From the  CDC’s website:

…. vaccines are not 100% effective at preventing infection, some people who are fully vaccinated will still get COVID-19.

See the article,  The Variant and the Vaccine. 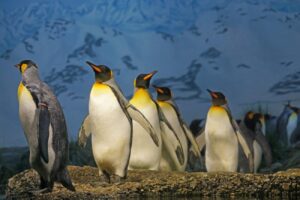 … happens when a certain percentage of the population acquires the disease naturally, which then protects the entire ‘herd’ from disease. The natural infection process creates life-long immunity, vs. vaccines, which provides only for short term, if any, immunity.

Before fear of a virus was invented in the minds of scientists under The Germ Theory (emphasis on Theory), vaccines meant the death of natural immunity. See the article Vaccines: The Death of Natural Immunity.

Let the book be closed on the dangers of Asymptomatic People, as if they are a newly discovered species. According to an editorial titled, “Asymptomatic Transmission of Covid-19” in the December 2021 British Medical Journal.

It’s also unclear to what extent people with no symptoms transmit SARS-CoV-2. The only test for live virus is viral culture. PCR and lateral flow tests do not distinguish live virus. No test of infection or infectiousness is currently available for routine use. As things stand, a person who tests positive with any kind of test may or may not have an active infection with live virus, and may or may not be infectious.”

While viral load seems to be similar in people with and without symptoms, the presence of RNA does not necessarily represent transmissible live virus. The duration of viral RNA shedding (interval between first and last positive PCR result for any sample) is shorter in people who remain asymptomatic, so they are probably less infectious than people who develop symptoms.

Asymptomatic people… people without disease symptoms… do not spread a virus or a disease. Why?

Because they do not have a disease to spread. They are healthy because their innate immune systems are working for them.

It is time to reframe the discussion and parrot the truth of what legions of humans have known since the beginning of time, before Pfizer Inc. became a known quantity. It is time to dispel the fear of an invisible threat identified by a mere few authorities and let true healing begin.

Science is a distraction because science does not reveal truth. It can only describe an observation in time and space based on a specific set of variables. Because Science is debatable by its nature, it must remain separate from the discussion of freedom and rights.

And all our models and theories are representations and approximations of reality as we see it. That is not truth. The biggest giveaway is that scientific theories change with time. As we acquire new information or new data, we have to update all of our beliefs. And how can a belief be true if it is subject to change at a moment’s notice? – Paul M. Sutter, Astrophysicist, Forbes Magazine

When it comes to freedom to choose your understanding of immunity, science is The Great Distraction. See the article, Science Vs. Rights, Why They Must Remain Separate.  Like your innate defense system, your rights are inborn.

If you know you have an immune system, strengthen it and let it fight for you. Take responsibility for your health and breakthrough to your true nature knowing who you are. Or, alternatively, take an injection, get a breakthrough infection, and suppress your innate immunity.

That is the true comparison in today’s discussion.

The question of the day is not “did you get the jab?” but….

Do you have an Immune System?