Though the college has over $100,000 remaining in available HEER money, the school states its policy is due to a ‘lack of federal funds.’

BSC will charge $500 to all students, but immediately refund those that are vaccinated.

If students at Birmingham Southern College want to stay unvaccinated, they’ll have to pay the school $500.

The Alabama institution is charging every student a $500 fee in order to “Offset continual weekly antigen testing and quarantining.” 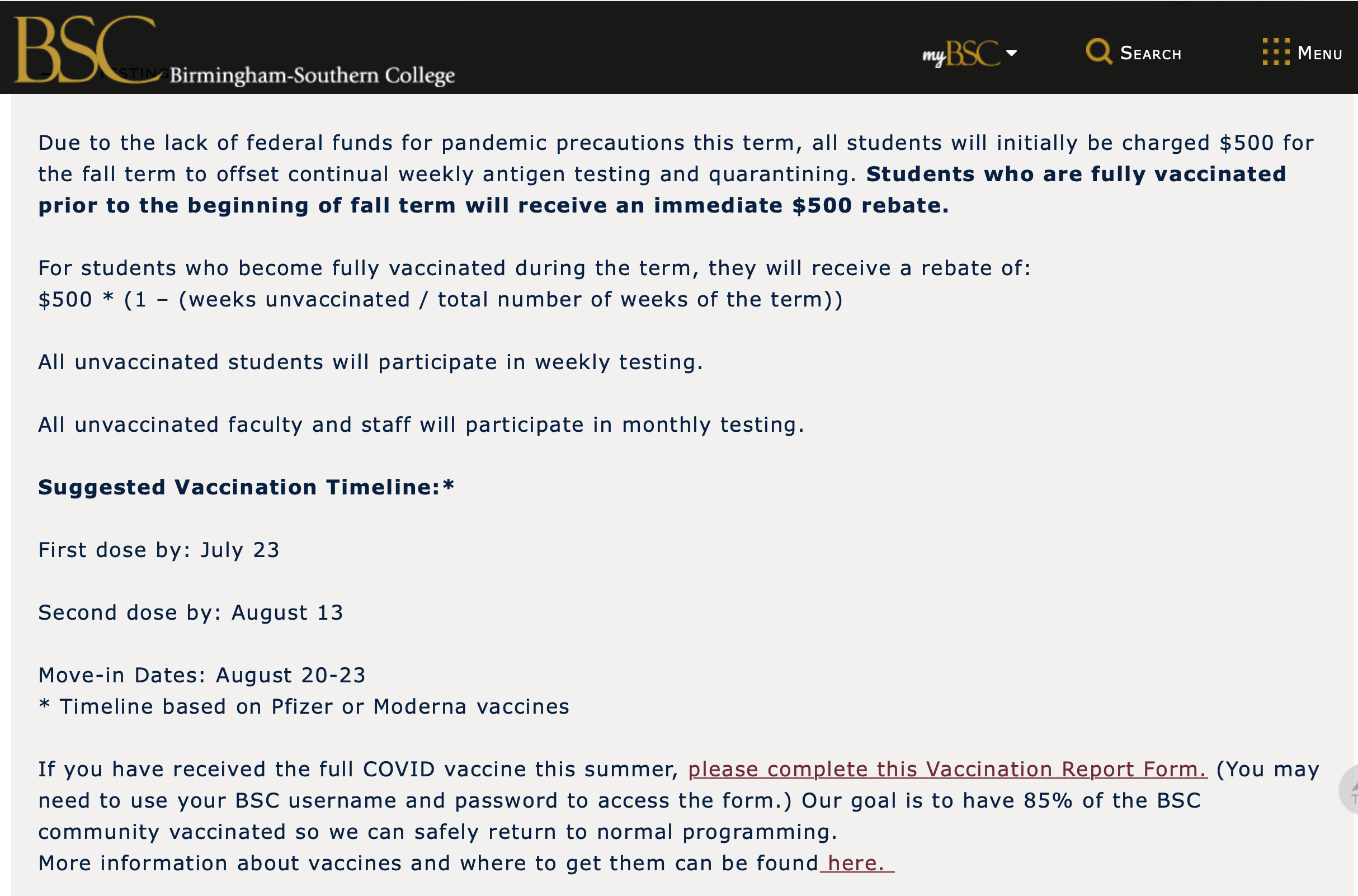 In addition to this policy, the university is also mandating weekly COVID-19 testing and a a separate move-in date for unvaccinated students.

Birmingham Southern College states that they are instituting the additional fee because of a “lack of federal funds for pandemic precautions this term.”  As of June 30, the college still has $140,076 remaining in the Institutional Portion of its allocated CARES Act Higher Education Emergency Relief (HEER) Fund total. 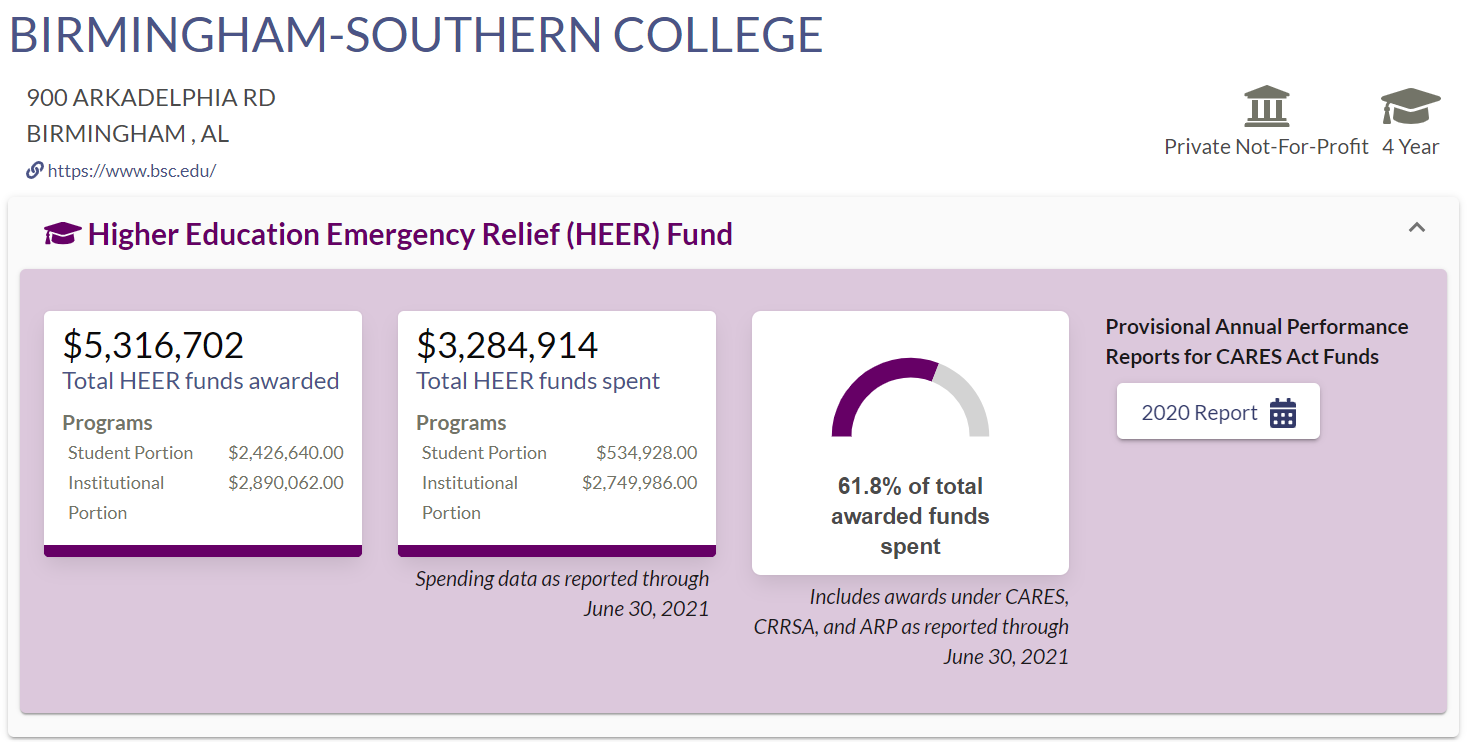 The new guidelines also include punishment for those who fail to comply. BSC’s new protocol allows for the revocation of online access to school material that are “essential to academic success” for students who do not follow the new guidelines regarding masks.

The policies have received harsh criticism across the state. On Thursday, State Senator Phil Williams, on his radio program Rightside Radio, said BSC was creating a “caste system” between vaccinated and unvaccinated individuals.

The College Republican Federation of Alabama released a statement condemning the new policies. In their statement, the CRFA claimed, “This is a blatant attack meant to shame students who are not vaccinated.”

The new school policy  comes just a few days after Alabama Attorney General Steve Marshall clarified the application of SB 267, which was signed into law on May 24, stating private and public colleges in the state cannot add new vaccination requirements.

While other Alabama higher education institutions are implementing incentives for students to vaccinate, no other school has adopted an extra fee.