On April 20, 2021, a Catholic High School in Washington state became a mass Covid vaccination site for the majority of students, ages 16 and above. The Office of Superintendent of Public Instruction said they are not aware of any rules against these events. Parental permission was not addressed. The CDC Immunization Plan lists state laws regarding recommendations as well as the exclusion of exempted students from school during outbreaks, but is not updated for Covid.

The Washington rollout is part of a massive PR campaign to promote acceptance of the unapproved jab in the school setting. In the article, the principal says they can vaccinate over 500 students, and alleged students promote the experiment as a relief package:

California schools are approved as vaccination centers and await the first doses to be shipped:

L.A. County officials “are working with several districts in trying to set these up and will publicize [them] once plans are finalized,” the department stated. The goal would be to have these prepared to launch by early February, “when we expect to begin giving vaccine to Phase 1b which includes the education sector.”

Vaccine centers are planned for area High Schools from Nebraska to Kentucky, Michigan, and everywhere in between. Across the pond, Europe is doing the same. A former Grammar School in Letchworth, England, is being used as a large scaled vaccination center. You get the global idea.

Why have public schools become mass vaccination centers around the world?

Because it has been done before.

In 2019, dentists in Oregon, and pharmacists in all 50 states, were given permission to inject your children without your permission.

Vaccine makers, such as Pfizer, are requesting FDA clearance for vaccine kits to inject kids ages 12-15. The Wisconsin governor signed Wisconsin Act 25 into law, allowing Pfizer’s Pleasant Prairie facility in Kenosha, Wisconsin to ship Covid vaccine kits made by other companies. The Kenosha facility is one of three distribution centers in the nation. Memphis, Tennessee and Kalamazoo, Michigan are the other locations. Pfizer and the Wisconsin Alumni Research Foundation already have a relationship for human embryonic stem cell patents and new drug therapies.

What makes it acceptable to deliver vaccines to children through the public schools? 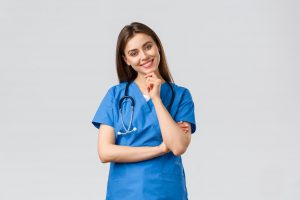 Over 80 Covid rollout plans and nearly 200 countries have begun vaccinating their populations in school vaccine centers. The orchestrated mass vaccination plan began centuries ago in every country.

In the U.S., Goal #4 of the 2015-16 National Vaccine Plan, Health care providers must continue to improve access to and acceptance of vaccination providers in nontraditional healthcare settings. School-located vaccination (SLV) can augment other emerging alternative vaccination sites

The SLV strategy is described in a position statement by the National Association for School Nurses which represents the government-approved narrative. Their Journal of School Nursing reports:

School nurses are trusted professionals within the school and community settings and can play a pivotal role in the success of SLV. They are ideally placed to identify students who have missed vaccines.

The American Academy of Pediatrics sells itself as a group dedicated to the health of all children.  Their 2017 study suggests that “SLV is key for adolescents who have significantly lower rates of vaccination due to lower rates of office-based visits.”

Registered providers claim they can deploy biologics without parental permission. The Nurses Association claims that “School nurses are well-versed in the importance of deterring and eradicating vaccine preventable diseases and the issues that are unique to their school community.” Does that qualify them to replace parents to decide what is best for each child?

The school is an ideal place to reach 52 million children from all cultures, socioeconomic groups, and age groups that attend each day; and the school is conveniently located in a familiar and trusted community environment. SLV also offers a convenient option for parents to have their children receive needed vaccinations without having to arrange for a healthcare provider visit or take off time off work.

Mass vaccination has been recycled many times under many names:

However, The American Medical Association (AMA), among other groups, once claimed that the flu and childhood infections, such as measles, were benign childhood illnesses. Then, in 1967, the Public Health Service marketed the measles vaccine as a way to eradicate the measles virus through a mass vaccination campaign.

Somewhere along the way, the AMA claimed these once mild diseases had suddenly become highly contagious and resulted in “illness, disability and death.” Was it because highly vaccinated populations no longer enjoy life-long immunity?  Why do some vocal doctors go against the grain to admit there is nothing to fear with natural measles infections? For further reading, see Vaccines: the death of natural immunity.

The Healthy People 2020 Act had planned for schools to “play a key role in the deterrence of “vaccine preventable diseases” because high vaccination coverage is “an important public health objective.” SLV claims an important opportunity to immunize youth with limited access to healthcare services in the community at large. In advance of this Act, studies had evaluated whether state laws permit the implementation of standing orders programs (SOPs) to increase uptake of vaccines.

In February, 2021, Philippines president Duterte said that local government officials can use public schools in urban areas to accommodate Covid immunization programs if there are no suitable venues like gymnasiums. Police stations and military camps can serve as vaccination centers in far-flung areas. 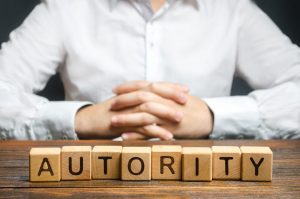 By what source of Authority do registered nurses, public school systems, public health authorities, and world leaders unite unanimously to claim power over your rights to force an experimental “emergency use authorization” vaccine?

Pay attention to the language. There is no such thing as “Public Health.” Public health is a term created by the Rockefeller Foundation in 1913. “Public health” does not exist outside of individuals, who make up the public. The Public is a myth that governments promote in order to manufacture consent to justify its right to rule and to maintain the herd status quo. In truth, there is only individual opinion, individual safety, individual bodies, and individual perception.

When individuals buy into a Public Health ideology, critical thinking stops. Suddenly, people believe that benign childhood illnesses do not exist and every infection, from flu to measles and Chicken pox, is lethal. They believe CDC-approved shots can be ineffective one year but “safe and effective” the next. They believe that experimental COVID vaccines must be safe, even as these unapproved shots are causing blood clots and being suspended in several states, while they await approval to reenter the market.

Public “vaccine rights” mandates are attempts to legislate choice. Do public schools and their directors practice medicine without a license? Is there a way to circumvent the laws by changing the laws? Oklahoma law (Bill No. 2339), did just that related to Schools:

As provided in the Parents’ Bill of Rights, a student shall not be vaccinated at school or on school grounds or receive a vaccine as part of the mobile vaccination effort without prior written authorization, including the signature of the parent or legal guardian of the student for the vaccine or group of vaccines to be administered during a single visit.

Under these circumstances, there are 100 reasons to Home School Your Kids.  Nearly two million U.S. children are homeschooled, and the homeschooling population is increasingly reflective of America’s diversity, and the need for self-directed learning. Is it time to try something different? 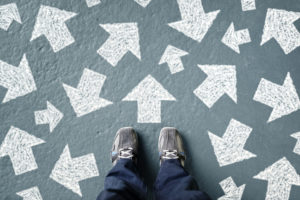 While college campuses are now requiring the Covid vaccine to return to Fall classes for the 2021 Semester, what happens when the new variants require their own unapproved vaccines? Will students comply without question? China now admits that COVID vaccines produced by private and state-run groups are not effective. Of course, China already exported 400 million vaccine doses to countries in Latin America, the Middle East, and Asia.

If coerced into unproven injections, know your rights and stand your ground. Know where you stand. First, know that no government entity has the authority to take away your livelihood by forcing a medical procedure. Standing your ground means questioning authority. Ask the question, “Do you have the authority to take away my livelihood and force a medical procedure on me?  They do not, no matter what they say. Hold your position and end the conversation. Learn more with Tom Barnett.

Choice is the power of the individual to say no, and stand your ground. Choice means you can cease to participate is a system of coercion. Non-compliance is an option. You can end the ruse of the Public Health authority and maintain your autonomy along with your humanity, but you must understand the greater plan that targets the children in the schools.