The Illusion of Convenience The convenience of living in a city is an illusion.

In cities, people perceive easier access to things like grocery stores, bars, restaurants, gas stations, water supplies, all considered “essential” to life. In a city, the conveniences allow you to live alone if you choose. But you must also support yourself to do so.

Under new COVID restrictions, new lockdowns and quarantines mean that many of the conveniences once considered essential are deemed “non-essential” by a few authorities who determine what is “essential” for everyone.  However, some things never change. Grocery stores sell adulterated foods. Bars are excuses to become inebriated. Transportation often requires a car and gasoline. Many water supplies are contaminated with known (fluoride and chlorine) and unknown toxins. And the unemployment rate in the U.S. is at ten million Americans.

Meanwhile, the “experts” continue to change the story of a runaway virus dubbed Covid-19 that was used as the excuse to shut down the cities. One minute China finds a new deadlier virus, and the next, new evidence suggests that the first virus may have emerged from outside Wuhan. First, the Covid vaccine is safe, then it comes with a rare blood disorder. With so many contradictions and unknowns marketed under new fears, does anyone notice that ‘convenience’ is being redefined?

The illusion of convenience is the new reality…

When voting loses its appeal due to rigged S-elections, and counting votes no longer matters…

When hospitals and nursing homes restrict entry to families… 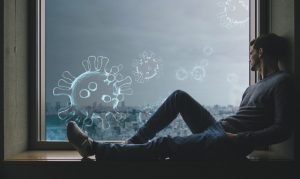 When city theaters shut down, and there is no longer a place to “escape” from life in the city, except through Reality TV….

When more energy is spent than received…

When government authorities are not accountable for their actions…

When you realize that all conveniences have consequences. 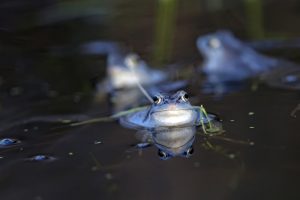 Cities are in the process of a transformational make-over. It is a sign that life is resetting itself on a global scale of conformity. It is important to notice these changes lest you wind up as the unfortunate frog in a slow boil.

Under the United Nations “Smart Growth agenda,” new Smart Cities will build Stack-N-Pack housing, similar to that of China and Japan, to create smaller spaces for more people. Does it make sense to live like sardines to avoid illness?  Citizens will be required to conform to new rules and dictates that may or may not be backed by law. For instance, dictates that necessitate face masks and immune passports to travel are not currently backed by any law. They exist solely because citizens silently acquiesce to them.

New Executive Orders (also not law) by a new president abolishes neighborhood and community choice. Cities will be encouraged to abolish single-family zoning, and compel the construction of high-density ‘stack and pack’ apartment buildings in residential neighborhoods. China has already built Smart Cities, telling the masses that they must accept relocation from rural to urban because it will fuel the Chinese economy of the future. China’s Social Credit system is a punishment/reward system as part of the new economy. Are these cities really surveillance cities? What happens in China spreads like a virus. 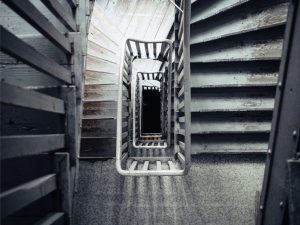 Under the National Security Agency, (NSA) surveillance programs follow everyone through phone records, email, social media, and chipped products, including clothing, cell phones, prescription drugs, and medical devices. NSA stores billions of records per day in their databases. New extreme lockdown measures mean another round of shutdowns for “nonessential” businesses with penalties for gong beyond a 3-mile radius from home, which is happening in Ireland.

Under the Constitution, city police are not required to protect anyone from harm by another person, not even a child. 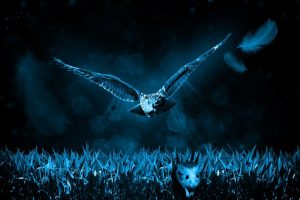 Do you live in a city or in captivity?

Are you predator or prey?

Do you really need the city to live?

In order to shift the illusion that IS reality, you will need to change perspective, respond in new ways, and to remember who you are.

In a world where illusion IS reality, what do you want to create when the sky is no longer the limit?

Before you embark on your creative adventure, it is time to prioritize necessity over convenience. How do you begin? 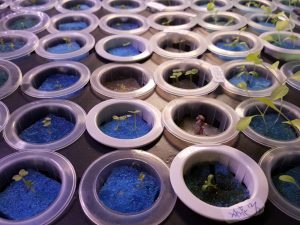 1. Build a tribe from the ground up, with like minds.

Grow some of your own food and herbs, via hydroponics and community gardening.

Secure a water source and a way to clean it using plants.

2. Support the place where you live and how you want to live.

Find strength in yourself and in numbers.

3. Preserve your rights to navigate your freedom.

Understand who you are and where your rights come from. Hint: Rights do not come from government. Government is established to protect your rights.

4. Do not depend on transportation that comes with new “benefits and privileges” in order to travel.

Create a closed-loop system with your community for true self-sufficiency and you may only need to travel short distances.

5. Reconnect to the power that has always been yours, your spirit.

Protect your spirit by keeping your body your property. And make your choices from your heart.

It’s time to be more creative with new tools for new solutions since the old solutions are the tools that brought us to this point. It’s time to break out of the illusion of convenience to create a new reality and preserve freedom and life.