Every year, more and more people require a government-issued license to do their job.

License definition: permission granted by an authority (as of a government or a business) to do some act or transaction which would be unlawful without such permission.

Licensure is on the rise despite a 2018 Institute of Justice study estimating that licensing costs the American economy nearly 2 million jobs and up to $197 billion annually. The document License to Work found that, for lower and moderate income occupations – hair stylists, massage therapists, preschool teachers – licensing was overly burdensome and irrational. In 2016, The Wisconsin Institute for Justice reported:

Onerous occupational licensing laws that force people to undergo thousands of hours of often redundant and gratuitous training to perform jobs like auctioneering, tree trimming, and hair styling. …licensing laws are the result of higher-skilled professionals seeking to protect their market share at the consumers’ expense. 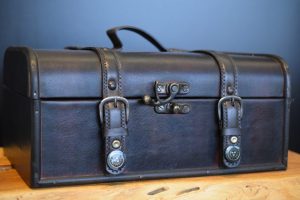 Between 1875 and 1900, conventional medicine began passing license laws that granted national associations, such as The American Medical Association, (AMA), the right to oversee and regulate the practice of medicine, as well as collect heavy license fees. Government agencies, such as the FDA, do not apply regulations to treatment regimens or practices, only to products.

Conventional medicine, today, is a for-profit global industry, with the top 11 drug companies in 2012 making almost 85 billion in profit. With disease rates rising over the last century, and facing poor medical outcomes during a flu pandemic that is no different from any other flu, many professionals from diverse fields are pleading to go back to traditional medicine used by indigenous medicine physicians.

However, licensed medical doctors, under the direction of the AMA, have not stopped crusading to criminalize unlicensed holistic practitioners for ‘practicing medicine without a license’ under the Medical Practice Acts. In addition, licensed holistic practitioners, who want to be like their medical counterparts, would also force licensure for everyone.

licensing laws raise prices for consumers by $1.93 billion each year and result in roughly 31,000 fewer jobs. Over the past two decades, the number of license holders has jumped by 34 percent in Wisconsin. Meanwhile, the number of occupational licensing categories has soared by 84 percent.

While licensed doctors attempt to legislate choice for everyone, their medicine continues to be a one-size-fits-all approach. In failing to evolve, the medical system applies a license like a vaccine:

Where a license is used as a shield to protect the medical industry, a vaccine is a shield that provides legal immunity to vaccine makers against lawsuits from vaccine damage.

Where a license replaces inherent rights for acquired rights and privileges, a vaccine usurps innate immunity for acquired immunity.

If vaccines work so well, then what do the vaccinated fear from the unvaccinated?

The “Standard of Care” Deception

The medical authority determines the “standard of care” which is a degree of care a doctor is expected to exercise. Standard of Care is based on practice guidelines, the medical literature, hospital policies and procedures, state and federal regulations, and other sources. A 2005 article in the Journal of the American Academy of Psychiatry and the Law stated that “The precise definition of the standard of care varies from one state to another… Practice guidelines evolve and change, driven by new developments in clinical practice and science… After 5.8 years, half of the practice guidelines are outdated.”

In reality, standards do not exist. They shift with opinions, especially in a world where patients can get a second or third or fourth medical opinion for each diagnosis. Everyone is entitled to an opinion. The Centers for Disease Control and Prevention (CDC) holds the opinion that vaccines are “safe and effective.” The US Supreme Court holds the opinion that vaccines are “unavoidably unsafe.” And the British Medical Journal holds the opinion that medical error is the third leading cause of death in America, known as iatrogenic, or “doctor-caused” death. In 2021, with rising healthcare costs, rising disease rates, and rising uninsured people, it appears as if the medical system is designed to fail.

Under the scope of the Medical Practice Act, a medical school graduate must first acquire a license before he or she can legally practice and use the title “MD,” “DO, “DC, “physician,” or “doctor.” 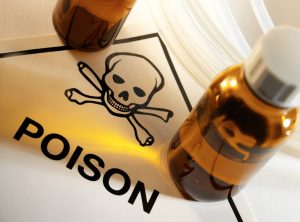 Licensed allopathic medicine allows the doctor to prescribe toxic synthetic drugs that include black box warnings and adverse health effects, many of which come with an LD50; the Lethal Dose of a drug that kills 50 percent of the tested population.

Licensed medicine limits free thinking and professional growth by keeping doctors busy, while also threatening doctors for suggesting holistic healing alternatives since the doctor is liable under threat of malpractice. Malpractice is  “an instance of negligence or incompetence on the part of the professional.”

Licensed medicine means the State owns your body, as a ward of the state, and can claim your body, if they determine you to be incompetent.

Licensed medicine allows a medical doctor to “prescribe,” “treat” and “diagnose,” to puncture the skin, and to cut into the body.

If the license works so well, what do licensed doctors fear from unlicensed healers?

Holistic healers work with Nature’s tools such as herbs, sunshine, clean water, real food. They do not treat symptoms with FDA-approved synthetic drugs, but look for the cause and allow the body to heal itself. The holistic healer sees each individual as pure potential and unique in body, mind, and spirit. Individuality over Uniformity.

As has been the case since 1900, the practice of licensed medicine co-exists alongside unlicensed medicine because choice exists. One cannot legislate choice for another. As history shows, rulers do not eliminate choice through unjust laws. They only drive it underground.

In a free society, everyone has the right to give advice and the right to choose advice from allopaths, osteopaths, naturopaths, homeopaths, herbalists, and chiropractors.

Right To Be Left Alone

The right of privacy is a Constitutional right that means the right to personal autonomy, or the right to choose whether or not to engage in certain acts or have certain experiences.  The right to privacy:

includes a general right to be left alone and to be protected from governmental interference. It also includes the freedom of the individual to make fundamental choices involving the individual, his or her family, and relationships with others, except where such choices prove to be harmful to others and possibly oneself.”

With few exceptions, an absolute right to choose any treatment has not held up in court. One exception:

[W]e see no reason why a patient should not be allowed to make an informed decision to go outside currently approved medical methods in search of an unconventional treatment. While a patient should be encouraged to exercise care for his own safety, we believe that an informed decision to avoid surgery and conventional chemotherapy is within the patient’s right “to determine what shall be done with his own body.

How to Preserve Choice? 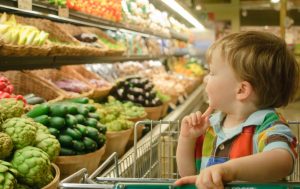 According to a National Health Statistics survey published in the Journal of the American Medical Association, two out of five, or 40 percent of Americans choose to spend $33.9 billion annually, out-of-pocket, on products and services ranging from nutritional supplements to yoga and chiropractic care. Alternatively, Forbes magazine reported in 2019 that healthcare system waste hit $935 billion a year.

The State of Wisconsin was featured in the March 2000 Journal of Family Practice  showing demand for more alternative healing options. Four reasons emerged as the basis for this: 1) Holism (whole person approach), 2) Empowerment, 3) Access, and 4) Legitimization.[i]

Like rights, healing and freedom are embodied. They are inherent. They require no license. Using free-will, each individual authorizes any practice over his own body, his private property, through consent or the withdrawal of consent.

People who seek to preserve choice and legitimize holistic medicine must stand up and speak out for that right. Each is responsible for her own body and her own health. When it comes to choice, the only freedom you have is the freedom you defend.

In legislating the choice to heal, do legislators practice medicine without a license?

The National Health Freedom Action is a non-profit organization working to protect your choice in order to access natural healing modalities, while also protecting the rights of practitioners of Naturopathy, Herbalism, Homeopathy, Ayurveda, etc., to practice medicine without a license. Contact them at www.nationalhealthfreedom.org/nhfa. In Wisconsin, contact the Wisconsin Health Freedom Coalition  and join me to preserve choice and access to holistic practitioners.

Rosanne Lindsay is a board certified Naturopathic doctor under the Turtle Island Provider Network. She is a writer, Earth Keeper, President of the National Health Freedom Coalition, co-founder of Wisconsin For Vaccine Choice, and author of the book The Nature of Healing, Heal the Body, Heal the Planet. Find her on Facebook at Rosanne Lindsay and Natureofhealing and consult with her using the tools of nature to heal yourself (virtual consults available) at natureofhealing.org, where this article first appeared.