To give up (R)esponsibility or (C)hoice, under mandates, is to give up (F)reedom and (H)ealth. This is an equation of morality.

When governors, or other authorities, use mandates to change the health freedom equation, they give themselves power to become tyrants. A tyrant is someone who uses power without legal authority.

There is no reason to consent to mandates declared by tyrants who have no authority to mandate anything, as California Governor Newsom openly disclosed on June 18, 2020.

Who certifies the certifier?

Mandates, like tyrants, only have power if you let them take it.

Free-will is a combination of free choice and will power. It is your inherent right not only to choose between an apple and an orange, but to decide not to eat either of them because they both contain poison. Free-will is the battery in the light saber in your back pocket. You only need to recharge your battery to make it work for you.

Mandates do not exist in a free society, because mandates are NOT law.

America is a nation of laws. So whether a mandate is based on the threat of a virus, an asteroid, or an alien invasion, when you give your attention to tyrants and mandates, you give up your energy and your power.

California officials, who follow the laws, replied that they would not enforce the governor’s mandate. The mayor of tiny Nevada City said, “[o]ur Governor does NOT have the unilateral power to make such orders.”

Government derives its authority from the consent of the governed. This means that the people consent to be ruled by others. However, when rigged S-elections make a mockery of (F)reedom, then the people must (C)hoose to reclaim (R)esponsibility for their role in the process and hold government officials accountable for their actions.

The forefathers warned about threats to (F)reedom. They advised that each of us must be ready to dismantle a rogue government to preserve freedom. The Declaration of Independence is a man-made document that limits the power of government:

That whenever any Form of Government becomes destructive of these ends, it is the Right of the People to alter or to abolish it, and to institute new Government, laying its foundation on such principles and organizing its powers in such form, as to them shall seem most likely to effect their Safety and Happiness. 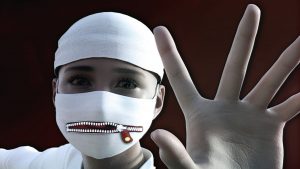 As if to test his powers of persuasion, on November 16, Governor Newsom superseded his original guidance to declare that masks are required to be worn outside the home, exempting children under two and those with medical conditions.

Science is not part of the Health Freedom equation. Therefore, it important not to get bogged down in any science debate because science does not determine morality.

Science cannot give you truth. All it can determine is internal self-consistency” based on data within the confines of time and distance. Everything else must be rejected. —William A. Tiller, professor, author.

When it comes to truth and morality, science is a distraction. The science “experts” in the media (Bill Gates, Anthony Fauci) do not speak for science. Beware of governors or presidents who say, “We are following the science.” Beware of leaders in the Truth movement who deceive by pushing a science narrative.

To follow the science is to be caught in unending debate, since science is debatable by its very nature. Whereas one scientific study can conclude that homemade masks are beneficial, another study can conclude that all masks are purely symbolic. You find what you seek. While debating the science, mandates are rolled out without due process or understanding. Therefore, science cannot be used require anything of anyone. There is no law that requires you to wear a mask or be coerced to accept an injection, according to Title II of the Civil Rights Act.

Science cannot solve the ultimate mystery of nature. And that is because, in the last analysis, we ourselves are a part of the mystery that we are trying to solve. — Max Planck, Where Is Science Going? 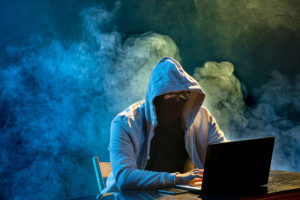 When science is used as a tool of coercion, science becomes Scientism, a religion where scientists become priests who carry out rituals. Scientism posits that all truth is exclusively derived from science itself, excluding all other forms of knowledge and thought. Scientism dictates the “absolute truth” and the means to enforce it.

Some people claim that the focus on science “raises awareness.” At the same time, they fail to see that awareness exercises do not ensure freedom, choice, health, or safety. Awareness of S-election fraud over the years does not change corruption within the system.

The desire for more power by authorities always reflects a lack of power within. To compensate, authorities use force in place of power. There is a difference between power and force. As David R. Hawkins writes in his book, Power vs. Force: 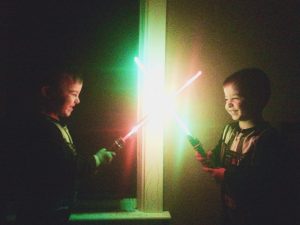 When you recharge your light saber, you take back (R)esponsibility for your power to enlighten and expand the Spirit of humanity. Your job is to shine your light, whether others see it or not. To evolve as a conscious being is to see yourself as interconnected to everything around you. As you share knowledge,  you send an energetic ripple that affects others around you.

During a concerted, global effort by certain forces to disempower humanity, there is always an opportunity for you to make an immeasurable impact that affects all.

We live in a symbiotic relationship with our planet, separate yet connected. Each of us holds different perspectives, beliefs, and thoughts. And yet, whether you believe the planet is round or flat, oblong, diamond shape, or somewhere in between, none of it matters in the greater evolutionary picture. What matters is you.

Are you distracted from who you are? 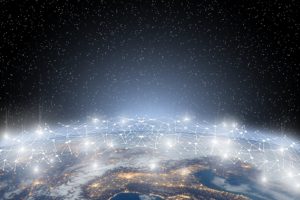 You are not disempowered. In order for humanity to evolve, it is helpful to adjust perception and refocus on all that you are. You are a Sprit-Soul-Body. In order to see the bigger picture, simply close your eyes to the physical world and work from your unseen aspects of intention and focus.

What you see around you shows you what you focus on. If we, as humanity, do not accept (R)esponsibility for what we create around us, by our thoughts and beliefs that lead to our actions, our species will devolve and disappear while others create their vision at our expense. While the body is finite and reflected in the Earth from which it was created, the Spirit is limitless, from another realm.

The intangibles of life, things we cannot see, come from within our energetic core. Power does not come from the Declaration of Independence or any document created by man’s laws. Power comes from within, just as Love does. So does (F)reedom, (H)ealth, and (C)hoice. Each of us embody these aspects. We must only reclaim them  to preserve our (F)reedom under the Laws of Nature. During this time where humanity is at a crossroads, listen to my podcast, Transcending Illusion to Create A New Reality, for more ideas.

The opportunity to create what you want is literally waiting in your back pocket, within your grasp.