Governments around the world are rushing to deploy a new, experimental COVID vaccine, “at warp speed.”

Are we all on the deck of the Starship Enterprise?

Current estimates project that 200 million doses of COVID vaccine, a two-shot treatment for 100 million people, will be available by the end of 2020.

Under section 564 of the Federal Food, Drug, and Cosmetic Act (FD&C Act), the FDA commissioner has the authority to allow unapproved medical products to be used in an “emergency” when there are no approved alternatives.

Before rushing into The Final Frontier traveling faster than the speed of light, why not heed the wisdom of Jean Luc Picard, Captain of the Enterprise, when he warned, “No being is so important that he can usurp the rights of another.”

Focus on the Headlines 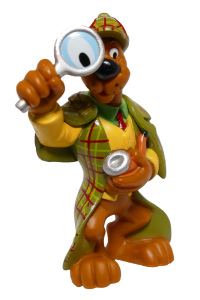 If ever there was a blatant warning that does not require reading between the headlines, it is this: Beware of the new, untested, genetically modified COVID vaccine. Don’t say we didn’t warn you. Collateral damage happens.

Whenever the government has rushed an experimental vaccine to market, the outcomes have been disastrous. The story has been told many times before through the media headlines.

Nothing ever needs to be rushed when it comes to ensuring safety because alternatives do exist, from the drug, Hydroxychloroquine, to mineral supplementation and medicinal herbs.  Survivors of the Spanish Flu pandemic used homeopathy, a proven holistic alternative, with great success, even though there is no mention in the headlines.

The headlines love software developer and appointed COVID spokesperson, Bill Gates, who disclosed that 700,000 people could die from this vaccine. This figure is suspiciously close to the figure seen on the Georgia Guidestones, whose message is to maintain humanity under 500,000,000 (from 7 billion).

If you scan the news, you will find the high-risk groups for COVID deaths. The headlines read: “40% of Central Florida COVID deaths from nursing homes,” and “more than 6,000 coronavirus deaths are tied to Massachusetts long-term care facilities.” Nursing homes and long-term care facilities are the same groups targeted for the first round of vaccines.

First To Be Jabbed

A U.S. panel has decided for everyone that the 1st injections will go to health care workers and nursing homes. Headlines read, “Massachusetts nursing home staff to face flu-shot requirement.”

Don’t be alarmed if people start dying after taking the vaccine. – CNN

Is CNN warning that the first to be jabbed will be the first to die? Are they disclosing a pattern for past epidemics and mass vaccination campaigns? Is truth being disclosed in the headlines? Do the headlines provide informed consent for the masses?

Vaccine makers, who are not liable for vaccine injuries and deaths, claim that they have a limited number of vaccines to deploy in the first phase. For instance, Moderna, says most people in the US will have to wait several months before they might have access to a coronavirus vaccine. And it could be years before everyone in the world can get vaccinated against COVID-19. Pfizer, which says its vaccine is 95% effective at preventing coronavirus infections, is expected to produce the first COVID-19 vaccine to receive FDA authorization in the coming weeks.

If experts claim that the vaccine will work at 95% efficiency, why reveal that you can get the virus more than once?

Before you consider if you belong to any of the priority groups, ponder this: What good is a 95% effective vaccine to prevent an infection that could make you a death statistic in the process?

If hindsight is 20/20, then people should be able to track past vaccine disasters for Polio, Swine flu, and H1N1, to name a few. However, people also have short attention spans.

In 1955, the government announced the first vaccine to protect kids against polio. More than 200,000 children got the polio vaccine, but within days the government had to abandon the program. The Cutter Incident resulted in 40,000 kids getting polio, including 10 deaths, from the polio vaccine. Later, from 1955 to 1963, it was found that between 10% and 30% of polio vaccines were contaminated with simian virus 40, which later resulted in an increased incidence of certain cancers among the 98 million people exposed to contaminated polio vaccine. About 90% of children and 60% of adults in the U.S. were inoculated for polio and possibly exposed to SV40. 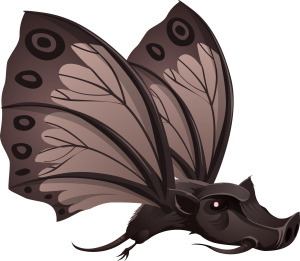 In 1976, forty-five years ago, scientists predicted a pandemic of a new dangerous strain of influenza dubbed, Swine Flu. The federal government planned to buy 200 million doses of vaccines developed by drug companies and distribute them for free to state health agencies. President Ford misled people into believing that Swine Flu could be as bad as the Spanish Flu.  The prediction that 50 million Americans would be sickened by swine flu never came to fruition.

Of the 46 million people who obediently took the shot, 4,000 Americans claimed damages from Uncle Sam amounting to three and a half billion dollars due to vaccine damage. Many developed Guillain-Barré syndrome — a disorder attributed to vaccines that can cause muscle weakness, paralysis, and even death. The program ended when 25% of the populated got the jab. See Mike Wallace of 60 Minutes expose the 1976 Swine Flu Pandemic Vaccine Injuries. During the fall of the following year, people feared getting the flu shot.

“I am terrified about getting a flu shot after all the troubles it caused last year,” wrote Martha W. on Sept. 26, 1977.

In June 2009, the World Health Organization declared an H1N1 pandemic, marking the first global pandemic since the 1968 Hong Kong flu. The H1N1 strain of flu was the result of a reassortment of human influenza and swine influenza viruses. This suggests that viruses can jump the species barrier [more on that later]. In October, 2009, president Obama declared a National Emergency. The declaration gave DHHS Secretary extraordinary powers during a crisis. Health experts called it a false pandemic, insisting it was “just a normal kind of flu.”  Ten years later, history repeats itself…

…the case fatality rate may be considerably less than 1%. This suggests that the overall clinical consequences of Covid-19 may ultimately be more akin to those of a severe seasonal influenza (which has a case fatality rate of approximately 0.1%). – Anthony Fauci, March 26, 2020, New England Journal of Medicine editorial

Has vaccine science  evolved since 1955, or 1976, or 2009 if the same pattern keeps repeating? Question the research:

Does the annual Flu vaccine increase your risk of other respiratory viruses?  Yes.

Does the annual Flu vaccine increase your risk of getting the flu? Yes.

Does the annual Flu vaccine increase a child’s risk of hospitalization for flu by 3 times? Yes.

Does the annual Flu vaccine increase your risk of COVID19?  Yes.

Does the COVID vaccine bring on new deadlier strains, similar to the HPV vaccine, due to making the body more susceptible to infection?

Why bring up HIV?

Because the vaccine’s molecular clamp is made from a HIV protein, as well as mRNA and lipid nanoparticles. According to a December 2020 study in bioRxiv,* the vaccine also contains a SARS-Cov-2 spike protein, which, by itself “can induce macrophage activation in pulmonary tissue and induce acute inflammation” in the lungs.

Does history repeat itself?  Yes

Has any of these viruses ever been isolated?  No.

When politics and science form a consensus, integrity and truth are lost.

Perhaps the greatest deception in repeat pandemics is that “the virus” has never been isolated. There is no true viral pandemic in human history since humans make viruses (exosomes) within their own cells.

The only person you’re truly competing against is yourself. – Jean Luc Picard, Captain, Starship Enterprise

As all students of biology know, viruses are not alive. They depend on the components of a cell for survival. Therefore, a virus is not contagious. The Coronavirus deception will never be reported in the headlines because a protein sequence is not a Bestseller. The CDC states:

Since no quantified virus isolates of the 2019-nCoV are currently available, assays [diagnostic tests] designed for detection of the 2019-nCoV RNA were tested with characterized stocks of in vitro transcribed full length RNA.

RNA is a protein sequence. Not a virus.

If viruses do not live outside cells, then how do they cross a species barrier to become a chimera, part pig and part human? The same way SARS and CoV2 meet and mingle. In a Petri dish of a laboratory. The virus is nothing more than an elaborate distraction to reset society under global mandates to coerce compliance in illegal dictates because people have allowed themselves to be easily misled.

There can be no justice so long as laws are absolute. – Jean Luc Picard, Captain, Starship Enterprise

After January 2021, the simulation continues. The next president would lock down the U.S. for 4-6 weeks to “contain the spread of the virus” that did not respond to the first lockdown. Viruses do not respond to lockdowns, face masks, social distancing, or vaccine mandates because they are not alive. They are not a threat. However, the politicians and scientists who promote the virus deception are.

As people buy into Operation Warp Speed, politicians and scientists are hopeful that people will also buy into the latest, December 2020 headline declaring that a new annual, “universal flu vaccine shows promise.” However….