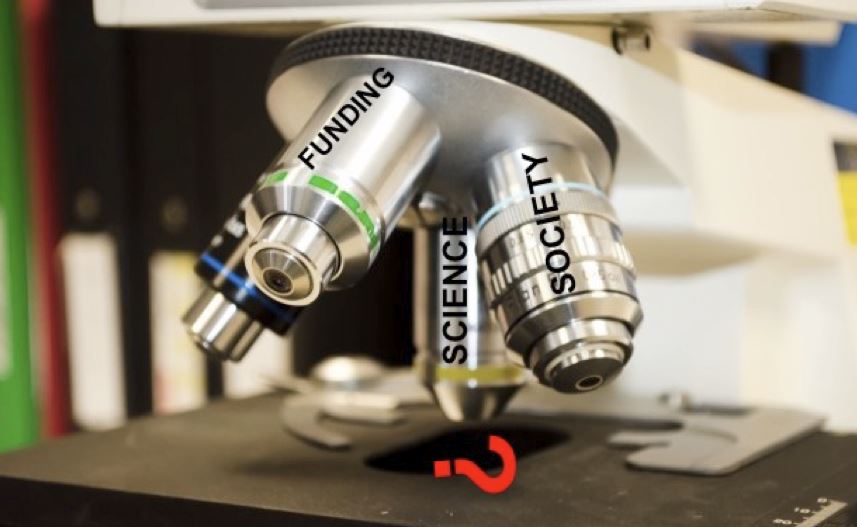 Under the emphatic headline ‘This has to stop,’ my good friend, bestselling author Arielle Ford (The Soulmate Secret), posted an article claiming that Google was burying Alternative Medicine sites to ‘protect people against false claims.’

Among the comments from her readers was someone who wrote in to defend Google’s and Wikipedia’s decisions. As it turned out, he revealed, he was one of Google’s rankers, who determine the placement of information on the search engine’s pages.

By the end of the day, he thought better of telling the world that he is an invigilator and deleted the comment.

This was a fascinating, if brief, insight into the minds of Google’s and Wikipedia’s adjudicators and how they are determining what version of reality the likes of you and me are allowed to see.

I have to take issue with this fellow’s definition of the word ‘scientific.’

Let’s just review how drug research – the very mainstay of Mayo Clinic practice and the practice of most conventional medicine around the world – gets conducted and adopted.

A good percentage of the medical research published in the world’s top medical literature is ghostwritten. In the pharmaceutical world, ‘ghostwriting’ has a particular meaning.

A drugs company will hire a PR firm — known in pharma-speak as a ‘medical education and communication company (MECC)’ – to prepare clinical trials, engage a ghost to write an article with a positive spin on the results, and then enlist a prominent academic to put his name to a paper he’s had nothing to do with in order to give it a patina of respectability.

This ‘study’ will then be submitted (and usually published) in a respectable medical journal.

That study then is published and becomes part of the scientific canon.

I’ve written about the following case study before, but it’s worth reiterating it here.

This practice of PR parading as scientific research first came to light in 2010 during the discovery process in a class action of a lawsuit against drugs manufacturer Wyeth by 14,000 women who developed breast cancer after taking Premarin, its bestselling hormone replacement therapy drug.

It was only with the efforts of PLoS Medicine, the Public Library of Science’s peer–reviewed open access journal, and the New York Times that Wyeth’s sealed documents about the marketing of Premarin were made available to the public.

The 1500 documents reveal how DesignWrite, an MECC hired by Wyeth, launched a major damage-limitation exercise after the first clear study emerged demonstrating a link between HRT and life-threatening illness.

Wyeth’s HRT products had reached annual revenues of $2bn, but that all changed in 2002, when the US National Institutes of Health-sponsored Women’s Health Initiative (WHI) study discovered that HRT increases the risk of breast cancer, ovarian cancer, stroke and heart disease.

The risk was so unequivocal that the researchers running the study called a halt to HRT use in their patient population.

Wyeth’s sales abruptly nosedived by some 65 percent after the first WHI reports, when doctors were understandably loath to prescribe the drugs to their patients.

DesignWrite then produced an ambitious marketing plan to flood the professional press with positive stories about Premarin. This “comprehensive publication program,” it claimed, would include “peer-reviewed journal articles, editorials, letters to the editor, sales training backgrounders, and critiques of the current literature, all designed to support the marketing efforts by Wyeth-Ayerst for the Premarin Family of Products.”

The disclosure papers show that these PR-generated articles appeared in 18 prestigious medical journals, including the American Journal of Obstetrics and Gynecology and The International Journal of Cardiology.

The true purpose of all this was a massive effort to influence the prescribing habits of doctors; as DesignWrite noted in correspondence with Wyeth, “Research shows high clinician reliance on journal articles of credible product information.”

According to Adrian Fugh-Berman, of the Georgetown University Medical Center in Washington, D. C., who has carried out a complete analysis of the Wyeth disclosure documents, the ghostwritten articles downplayed the carcinogenic potential of HRT, claimed that HRT had cardiovascular benefits, and promoted off-label and unproven uses of HRT, such as for prevention of dementia.

Many of DesignWrite’s articles disputed the WHI’s conclusions, or implied that breast cancers caused by HRT are less aggressive and easily treatable.

About the same time as this ghostwriting blitz, an organization called the Council on Hormone Education, working with University of Wisconsin-Madison’s School of Medicine and Public Health, launched a medical education program for doctors to promote hormone therapy and downplay the risks.

Thousands of doctors around the US took this online course, entirely funded by a $12 million grant by Wyeth. The University of Wisconsin received $1.5 million of the money, and university faculty were also individually paid.

The course material was largely developed by — you guessed it — DesignWrite.

And the Council on Hormone Education? Why, it was formed by DesignWrite and Wyeth, with the help of the University of Wisconsin.

Of the 40 member physicians on the council, 34 —including the course chairman, a UW doctor and professor of medicine — had financial ties to Wyeth.

After Wyeth’s deception was laid bare, the evidence shows that their practices are simply standard operating procedure.

In a review carried out between 1994-5, the Scientific-Ethical Committees for Copenhagen and Frederiksburg concluded that as much as three-quarters of every medical journal could be ‘ghosted’ – either the paper was prepared or promoted by an MECC or the author didn’t write it.

At the time, the ordinarily sanguine British Medical Journal noted that it’s highly likely that the medicine’s “current evidence base. . . contains incomplete and questionable evidence” and a major effort needs to be done to “re-evaluate the integrity of the existing base of research evidence.”

In other words, one of the world’s leading medical scientific journals admitted that doctors probably cannot rely on the mountain of published ‘scientific’ material on which they make clinical decisions because it is thoroughly tainted and hence unscientific.

And don’t get me started on the so-called ‘gatekeepers’ of medicine. The Food and Drug Administration and the Centers for Disease Control and Prevention are all mainly populated by ex-drug industry people or those friendly to Big Pharma.

All but about four of the members of Congress have taken money from the pharmaceutical industry for their election campaigns.

Corruption in medical research runs so deep that noted epidemiologist Dr Peter Gøtzsche likened Big Pharma to the mafia – a view echoed by the former editor of the BMJ.

Correctly prescribed medicine is now the third leading cause of death every year in the West. Compare this to the fact that virtually no one dies from vitamin supplements. Or the fact that tens of thousands of good quality, independent studies exist about the safety and effectiveness of alternative and integrative medicine.

Now, let’s talk about what system of medicine is the most scientific.

Lynne McTaggart is an award-winning journalist and the author of seven books, including her forthcoming book, The Power of Eight, and the worldwide bestsellers The Field, The Intention Experiment and The Bond, all considered seminal books of the New Science and now translated into 30 languages.