In a few short years, the majority of the world’s population has accepted the fifth generation of wi-fi called 5G, where the speed to send full-length, high definition movies to your iPad is said to be ten times faster. The frequencies of 4G, 5G, and 6G are comprised of psychotronic waves. Psychotronics is the study of mind-body-environmental relationships.

By any other name, frequency technology is weaponry being unleashed with the ability to cause an invisible rise in disease on a mass scale. For a history of how the purposeful introduction of electromagnetic frequencies have caused the health problems of humanity, read, The Invisible Rainbow by Arthur Firstenberg. 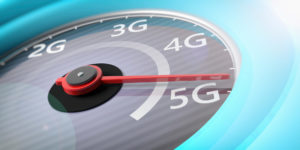 The need for speed has the consequence of going from moderate to severe adverse health effects in record time. Note that 4G operates at 2.5 GHz or oscillates about 2.5 billion times per second. This frequency mimics water molecules in your body, and was chosen specifically for broadcasting services and equipment under government license. This means that all company products must meet this frequency or be deemed illegal. For what purpose is matching the human body’s frequency, you may ask, other than for weaponization? Good question.

The higher frequencies of 5G comprise a range from 60–100 GHz. 60 GHz is a frequency known to affect oxygen uptake in the human body. In fact, one vocal doctor has warned his colleagues that what they may be seeing in hospitals as COVID are symptoms of 60GHz frequencies.

If not already deployed, the FCC plans to erect small scale wireless refrigerator-sized boxes, placed in front of every 2-10 homes on every street, in every city. The reason is because 5G waves travel shorter distances than other waves, they are easily blocked by buildings and trees. As you watch the latest Hollywood flick, you will bask, unaware, in 4G & 5G microwave emissions that oscillate at the same rate as your water and oxygen molecules. These frequencies can cause burning sensations on your skin, impact fertility, as well as alter the electrochemical waves of your brain to affect mind and consciousness. A new form of indoctrination?

Firefighters in Sacramento have reported memory problems and confusion following the installation of new towers in Los Angeles in 2004. Some cities, including Santa Rosa, have halted their 5G plans while health concerns are addressed. These same millimeter waves have been used by the U.S. Army as a crowd control dispersal weapons called Active Denial Systems.

What is a Live Exercise?

One such famous event occurred on the radio on the night before Halloween, 1938. Orson Welles and his Mercury Theatre on the Air performed a radio adaptation of H.G. Wells’s The War of the Worlds, by converting the 40-year-old novel into fake news bulletins describing a Martian invasion of New Jersey. The show caused hysteria nationwide as many listeners mistook those bulletins for the real thing and called police, newspaper journalists and hospitals with reports of mass stampedes and suicides. 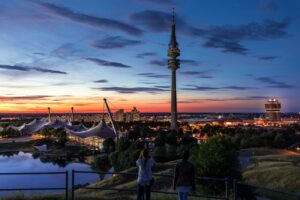 More recently, live exercises occurred when secret testing of 5G emissions happened during the 2018 Olympics, and then again at the 2018 Super Bowl where over 67,000 people were part of a secret stress-test without their consent. The 5G antennae networks have since been beta tested in nineteen U.S. cities including San Francisco, Los Angeles, Jacksonville, and San Jose.

Even more recently, in March of 2020, CNN filmed Secretary of State, Mike Pompeo, who admitted “we’re in a live exercise here” when referring to the COVID-19 pandemic during a press conference.

The art of deception continues as governments worldwide promote high frequency 5G signals as necessary for your Wi-Fi experience. What is the point of adding short waves to all the frequencies already deployed? Why duplicate technology when fiber optics works perfectly well, and maybe better?

No time for answers. It’s full steam ahead to remove the obstacles that block the signals.

During the summer of 2017, many people in California reported that extensive “weird fires” destroyed many trees, leaving homes untouched. Everything did not burn.  At other times, the metal of cars and rails burned along with the leaves on trees, leaving tree trunks and kindling. Many claimed these unusual fires to be the result of lasers from Directed Energy Weapons.  Whole forests have been devastated down straight lines, obeying fence lines. In addition, the sanctioned poisoning of hardwood trees by timber companies that has led to over one million dead trees to create a fire hazard.

Are the trees being destroyed merely to open a path of hazardous signals? Is this treason/tree-son on multiple levels? A Freedom of Information request by the Sunday Times in England found that more than 110,000 trees had been cut down by UK councils between 2015 and June 2018. 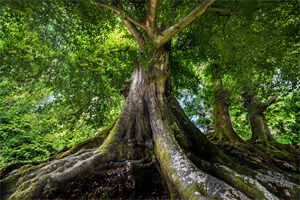 The power of trees keep us calm by acting on our autonomic nervous system, as well as our spirit. Numerous studies show a dose-response relationship between urban tree cover density and self-reported stress recovery. A 2015 study in the International Journal of Environ Res Pubic Health show reduced physiological markers of stress in subjects simply looking at images of nature.

Unless you can stand up, speak up, collaborate and network, you risk being a victim of a attack coming unseen, as millimeter waves, directed at body and mind. If people feel powerless and isolated now, imagine what it would feel like once the newly installed 5G towers are fully operational. Image what it would be like when the trees are replaced with towers that look like trees. We only feel isolated when we work alone and isolate ourselves, or when we respond to dictates by governments that convince us to isolate ourselves without the authority to do so. Like a forest, there is strength in numbers. 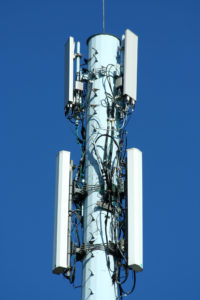 Beyond direct effects to health, harmful frequencies threaten society as a whole by ignoring the human right to informed-consent to high levels of radiation. All life on the planet has a right to health and a healthy life. By accepting the 4G,5G,6G rollout without a discussion, as happened with airport scanners and GMO foods, people innocently give up sovereignty over their bodies. The new frequencies ionize metals being sprayed into the atmosphere under military “geo-engineering” programs to charge the atmosphere. They do the same in our bodies.

Could injections with metal contaminants be part of the weaponized network? China began compulsory vaccinations on December 1, 2019, under the The Vaccines Administration Law, which the People’s Republic of China adopted on June 29, 2019. Soon after, South Korea became a  location for mandatory vaccines, then 5G networks were launched on November 1, 2019 in both regions. This happened before the pandemic was declared and reports of sudden deaths.

On September 26, 2018, the United States FCC voted to approve its Wireless Infrastructure Order (dockets 17-79 and 17-84). This order preempts local control of the public rights-of-way. Wireless companies can more easily install — in front homes — cell towers that would irradiate those nearby with intense, pulsed, data-modulated, Radio-frequency Electromagnetic Microwave Radiation (RF-EMR) — 24/7. Many of these companies use cloud seeding technologies and weather modification technology

For instance, under the new space programs, patent US7612284B2 , a solar-powered satellite will generate a powerful microwave radio frequency beam focused on an array of collector antennas where it will be transformed to electrical power supplied to PG&E (Pacific Gas and Electric).

Under patent US20110204159A1, a solar-powered satellite will generate a powerful microwave radio frequency beam to control the weather by heating deployments of aluminum oxide or other conductive particulates, sprayed from aircraft. The patent describes methods of steering and changing the intensity of a hurricane.

How far will the COVID live exercise deception go before it is ended? How many people will cover their faces as a shaming ritual, give up their identity, give up their rights, or give up their lives without any evidence that an invisible virus is to blame for symptoms that mimic an onslaught of 5G frequencies? Why accept an experimental injection knowing that viruses are not transmissible because they are not alive?  Why accept the false flag/hoax without knowing the cause or the consequences live exercise?

In usual form, attacks to human health and the health of Earth are coming from new technologies that are unproven, untested, and amoral. Though governments always attempt to divide humanity using race, religion, wars, lies, and unlawful mandates, we are all Earthlings born free, united at the level of our cells and our microbes. Do we slow down and take inventory of humanity at this crossroads? Or do we accept the coming tidal wave?

Further Reading:
Other articles include  Climate Change Deception, Seeing Through A Geoengineered Reality, Operation Regionalization of America, The 5G Pushback is Here, Strategizing Microwave Warfare of 5G, Planned Obsolescence of Health Under the 5G Grid, and Induction of COVID symptoms via 5G Frequencies?

Rosanne Lindsay is a Naturopathic doctor and Tribal healer under the Turtle Island Provider Network. She is a writer, Earth keeper,Health Freedom advocate, co-founder of Wisconsin For Vaccine Choice, and author of the books The Nature of Healing, Heal the Body, Heal the Planet.and  Free Your Voice, Heal Your Thyroid, Reverse Thyroid Disease Naturally. Find her on Facebook at Rosanne Lindsay and Natureofhealing. Consult with her (Skype or Zoom consults available) at natureofhealing.org. Subscribe to her blog at http://www.natureofhealing.org/blog/, where this article first appeared.