A woman from Wayne County, North Carolina did the right thing during the chaos of Hurricane Florence and she got arrested for it because she didn’t ask the government’s permission.

When Tammy Hedges saw that her neighbors had left behind 27 cats and dogs when they fled Hurricane Florence, she jumped into action to save their lives.

Hedges, a resident of Wayne County, North Carolina, was taken into custody Friday after providing care to more than two dozen animals – 17 cats and 10 dogs – for owners who had to evacuate before the storm hit.

“The owners got to evacuate. They got to save themselves. But who’s going to save those animals? That’s what we did,” Hedges said. “We saved them.”

The owner of Crazy’s Claws N Paws, a donation-based animal rescue center, was in the process of converting a warehouse space into a proper animal shelter when she decided to use the building to help keep pets dry. However, her facility was not legally registered as a shelter. (source)

This is not unique.

This will sound familiar to those who remember the historic flood in Louisiana back in 2016 (when the Cajun Navy was formed.) Citizens organized to rescue other citizens, they set up shelters in businesses that were unaffected and they took care of each other like communities are supposed to do. They all but rendered “official” rescue unnecessary, so effective were their efforts.

Of course, the government doesn’t want citizens to realize that they are perfectly capable of rescuing themselves. If people realize that they can perform independently and that it is much better than performing within the strictures of government regulations, they will be a heck of a lot harder to control.

So, they stepped in and uttered the scariest words ever. “We’re from the government and we’re here to help.

Like a horde of modern-day carpetbaggers, they began “helping” by forcing people who were struggling to rebuild to purchase permits. That’s right. They forced people to ask for permission for the right to repair their own property…

…But that isn’t the worst of it.

They also decided to charge fees to the Cajun Navy before they were “allowed” to continue rescuing people.

I couldn’t make this up…

No good deed goes unpunished. The Cajun Navy is a group of volunteers that operates at its own expense to rescue people trapped in flooded areas in Louisiana. They use their own boats. They risk their lives. And now that people have noticed that they are far more effective than government rescue efforts, there are plans to require them to pay a fee before they are allowed to do any good. “Don’t worry. It’s just a small fee,” legislators explain. “Maybe only fifty dollars. That would be worth it to put authority behind the Cajun Navy, wouldn’t it?”

When the Cajun Navy members said, “No thanks” to the government who wanted to train them to do what the government wasn’t even able or willing to do, they were treated like criminals.

That’s right. The government deployed the police to prevent these good Samaritans that we all wish now were our own neighbors from continuing with their efforts.

You are not allowed to save your neighbors (or your neighbors’ pets, apparently) without permission. Only with the blessing of the government (and the proper fee, of course) are you allowed to help others survive. 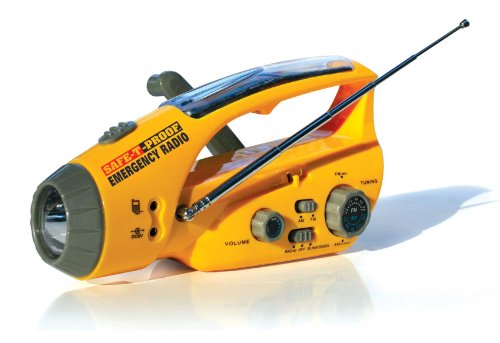 They “only” wanted to charge the Cajun Navy $50 a pop to save people. Here’s the backstory from Hedges:

Cray’s Claws N’ Paws is a 501c3 nonprofit, no-kill, volunteer, foster, and donation-based animal shelter. We take in surrendered animals, primarily injured, abused, neglected, and sick. They receive all their medical care to include, but not limited, spay/neuter, rabies, vaccinations, microchip, fecal testing, heartworm test/prevention/treatment(dogs), and FelV/FIV test(cats). After all medical care is done, each animal is placed available for adoption in hopes to find their forever home.

Myself, along with independent rescuers and volunteers came together during this natural disaster to save animals. We had a plan. We had the calls for help, but we didn’t know where to put the animals. Since we recently remodeled our indoor yard sale, very little had been moved back in. We decided to use this space as our emergency disaster center.

We were not open as a shelter, although we are remodeling to become approved by the state as a shelter location. We created a Facebook post for donations of food and supplies, while volunteers came and set up.

On September 12, Frank Sauls with the Wayne County Animal Shelter made a press release stating they would be closed beginning the 13th to owner surrenders. We began rescuing on the 13th. Monday, the 17th, I received a call from Mr. Sauls saying he was at our warehouse. I met him there, along with a volunteer who was there to care for the animals. He stated he had a call saying we were flooded and asked to check on us. He asked to see inside. As we walked in, before we got to the animals, he basically said I could hand the animals over voluntarily or he would get a warrant. At this time, I made the decision to voluntarily hand them over. During the seize, Sauls did tell me I would probably be charged with a few things. As of this post, I have not been charged. We will keep everyone updated on this through our Facebook page.

Our hopes at the end of all this is for me not to be charged/fined and for some things to change in our county/state for the better (for the animals). We came together as a community during a difficult time to help. We need to continue as a community to make these changes happen.

So…she immediately turned over the animals but that didn’t stop them from turning the “case” over to the local DA, who apparently doesn’t have enough to do with all the flooding and looting.

Hedges was summarily questioned and then arrested for her good deed. Two men were sent to arrest the 4’10” women and take her to the county jail.

According to the Facebook page, 18 of the animals were surrendered to Hedges already in very bad shape. No vets were open due to the flood. Was it better to let them suffer or to do what they could to help?

According to the government, Hedges shouldn’t have just let these animals suffer…she should have let them drown in the floodwaters.

I’m sick of having to “ask permission” and pay fees to do the right thing, and I think a lot of other people are too.

Here’s who you can contact to help Tammy Hedges

If you want to make your voice heard, here’s the contact information for those involved in prosecuted Ms. Hedges for being a good Samaritan. Your best bet is to be courteous when contacting them, but with a big enough outcry, hopefully, they’ll decide these charges are too much of a hassle.

It costs nothing to stir up a fuss and send some emails. If you’re as bothered by this government overreach as I am, please drop these people a line and let them know.