Monsanto-Bayer: Eliminating the Name Will Not Erase the History Cancelling out Monsanto’s name and keeping only that of Bayer, does not mean forgetting the wrongoings of a company which, according to the verdict of the Monsanto Tribunal of The Hague, is stained with crimes of ecocide. With Bayer’s official takeover of  Monsanto, the giant multinational also inherits its liabilities.

On the eve of the start of the integration process , Monsanto has been held liable for causing cancer through the use of its glyphosate-based weedkiller Roundup and ordered to pay $289 million of damages to the plaintiff Dewayne Lee Johnson in the first landmark case, settled in California in mid August 2018. The jury also found that Monsanto “acted with malice or oppression.” According to Reuters, the number of lawsuits brought against Bayer’s newly acquired Monsanto is approximately 8000 in the US alone. UN experts Ms Hilal Elver, Special Rapporteur on the right to food and Mr. Dainius Pūras, Special Rapporteur on the right to physical and mental health, defined the ruling “a significant recognition of the human rights of victims, and the responsibilities of chemical companies.”

“At least starting 20 years ago, Monsanto has known that their product can cause cancer, and has gone out of its way to ignore it and/or fight any science that suggests a link.”


Revelations in reports published last year, most notably the “Monsanto Papers” and the “Poison Papers“, have shed light on strategies of big agrochemical groups to expand their empires: from lobbying, interference in government agencies’ proceedings, attacks in collusion with institutions on independent science, to mega mergers and acquisitions. For the first time part of these documents were shown to a jury, which were able, among other things to also see that, “at least starting 20 years ago, Monsanto has known that their product can cause cancer, and has gone out of its way to ignore it and/or fight any science that suggests a link”, as declared to Democracy Now by Brent Wisner, the lead trial counsel for Dewayne Lee Johnson in his lawsuit against Monsanto. Added to this, in the same week, California’s Supreme Court rejected a challenge by Monsanto to the state’s decision to include glyphosate in its Proposition 65 list of carcinogens.

On other fronts, other lawsuits have been filed in the US by farmers’groups, and seed sellers are pushing environmental regulators to bar farmers from spraying dicamba weed killer, key ingredient of the new Monsanto-Bayer and Basf products, which has been causing drift-related crop injuries sweeping across rural America in the last 2 years; in Europe, the special committee on pesticides authorization process reacted to the US court’s decision by calling once again for a ban of glyphosate in the continent; in Sri Lanka, where a fatal chronic kidney disease (CKDu) has been linked to glyphosate use, a group formed by farmers’ organizations, scientists and affected families declared that they are ready to take Bayer/Monsanto and other glyphosate herbicide manufacturers to the Supreme Court. Vietnam is also demanding compensation for victims of exposure to the Agent Orange, the chemical produced by Monsanto for the US military during the Vietnam War. A clear signal of the fact that Monsanto’s past is set to haunt Bayer in spite of all efforts to eliminate the brand name, is that the week following the verdict, Bayer’s shares fell sharply, approximately by 10 – 12% ($12.5 Billion).  It is interesting to note that the stock exchange, the very core of today’s globalized economy, seems to be quite unforgiving. 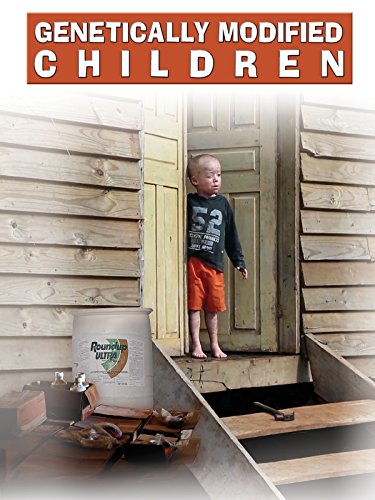 After fifty years of an intensive, unhealthy food production model that has devastated our agriculture system by polluting the environment, producing poisonous food, without remotely solving the hunger problem, has instead further undermined people’s food sovereignty.

Navdanya, along with civil society organizations around the world, will continue to monitor, report and protest so that the agroecological, transition also recently discussed at the FAO‘s Symposium on Agroecology, becomes a reality and that local, circular and inclusive economies, nutritious and healthy food, become the norm once again After fifty years of an intensive, unhealthy food production model that has devastated our agriculture system by polluting the environment, producing poisonous food and without remotely solving the hunger problem, has instead further undermined people’s food sovereignty. Industrial agriculture in fact can claim only a relatively small portion of the global food production. The majority of the food we consume is, actually, still produced by small and medium farmers, while the vast majority of crops coming from the industrial sector, such as maize and soya, is mainly used as animal feed or to produce biofuels.

Navdanya International has invited leading experts from around the world for the drafting of the Manifesto “Food for Health. Cultivating Biodiversity, Cultivating Health “. The Manifesto, which will be widely disseminated to farmers and citizens, governments and stakeholders, aims at highlighting the inseparable link between food and health, developing comprehensive strategies to overcome the model of industrial agriculture, encouraging the convergence and action of the movement for Agroecologyand Public Health movements to reach a common vision of sustainable development, which must be equitable and inclusive, based on biodiversity and poison-free food and farming systems.

The work of Navdanya International, from the creation of the International Commission on the Future of Food and Agriculture, and the publication of four Manifestos,  has focused on promoting a new agricultural and economic paradigm, and the belief that solutions to the multiple crises facing humanity today can come from a determined shift away from the present profit and competitive-based  paradigm  to a model that has at its keystone the protection of the earth and environment and respect of the rights and dignity of people. In biodiverse organic farming, in Seed Freedom for farmers and citizens, in circular economies based on meaningful work, we can find solutions to the environmental, climate, social and economic crisis. We will continue to reclaim citizens’ rights, as well as those of small and medium producers, who, despite being crushed by the current market mechanisms, are the only ones providing us with healthy and nutritious food. Furthermore, we will not stop fighting this attempt of multinationals to takeover of our food, health and democracy which, instead of being regulated by our elected representatives, are increasingly able to take on the role of regulators through heavy lobbying actions, thus posing a serious threat to our own democratic system.”

Ruchi Shroff is the director of Navdanya International. Her studies are based on physics, economics, on indigenous population rights and land grabbing. She is the coordinator of the Seed Freedom campaign, a global network reclaiming the rights of farmers to save and exchange traditional seeds. She is part of the organizing committee of Monsanto Tribunal and People’s Assembly.