Woman Tries To Reject Ambulance For Fear Of Price Here is a story that flies directly in the face of a common, albeit laughable, suggestion that “if people saw the prices of emergency services, they might not seek care when needed.”

While laughable, it’s one that is repeated often by hospitals with absolutely no evidence to back it up. It’s a “theory” that, along with a lack of price transparency, confuses the issues. In the story, a Boston woman tries to reject an ambulance out of fear of the price, even though she had no idea what that price would be.

Both situations (knowing the exorbitant price and not knowing anything about the price) actually miss the point. And that IS the point. When we only look at things surface deep, we often have the wrong conversation about why things need to change.

In the case of the Boston incident, it’s not a question of whether we do or do not know the price of an ambulance. The real point is that if the price was publicly known, we wouldn’t be charged irrational prices for ambulances and emergency services and thus there would be nothing to fear in the first place.

If prices were known, they wouldn’t be irrationally high for long. And, given just a little bit of time, prices would actually come down—not rise—year after year. That prices will come down is not merely a theory, it’s a fact—evidenced by 250 years of experience with a little known American concept called “the free market.”

Yesterday was Independence Day. So let’s celebrate American independence by reflecting on what works in America to keep us independent—free market competition that drives down prices by increasing competition. And while we’re at it, let’s reflect on a second American principle: standing up for the little guy. In America, those who are most affected by exorbitant and ever-rising healthcare prices are those who can least afford the cost and who have the least power to do anything about it. 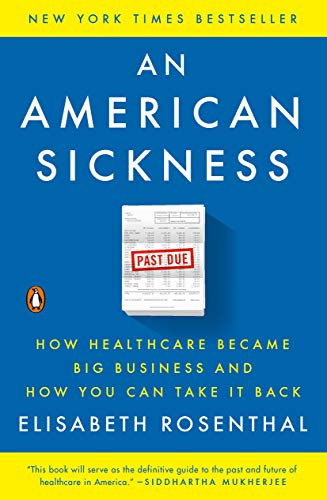 If you are out and about over the next few days, look for the red shirts that say “Healthcare Price Transparency” on the front, and #trust on the back. We’re in the home stretch.

Thanks for your support!

SEE: 5 Things To Consider When Choosing A Long-Term Care Facility

This article (Woman Tries To Reject Ambulance For Fear Of Price) first appeared at Broken Healthcare and appears on Natural Blaze with permission.

David Silverstein, Chairman, founded BrokenHealthcare.org, where this article first appeared, to help patients deal with unfair and non-transparent bills and as a vehicle to educate the public on the need for price transparency in healthcare. He is based in Denver, Colorado.