Why are People So Obsessed with Superhero Movies? It’s safe to say that America has a love affair with superhero movies.

In 2017, five of the 10 highest grossing films were about superheroes, as are three of the top five so far this year. Films such as Black Panther and Avengers: Infinity War have shattered box office records and captured the public’s affection.

And it’s not just America – markets in Europe and Asia (especially China) have also embraced superheroes. A BBC article points out:

It used to be the case that the US box office was the be all and end all for commercial success. But, for recent superhero movies, the US typically accounts for no more than $4 out of every $10 made.

This phenomenon comes as no surprise to me, as superhero stories were a beloved part of my childhood. On lazy weekends I would eagerly turn on the family television to watch the Batman, Spiderman, and Justice League cartoons of the 90s and early 2000s. Those cherished memories are one of the reasons why I love superhero movies today. But now I recognize that these movies have more to offer than I ever realized as a kid.

So, why are people everywhere embracing these stories so much?

One explanation is that people turn to heroes during hard economic times. Superman, for instance, made his first appearance in 1938 as America was climbing out of the Great Depression. “Good economic times usually signal the death of superheroes, and bad economic times see a surge in their popularity,” says comic book writer Mark Millar. “Superheroes were huge in the thirties during The Great Depression. The worldwide recession will probably last until the end of the decade. You’ve gotta entertain everyone through it!”

Modern times may have many people similarly in desperate need of entertainment. Adding to Millar’s comment, Jerry Robinson, the creator of the iconic villain “Joker” notes: “I think heroes are back. I think you can almost chart it. The times are not so good — we’re looking for heroes.”

Another explanation is that superheroes are easy to identify with. As online magazine The Artifice explains:

Though enhanced by super powers or abilities, the superhero as portrayed in today’s films displays an astonishing level of humanity. Audiences watch superhero characters cope with the human experience through these films, an experience with which audience members can identify.

Artifice goes on to say that superheroes display virtue in the face of the worst humanity has to offer. More than anything, what justifies the admiration of superheroes “is the way they handle the entire scope of life as a human and still end up making the altruistic choices for which they are known (emphasis in original).”

Additionally, superhero origin stories often deal with death and loss, which can create a sympathetic reaction from the audience. Whether it’s Bruce Wayne being haunted by the memory of watching his parents die, or Superman wrestling with the loneliness his powers and Kryptonian heritage create, heroes have no shortage of traumatic experiences. But what sets them apart and what gives people hope is that the strength of their character and morality allows them to overcome such terrible experiences to do good in the world. 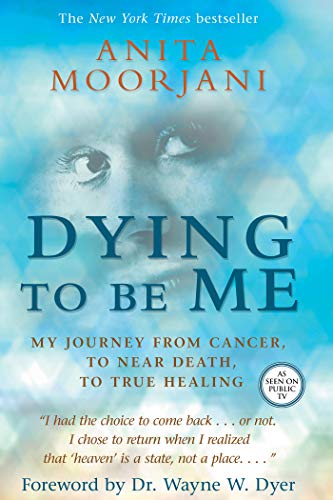 People can look to superheroes as beacons of selflessness in an age perceived as corrupt and full of negativity.

Heroic stories have also been an integral part of Western culture, especially with Greek and Roman literature, and modern superheroes such as Batman can be thought of as continuing that tradition. Hillsdale College professor Bradley Birzer argues:

Indeed, it would be hard to find another figure in popular and literary culture that more embodies the traditional heroism of the West more than in the figure of Bruce Wayne. He most closely resembles Aeneas, carrying on the culture of charity and sacrifice into the darkest and most savage parts of his world. Like St. Michael, he guards the weak, the poor, and the innocent. Like Socrates, he will die for Athens (Gotham) as it should be rather than as it is. Like Beowulf, he asks nothing for himself, merely the opportunity to wage the never-ending war against evil.

Superman exhibits similar commitments to righteous, guiding principles. You can’t help but be inspired when he says:

Dreams save us. Dreams lift us up and transform us. And on my soul, I swear… until my dream of a world where dignity, honor and justice become the reality we all share — I’ll never stop fighting.

In a fallen world full of evil and misfortune, people cling to superheroes as symbols of virtue that conquer both villains and their own weaknesses, giving a glimmer of hope in a frequently dark world.

Are you a big fan of superhero movies? If so, why?

This post Why are People So Obsessed with Superhero Movies? was originally published on Intellectual Takeout by Andrew Berryhill.