Iran is Labeling GMOs So is America Really the Land of the Free? It is so interesting how the various powers running the U.S. over the years, with the media serving as “the 4th branch” of government, have projected the idea of oppression onto Middle Eastern countries to an outrageous degree. The U.S. is hush about the human rights violations taking place with its allies, but paints the countries in its imperial cross-hairs as backward. Perhaps this is a way to keep Americans in the dark about other civilizations while they showcase reasons to occupy the countries for geopolitical gain – all on the taxpayer’s dime, of course.

Many Americans sadly cannot point out Iran on a map, let alone picture anything but sand and burkas associated with any Middle Eastern country. Both are errors in perception. Many of the women in Iran dress as most modern, secular cultures do, and the country is one of the most breathtaking, fertile and lush places in the entire world.


It is no surprise to this writer that countries that restrict GMO imports and refuse private, central banking in favor of national banks are geopolitcally targeted and maligned.

Interestingly, Iran’s head of their Food and Drug Administration is taking things a step further than just GMO labeling.

Iran’s agency recently announced that food manufacturers and importers will need to label all food products – whether or not the item is genetically engineered.

Gholam Reza Asghari noted that GMO labels will be affixed to all genetically modified products, including soybean oil and corn oil, as of the beginning of the current Iranian calendar month of Mordad (July 23), Tasnim reported on Friday.

Also by the next month, all food products containing ingredients which are derived from GMOs will carry labels, as well, Asghari stated.

He explained that the Food and Drug Administration has addressed two important issues that should be taken into serious consideration while importing GM products; they must have been approved by the European Union; and also, the country of origin must be using the GM product.

“Soybean oil and corn oil are the only imported GM products in Iran, while wheat and rice will not be imported into the country under any circumstances,” he added.

In all countries around the world, almost all food such as natural and organic ones as well as GMOs, are labeled, he said, adding that products with genetically-modified ingredients are also cheaper and can be used regarding people’s taste or income. 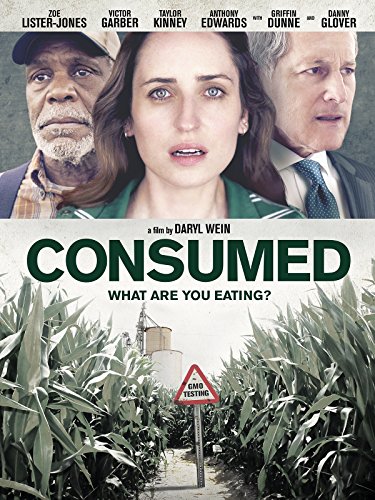 GMOs is an issue which has its supporters and opponents, but the Food and Drug Administration acts in accordance with the law and is only involved in observing the process, he also mentioned.

The Ministry of Agriculture and other related organizations are among cooperative bodies in observation of GM import process, he concluded.

To repeat – the head of Iran’s Food & Drug Administration stated openly: “In all countries around the world, almost all food such as natural and organic ones as well as GMOs, are labeled.”

Well, not all of the countries. Not quite. Sure, food companies in the U.S. can voluntarily label or use a scan-able barcode that consumers can use their smartphones to scan for more information…but that isn’t exactly transparency.

Iran is labeling all genetically engineered food products. Iran is being transparent for the consumer’s sake and is not trying to protect Big Food. The U.S. has a haphazard system for labeling that deliberately keeps consumers asleep about the quality of their food in order to appease corporate interests.

Despite the majority of consumers in favor of labeling, the U.S. government has doled out the smallest of crumbs to quell consumer anger while much of the Middle East doesn’t even have the worry about food ingredients.

One of our writers traveled to Syria and saw radiant health and life in their eyes, only to find out that most of their food is organic and pesticide-free – no GMOs. And now Iran makes a big move towards transparency with a national labeling effort proving that some rights aren’t available in the Western world.

So again I have to ask – is America the land of the free?

Help us fuel our site by sharing!

This article (Iran is Labeling GMOs So is America Really the Land of the Free?) was created by and appeared first at Natural Blaze. It can be reshared with attribution but MUST include link to homepage, bio, intact links and this message.