Aerial view of the outlet of tiny Hazeltine Creek (normally 6 feet wide) as it empties into Quesnel Lake (a once world-famous salmon fishery) at the head of the 600 mile-long Fraser River estuayr that is now contaminated with 2.5 billion gallons of toxic sulfide mine waste (including sulfuric acid) that was discharged in 2014. The brown color represents the trunks of the huge trees that were up-rooted during the deluge. The diameter of some of the trees measured half the width of the original creek.

Before and after NASA satellite photos of Imperial Metals’ Mount Polley copper/gold sulfide mine disaster. Note the change in color of the three lakes in the photo, representing the toxic pollutants that had been stored in the tailings lagoon. Note the invisibility of Hazeltine Creek in the left photo and appreciate the fact that is is now visible from outer space. For a more thorough view of British Columbia’s worst environmental disaster, google “Images of the Mount Polley mine disaster”.

Above are before and after photos of the Samarco iron mine disaster in Brazil (November 5, 2015). The project was a joint venture by Vale, a Brazilian mining company and BHP-Billiton (an English-Australian company). The top two images (looking downstream from the tailings pond area) are before and after shots of the little town that was wiped off the map because it was situated downstream from the two tailings pond dams that dissolved in sequential fashion and discharged their toxic contents into the Rio Doce river estuary (ironically “doce” is the Portuguese word for “sweet”). The two lower images are the before and after photos of the tailings ponds and the massive erosion that killed many humans and animals and most of the fish in the river all the way down to the Atlantic Ocean, 300 miles below. 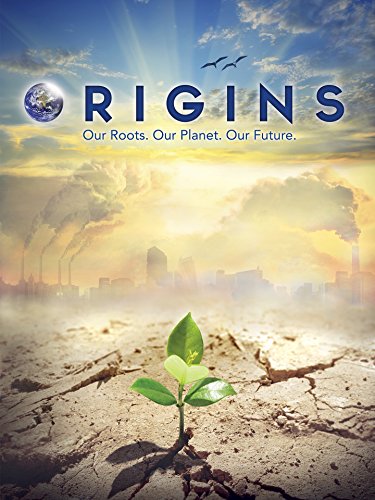 2)    The Samarco Mine Disaster (Brazil)

A small downstream mining town destroyed in the disaster. All the miners lost their jobs.

For many more images of the catastrophe, watch the slide show.

The Bingham Canyon Mine in Utah is one of the largest open-pit mines in the world. It measures over 4 kilometers wide and 1,200 meters deep and is located about 30 kilometers southwest of Salt Lake City. It was operated by Kennecott Copper Company until Rio Tinto purchased Kennecott Utah Copper in 1989. NASA Satellite photo.

The Atlantic Richfield Company (ARCO) had purchased the old Anaconda Copper Mining Company in 1977 and closed the Berkeley open pit mine in 1983, laying off 1,300 workers. The Berkeley Pit was located immediately adjacent to Butte, Montana. After the mine was shut down and the water pumps stopped, the mine began filling up with toxic water that today has a pH that is less than 2.5! The highly acidic water will be forever incompatible with normal life, specifically fish and fowl. The acid mine drainage has poisoned the ground water and aquifer and thus has made the water of Butte undrinkable. The Berkeley Pit, now an EPA SuperFund site, once yielded copper, gold and silver. The area was once nicknamed “The Richest Hill on Earth”. NASA satellite image.

In 2015 the Gold King Mine tailings pond near Silverton, Colorado breached and spilled into the Animas River estuary. The area is now an EPA SuperFund site. 3 million gallons of orange wastewater breached an earthen dam and contaminated downstream water with mercury and arsenic. Mines in the area continue to drain thousands of gallons of heavy metal-contaminated water into the river every day.

6)    The Escondida copper-gold-silver mine complex (Chile)

The Escondida copper-gold-silver mine complex in Chile’s Atacama desert. The Escondida produces more copper than any other mine in the world (1.483 million tons in 2007), amounting to 9.5% of world output and making it a major part of the Chilean economy. The mine is located 110 miles southeast of Chile’s port city of Antofagasta, which is the namesake of the copper mining company that is planning to mine for copper in northeast Minnesota’s water-rich Boundary Waters Canoe Area Wilderness (BWCAW). All of Antofagasta’s copper mines in Chile are in arid, water-poor areas.

The Escondida mine tailings lagoon above – in Chile’s Atacama desert – is the world’s largest tailings pond. The tailings are intended to be held in perpetuity behind earthen retaining dams. The straight line at the left of the photo represents the tallest of the surrounding retaining walls, and is 0.6 miles long. NASA satellite photo.

Until 1980, Reserve Mining Company reportedly dumped 47 tons of waste ore sludge into Superior every day. Day. In 1980, Reserve Mining Company belatedly began using its Milepost 7site to “store” the tailings. The two “ponds” were located 7 miles inland from Silver Bay.
As can be easily measured, the two tailings ponds are massive and together measure about 5 miles across at its greatest dimension. It is said that if the ponds suddenly breached the earthen dam walls and released their toxic contents in a heavy rain event, a wall of sludge 28 feet high would inundate the area all the way to Lake Superior, just as the Mount Polley Copper Mine tailings dam breach did in British Columbia in 2014 and the Samarco Iron mine did in Brazil in 2015.

Two views of the “delta” that formed at Silver Bay, Minnesota by Reserve Mining’s continuous discharging of taconite tailings directly into Lake Superior. The delta eventually extended 1/3 of a mile from the original shoreline. Reserve Mining attempted to do some remediation, as seen in the second photo that shows some vegetation growing, but the toxins in the underlying sludge will never be fully de-toxified.

The sulfide and precious metals mining process produces a toxic slurry of finely ground mine tailings, that inevitably contain undesirable toxic substances like arsenic, mercury, and other toxic sulfide minerals, which are poisonous to all living things. A major difference between taconite and copper/nickel/gold/sulfide mining is that the post-extraction waste volume for sulfide mining is 99+% and for taconite it is only 60%.

When insoluble material such as mine tailings settle in a body of water, the process inevitably smothers lake and river bottoms where fish spawn and feed. Marine life dies or is disabled where acid mine waste pollutes the water. The offshore area from Reserve Mining Company’s permanently toxic tailings plume in Silver Bay, MN surely keeps Lake Superior fish from thriving in the area.

When any ore is refined for its minerals, a slurry of mud/rock sludge is left behind. In the case of copper mining the tailings byproduct represents over 99% of the total. What to do with tailings is one of the biggest unsolved issues in mining and is a secret that mining companies prefer that the public and its elected representatives not consider in their decisions about permitting mining upstream from the population

Of the 1,950 operating mines world-wide most dispose of their tailings in big open pits behind earthen dams that can be quite soluble in the case of unpredictable heavy rains and very unstable in the case of unpredictable earthquakes. In a handful of countries around the world, including Indonesia, Norway and Chile (the world’s leading producer of copper), the leftover sludge is dumped into the sea. As a matter of historical fact, what the rest of the world’s mining companies are doing to the planet’s oceans is exactly what Reserve Mining Company did to Minnesota’s precious, previously drinkable Lake Superior water at Silver Bay prior to Judge Miles Lord’s order to shut down the tailings dumping in the mid-1970s! Reserve Mining repeatedly refused to consider building or using the inland lagoon to “store” its taconite tailings until 1980.

Dr. Kohls is a retired physician who practiced holistic, non-drug, mental health care for the last decade of his forty year family practice career. He is a contributor to and an endorser of the efforts of the Citizens Commission on Human Rights (www.cchrint.org) and, while still actively practicing medicine, was a member of Mind Freedom International (http://www.mindfreedom.org/),the International Society for Ethical Psychology and Psychiatry (http://psychintegrity.com) and the International Society for Traumatic Stress Studies (https://www.istss.org).

In the first decade of the 21st century, while still practicing medicine, Dr Kohls taught a graduate level psychology course at the University of Minnesota at Duluth. It was titled “The Science and Psychology of the Body-Mind Connection”.

While running his independent clinic, Dr Kohls published over 400 issues of his Preventive Psychiatry E-Newsletter, which was emailed to a variety of subscribers, patients and patient advocates. (The PPENs have not been archived at any website as of this writing.)