It’s probably  no surprise to you that Natural Blaze vehemently opposes the rash of lemonade stand shutdowns dotting the “Land of the Free.” Not only does it quash the entrepreneurial spirit, but it also erodes the innocence and empowerment of children who start lemonade stands to help other children in need.

City enforcers send policemen who actually proceed to intimidate and shut down a child’s stand for not having a permit. And it happens so much that people have sadly accepted it as normal…

As US News reports:

Stories of local authorities shutting down or fining childrens’ lemonade stands for improper permitting and operating without business licenses have grabbed headlines across the nation in recent years. Such was the case over Memorial Day weekend when Denver authorities forced a group of kids to close shop after vendors at a nearby arts festival reportedly called the police to complain. Without a temporary vending permit in line with the city ordinance, the three brothers, ages 2 to 6, had no choice but to close.


I definitely don’t think taxpayers or the parents should have to foot the bill for egregious shutdowns.

Interestingly, a corporation with a vested interest in keeping children’s lemonade stands open is now opening its wallet to help.

Country Time is launching their company’s “Legal-Ade” division: a crack team that is dedicated to helping kids sell lemonade. If a child is issued a fine for selling lemonade, Legal-Ade is offering to cover up to $300 of the cost.

The same applies for any youngster who is required to pay application fees for a business permit.

So if you’ve ever been shut down for trying to sell sweet treats on a hot summer day, you can apply for compensation on the Legal-Ade website (with the help of an adult, of course.)

Pretty crazy when we need funds to help children when they get fined for lemonade stands! https://t.co/7AT77XaBCd 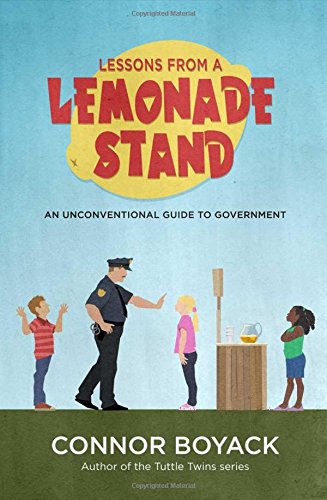 Lessons from a Lemonade Stand: An Unconventional Guide to Government
Price: $12.99

I prefer to see every town in the United States storm the city offices declaring an end to this irrational behavior. I prefer if everyone just say “NO” including law enforcement. It really saddens me that there would even be a need to help children with fines for not having permits when the city has the power to restrain itself from bullying children who have nothing more than rattling piggy banks and poker tables for their “brick and mortar.”

If a corporation wants to step up and foot the bill, by all means – but let’s not pretend that “this is just the way things are.”

This article (Legal-Ade is Here to Help When City Enforcers Fine Kids for Lemonade Stands) was created by and appeared first at Natural Blaze. It can be reshared with attribution but MUST include link to homepage, bio, intact links and this message.

She has written over 1,000 articles on health, food and farming.