Surprisingly, many French politicians have supported a new proposal for the mandatory labeling of both meat and dairy products produced from animals raised on genetically modified feed.

The proposal for mandatory labeling is listed in the first draft of French President Emmanuel Macron’s Food and Agriculture Bill, which is currently being debated in the French parliament.

The bill, as it currently stands, will also require labels to include details of the pesticides used on fruit and vegetables.

France Nature Environment, a umbrella organization comprising a number of environmental groups, has championed a change in the labeling laws and are hailing the new law as a victory.

The bill is going to be put to the French Senate on June 26 for debate.


If the Senate accepts the bill, the labeling laws will start in January, 2023.

Labels on the pack of food products would have to also include information on the conditions under which the animals were raised and whether or not they were fed GM feed.

Patricia Thomas, director for Beyond GM, part of the Sustain food and farming alliance, believes the UK government should take note of the ruling in France.

“Most of the UK’s conventionally reared animals are given GM feed and meat, eggs, fish and dairy are one of the most common ways in which UK consumers come into contact with GMs,” said Ms Thomas.

“Labelling is an important start, especially given the strong opposition that the UK public has to eating GMs.”

She added: “Our government, too, needs to step up – with a coherent food and farming policy that produces food – rather than labels – that people can trust.” 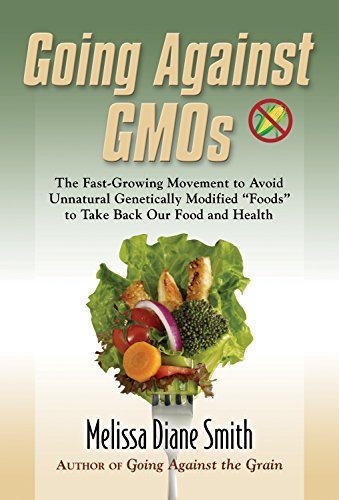 Going Against GMOs: The Fast-Growing Movement to Avoid Unnatural Genetically Modified “Foods” to Take Back Our Food and Health
Price: $9.89

GM Freeze carried out its own research in 2016 into the level of GM feed used in the UK supply chain in 2016, with its study Feed me the Truth.

Waitrose, which has announced a new EU soya supply line, is stocking less GM-fed meat than the other UK supermarkets, the survey found. But it cannot guarantee that any individual product is non-GM fed, unless it is organic.

We want to see strong regulation of GM across the food chain and information for consumers through the labelling of GM ingredients and the use of GM feed.

People do want to know how their food is produced. Everyone should be able to find out about the provenance of their food.

This article (France Proposes Mandatory Labeling for Meat and Dairy From Animals Raised on GMO Feed) was created by and appeared first at Natural Blaze. It can be reshared with attribution but MUST include link to homepage, bio, intact links and this message. Image