Sleep In This Weekend, Your Body Deserves A Long Life Chuck away advice from productivity and routine gurus that say to wake up at the same time every morning – you can catch extra “ZZZZs” this weekend – you’ve earned it!

A new study from researchers at Stockholm University and the Karolinska Institute (Sweden’s most reputable medical university) assures everyone that sleeping in one weekends will make you live a long, full life.

Getting less than 8 hours of sleep is directly linked to depression and anxiety. On the plus side, better sleep leads to better sex.

The study followed the sleep habits of 43,880 subjects over the course of 13 years. The findings showed that people who slept for short amounts of time during the week and the weekend had a 52% increased rate of mortality.

However, people who slept for short amounts of time during the week, but compensated for it by sleeping in on the weekends, displayed normal rates of mortality.

Additionally, the sleep deprivation did not affect subjects who were over 65 years old – which means that thousands of middle-aged adults are being negatively affected by lack of sleep. 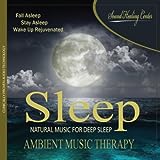 The study, which was published in the Journal of Sleep Research, directly reenforces why people of all ages should aim to periodically get at least 7 to 8 hours of sleep [per night] during the week, even if they are sleeping less during the other nights.

If you have difficulty sleeping, try this cool trick to fall asleep in one minute.

If that doesn’t work, you could always try camping for a weekend to reset your sleep clock!

Don’t even set that snooze – just dream away and bask in your good health!

This article (Sleep In This Weekend, Your Body Deserves A Long Life) was created by and appeared first at Natural Blaze. It can be reshared with attribution but MUST include link to homepage, bio, intact links and this message.