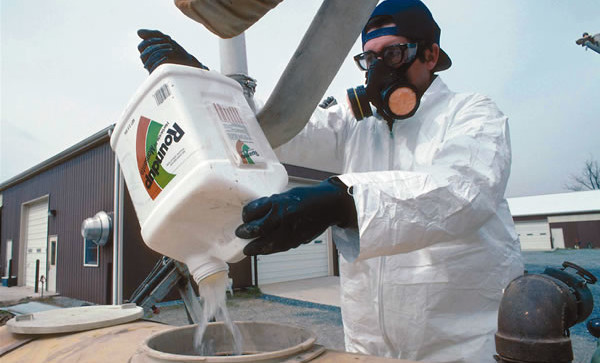 Beyond Pesticides (BP) and The Organic Consumers Association (OCA) today responded to a federal judge’s ruling against Monsanto Co.’s motion to dismiss the groups’ lawsuit, filed in April, 2017.

Jay Feldman, executive director of Beyond Pesticides, the lead plaintiff in the case, said:

“In the face of EPA’s poor regulation of pesticides, misleading pesticide product labeling cannot be left unchecked. The court’s decision to allow our case to move forward, in denying Monsanto’s motion to dismiss, is critical to showing that the company is deceiving the public with a safety claim on its Roundup (glyphosate) label. Its advertising and labeling claim that Roundup ‘targets an enzyme found in plants but not in people or pets’ is false, given the devastating harm that glyphosate has on beneficial bacteria in the gut biome. The disruption of the gut biome is associated with a host of 21st century diseases, including asthma, autism, bacterial vaginosis, cardiovascular disease, cancer, Crohn’s disease, depression, inflammatory bowel disease, leaky gut syndrome, multiple sclerosis, obesity, Type 1 and 2 diabetes, and Parkinson’s.

The science on the hazards of Roundup (glyphosate) are clear and Monsanto officials know it. With this case, we seek to ensure that the public is not misled by false advertising and product labeling in the marketplace. It is a critical step toward ensuring that people are fully informed before purchasing toxic products that can poison them, their families, and the communities where they live.”

“Monsanto aggressively markets Roundup as ‘safe’ for humans and animals, despite newer studies indicating that glyphosate may be carcinogenic and its use may affect human and animal cardiovascular, endocrine, nervous and reproductive systems. No reasonable consumer seeing the claim on this product that glyphosate targets an enzyme not found ‘in people or pets’ would expect that Roundup actually targets an important bacterial enzyme found in humans and animals, affecting the health of their immune system.

Survey after survey shows that consumers rely on labels to guide their purchases and keep them and their families safe. When corporations mislead on the issue of a product’s effect on consumers and their families, they put everyone, but especially young children—in this case, playing in yards and parks—at risk, leaving the public no other recourse than to use the legal system to seek the removal of this misleading information.”

Through their attorneys, Richman Law Group, OCA and BP sued Monsanto on behalf of the general public, in Washington D.C., under the District of Columbia’s Consumer Protection Procedures Act, for misleading the public by labeling its popular weedkiller Roundup as “target[ing] an enzyme found in plants but not in people or pets.” The nonprofits allege that this statement is false, deceptive and misleading, because the enzyme targeted by glyphosate, the active ingredient in Roundup, is, in fact, found in people and pets.