Berberine – A Powerful Remedy For Symptoms of Anxiety and Depression Berberine – a yellow-colored alkaloid compound found in several different plants, including European barberry, goldenseal, goldthread, Oregon grape and tree turmeric – has antibacterial, anti-inflammatory, antiproliferative, antidiarrheal, antineoplastic, antidiabetic and immune-enhancing1 properties. It has a long history of use in traditional medicine, including traditional Chinese medicine, and many of its historical uses now have scientific backing.

For example, it’s effective against a wide range of bacteria, protozoa and fungi, and is commonly used to treat gastrointestinal issues, including traveler’s diarrhea and that from food poisoning. Having similar mechanisms of action as the drug metformin, berberine can also be used as an oral hypoglycemic for Type 2 diabetics.

It’s helpful against seasonal allergies and even helps combat metastatic stem cells and heart failure. Many integrative health practitioners swear by berberine as a general health supplement due to its ability to address such a wide variety of maladies.2 As noted by Dr. Michael Murray:3


“… I think [berberine] is poised to be the biggest thing in the natural product industry … Here is why: Berberine has been shown to:

What Makes Berberine Such a Powerful Remedy?

Many of berberine’s health benefits4 have been linked to its ability to activate adenosine monophosphate-activated protein kinase (AMPK).5AMPK is an enzyme inside your body’s cells. It’s sometimes referred to as a “metabolic master switch” because it plays an important role in regulating metabolism.6

Low AMPK has been linked to insulin resistance, mitochondrial dysfunction, obesity, neurodegeneration and chronic inflammation – all of which lay the groundwork for a wide variety of serious chronic diseases. In an article discussing the clinical uses of berberine for metabolic syndrome and Type 2 diabetes, the Natural Medicine Journal highlights its effect on AMPK:7

“AMPK induces a cascade of events within cells that are all involved in maintaining energy homeostasis… AMPK regulates an array of biological activities that normalize lipid, glucose and energy imbalances. Metabolic syndrome occurs when these AMPK-regulated pathways are turned off, triggering a syndrome that includes hyperglycemia, diabetes, lipid abnormalities and energy imbalances …

AMPK helps coordinate the response to these stressors, shifting energy toward cellular repair, maintenance or a return to homeostasis and improved likelihood of survival. The hormones leptin and adiponectin activate AMPK. In other words, activating AMPK can produce the same benefits as exercise, dieting and weight loss – the lifestyle modifications considered beneficial for a range of maladies …

One way to appreciate berberine’s potential is to think of it as having the same effect on a patient as increasing exercise while at the same time restricting calorie intake. Think of the effects of AMPK suppression as similar to those of eating a high-calorie diet while leading a very sedentary lifestyle.” 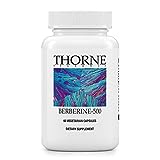 A number of studies have demonstrated berberine’s usefulness against anxiety and depression, in part by inhibiting monoamine oxidase, an enzyme that breaks down serotonin, noradrenaline and dopamine in your brain. These neurotransmitters play important roles in mood and have been implicated in depression.

An Indian study9 published in 2008 confirmed berberine has antidepressant effects, reversing “behavioral despair” in stressed rats. Interestingly, the effects were not dose-dependent. Even low doses had a beneficial effect. According to the authors:

[A]t higher dose (10 mg/kg, i.p.), there was no change in the norepinephrine (12 percent) levels but a significant increase in the serotonin (53 percent) and dopamine (31 percent) levels was found.”

Most remarkable of all, berberine was shown to “restore the main neurochemical abnormalities in the brains of rats in the PTSD model” – a rather surprising effect that “supports a central mechanism of action that berberine heals brains damaged by severe stress or fear.”10

Berberine has also been shown to activate Sigma1 receptors, a subclass of opioid receptors that react to morphine and similar substances – including those produced naturally in your body – and inhibits glutamate, thereby improving anxiety and depression.11Sigma1 receptors play a role in oxidative stress, the functioning of your nervous system and the survival of neurons, and as such are believed to influence neuropsychiatric problems, including psychotic conditions.12 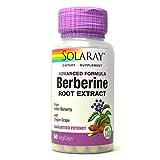 A study13 published in the Korean Journal of Physiology and Pharmacology assessed berberine’s effect on not just depression and anxiety but also on the noradrenergic system. Here, they used morphine-addicted rats to see whether berberine might ease morphine withdrawal – symptoms of which often include depression and anxiety. As explained by the authors:

“Male rats were exposed to chronic, intermittent, escalating morphine (10~50 mg/kg) for 10 days. After the last morphine injection, depression- and anxiety-like behavior associated with morphine discontinuation persisted for at least three days during withdrawal without any change in ambulatory activity. Daily berberine administration significantly decreased immobility in the forced swimming test and increased open-arm exploration in the elevated plus maze test …

Taken together, these findings demonstrated that berberine administration significantly reduced morphine withdrawal-associated behaviors … possibly through modulation of hypothalamic corticotrophin-releasing factor and the central noradrenergic system. Berberine may be a useful agent for treating or alleviating complex withdrawal symptoms and preventing morphine use relapses.”

Berberine has also been shown to support a healthy gastrointestinal tract and microbiome in a number of different ways, and this too can have a beneficial impact on your mood and mental health. There’s ample research showing your gut health plays a very important role in your brain health, and can influence your mood for better or worse. As for improving your gut health, studies have shown berberine helps:

While berberine is quite safe and well-tolerated, it may be contraindicated if you’re taking medications.21 For example, berberine may hinder absorption of tetracycline and other similar antibiotics, rendering them ineffective. Also, because berberine significantly inhibits CYP3A enzymes – enzymes needed to metabolize most drugs – it can lower the clearance of medications, which in turn can augment their effect. This can lead to overdose, the risks of which will vary depending on the drug in question.

Berberine inhibits CYP3A just like curcumin, which impairs phase 2 detoxification, where your body makes toxins water soluble so they can be excreted. So, this would not be supplements to use during fasting where you have large lipolysis and liberation of stored toxins that need to be metabolized.

Because of all its benefits, I have been taking berberine for over two years. However, because it is a potent alkaloid, I believe it needs to be cycled. So, I take it for a week then take a week off. Alternatively, you can skip it on the weekends. The general principle is cycling, just like one does with the ketogenic diet. It is not wise to be continuously ketogenic.

Also, as noted by Murray:22 “Berberine … enhances the effects of oral hypoglycemic drugs used in the treatment of Type 2 diabetes through its multitude of antidiabetic effects. People on oral hypoglycemic drugs should monitor blood glucose levels if taking berberine and adjust their dosage of their medications as needed and under the care of a medical professional.” I tell virtually everyone taking metformin to switch to berberine as it is far safer.