If you Listen to Music Through your Smart Phone, This Happens to Your Brain According to RF Safe, an organization that has conducted research on radiation claims that EMF radiation travels straight through the wire of a wired headset directly from the headphone jack to the ear, penetrating a person’s head through the ear canal. They say this increases radiation exposure to a person’s brain by 300%. I suppose they mean 300 percent when compared that to using a cell phone the usual way to talk.


These videos were in their article about it.

In addition, they claim that when a phone is attached to someone’s belt, the microwave radiation is absorbed even faster than a person’s head because the organs and tissues provide better conductivity and have no protection from bones. So if a person’s smartphone is constantly in their pocket, they are probably doing plenty of damage to themselves on a daily basis.

Irresistible: The Rise of Addictive Technology and the Business of Keeping Us Hooked

Works of fiction that garnered the viewership of millions of people (Better Call Saul) have sort of belittled the idea of EMF sensitivity existing, or any consequences at all resulting from cell phone radiation or WiFi. It’s even more intense of a problem when you consider that Better Call Saul is a well-produced and entertaining television show for once (in my opinion), but it seems that they may have received a little payment to include belittlement of EMF sensitivity in the plot of their show. Or maybe it’s just a coincidence.

The fact is, we probably won’t know the real, practical consequences of our constant exposure to cell phone radiation and WiFi for a while. It will probably take a few decades for the problems of this to really manifest, and if health problems can be passed down genetically, or damage to our sperm occurs that manifests in our children, our children and grandchildren could really see the consequences of our damaged sperm with phones in pockets.

It’s easy to dismiss the idea that cell phone radiation and WiFi harm us for people who aren’t sensitive to it. However, the consequences might emerge as something we can’t positively correlate to the radiation years later.

The article about this from RF Safe cites a study titled “The alteration of spontaneous low frequency oscillations caused by acute electromagnetic fields exposure.”

The study, published in 2014 in Clinical Neurohysiology discusses how radiation coming into a person’s ear dramatically affects the frequencies maintained in the brain, and it said the radiation causes the “alteration of spontaneous low frequency fluctuations” in the brain.

The consequences of causing the brain to experience changes in frequency is unknown as of yet, or perhaps not widely known. 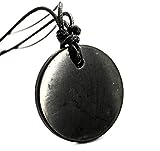 Regardless of how researchers quantify the damage done by radiation traveling up wired headsets or earbuds from a smart phone, common sense would tell us that if the radiation generally travels up wires through our ears, it would be wise to reduce the damage being done.

So the moral of the story is, people could either put their smart phones on airplane mode while listening to music, or buy something that can neutralize the radiation.

This article (If you Listen to Music Through your Smart Phone, This Happens to Your Brain) was created for and appeared first at Natural Blaze. It can be reshared with attribution but MUST include author name and link to homepage at the top of article, with bio, intact links and this message. (Image: Pixabay and Natural Blaze)