A man “took the plunge” only to find relief from his constant pain.

A medical case of pain relief after cold water swimming has just been documented by the journal  BMJ Case Reports when conventional painkillers would not relieve him of his post-operative pain.

A man who suffered constant pain after surgery cured it by taking a plunge in cold open water.

The man’s case has been reviewed by doctors who suggest a short, sharp cold water swim may offer an alternative to strong painkillers and physiotherapy.

The 28-year-old man who suffered from post-operative pain found it disappeared totally after doing an open water swim.


However cold water swimming does not suit everyone and entails risks.

The man had been a keen triathlete prior to his operation and had found conventional treatments had made little difference to his severe pain.

The man reported that the nerve surgery on his chest to correct facial flushing was a success but nothing would help his surgery pain.

The unnamed man said it was a “long shot” as to whether cold water swimming would help his pain but he was “desperate to get some relief”.

So he jumped from a rocky outcrop and began swimming for about one minute before reaching somewhere to safely climb back ashore. 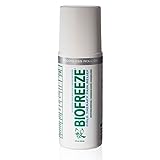 He said of his experience:

I initially thought ‘damn this is so cold I’m going to die!’ and I just swam for my life,” he told the report’s authors.

Once I was in the water, I had tunnel vision – for the first time in months, I completely forgot about the pain or the fear of shooting pains in my chest if I moved.

My entire body tingled with the cold. I just knew if I didn’t keep swimming, I’d soon freeze. After a few moments I actually enjoyed it – it was just an immersive rush of adrenaline.

When I came out of the water, I realised the neuropathic pain had gone away. I couldn’t believe it.

While cold water has been used for sports injuries for eons, the authors aren’t sure why cold water plunging cured the man’s pain.

They offer these theories:

We’d like to throw in a theory as well – perhaps the rush of adrenaline or a hormone from the shock is responsible for quelling pain signals. Some people use cold/hot water therapy to rapidly expand/contract lymph glands in the hopes that the lymph system can be cleared.

Obviously, this is only one case file and the authors do not intend that everyone go out and try it. There are real concerns for shock, hypothermia, cramping and any other possible cause of drowning.

This article (Man Cured His Pain With Cold Water Plunges After Painkillers Failed) appeared first at Natural Blaze. It can be reshared with attribution but MUST include link to homepage, bio, intact links and this message. PHOTO: Todd Quackenbush