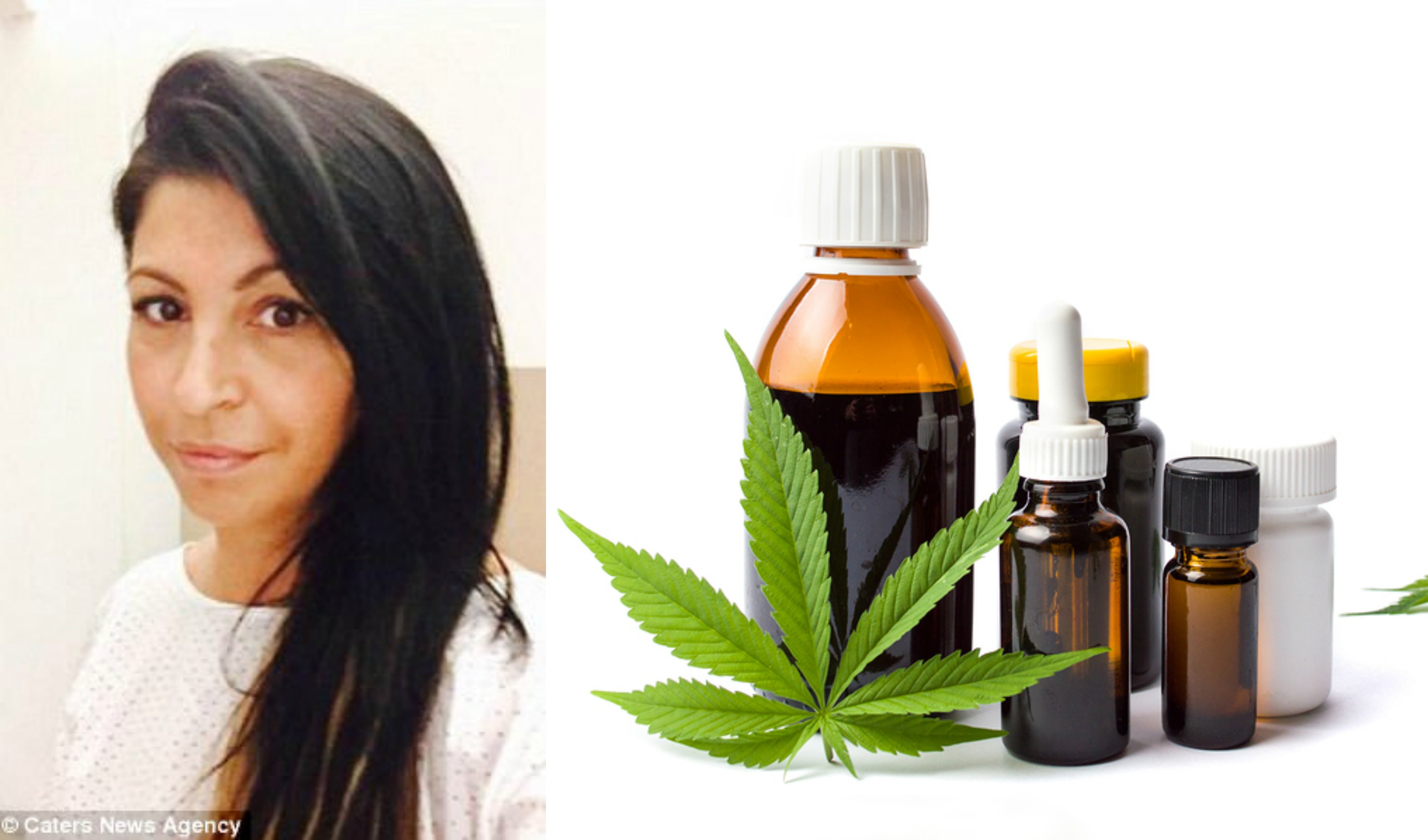 Another UK patient is turning heads with another amazing testimony regarding their positive use of cannabis oil, or, CBD oil, which does not contain the psychoactive compounds that get you “high.”

A mother-of-two claims she has cured her aggressive breast cancer by taking one drop of cannabis oil every day.

Dee Mani, 44, refused chemotherapy when she was diagnosed with triple negative breast cancer – deemed the deadliest form – and instead opted to try CBD.

Doctors gave her the all-clear just five months after she opted for the oil, which is derived from cannabis but doesn’t cause a high.


Ms Mani, from Birmingham, found a lump in her breast in March 2017 and soon after was diagnosed with breast cancer.

Of course, her doctors offered her chemotherapy which is standard medical treatment. However, Dee refused because it failed to keep her sister alive. She decided to break out on her own and studied alternative medicine. That’s when she found out about cannabis oil and its accompanying claims.

In the UK, CBD oil is often sold as a supplement because the rules are a little murky, however, CBD oil is presumably allowed to be prescribed though it’s unlikely to be prevalent. In fact, the first Briton ever was only recently prescribed medical marijuana (different from CBD oil) to relieve deadly seizures.

She then found a local supplier which costing £22 ($34) a month and started taking the “revolting” cannabis oil once every evening. It bears noting that she also cleaned up her diet and began meditation. By August she was given the “all-clear” by her doctors. Because of what happened to my sister, there was no way I was having chemo or radiotherapy.

At first when I spoke to the doctor I agreed to everything I was told, I said I’d have one year worth of chemotherapy but then I did my research.

After finding out about cannabis oil I started to put one drop into a capsule every night and take it before bed.

Within four months I believe that I cured myself and then when I was given the all clear, I knew it was the cannabis that cured me.

Alongside curing my cancer, it’s helped me with my insomnia, my allergy to dust and the pain in my back from having slipped discs.

My Way: Following the cancer brick road, from diagnosis to all clear naturally in 5 months…

Cannabidiol, or CBD, is one of more than 80 cannabinoids, natural compounds found in the marijuana plant.

Extracted from the plant as a mineral-rich oil, it is usually bottled with a dropper – but also comes in the form of chewing gum, soap or as a vape oil for e-cigarettes.

It has no side effects, either, and is not addictive.

It has been reported to help people with epilepsy, rheumatism, migraines, psoriasis, acne, multiple sclerosis and depression.

Crucially, cannabidiol oil does not contain any THC, the psychoactive component of cannabis. In other words, CBD does not get you high.

Mani, who is still cancer-free, continues to take CBD oil each night. She has written about her journey in a new book called My Way.