Ohio Gubernatorial candidate, Dennis Kucinich, released the first in a series of forthcoming detailed platform points surrounding his campaign on January 25. Fracking, a contentious issue for the people of Ohio (but not for their politicians) has contributed to poor water quality, decrease in agriculture, and damages to human health throughout the state and many have simply accepted it as a way of life. But Kucinich is putting it back on the table as an issue that will be tackled, given he wins the election.

While most politicians and candidates only go so far as to “address the concerns that people may have” regarding fracking, Kucinich outlined a plan that would end fracking completely in the state of Ohio and begin remediation for the people and communities that have suffered damages as a result. Kucinich is no stranger to the issue of fracking since he and his wife have both traveled to Standing Rock, North Dakota and the Hudson Valley in New York to oppose fracking and eminent domain being used for the benefit of the oil and gas corporations.

Standing next to his running mate, Akron city councilwoman Tara Samples, Kucinich read a statement that listed the immense dangers of fracking.

Today I am making my first major policy announcement as a candidate for governor, first to review the consequences of fracking and deep well injection of frack waste, and secondly to detail new policies for the state which I intend to pursue if elected, consistent with changing the relationship of the people of Ohio to their state government, under our campaign motto of #PowerToWeThePeople.

I am not new to this issue. For the past few years my wife and I have worked in support of native peoples at Standing Rock, North Dakota, challenging a pipeline, as well as communities in the Hudson Valley, New York opposing a fracked-gas infrastructure.

As a result of our involvement we have gained insight into the range of economic issues and environmental health concerns that confront communities dealing with fracking: the threat to water supplies, damage to property values, contamination of lakes, associated health problems, destruction of wildlife habitats, dying trees, air pollution, noise pollution, light pollution, increased heavy truck traffic in rural areas, social divisions within homes and in communities over fracking practices and the manipulation of the political process by oil and gas interests — all to fracture the earth, extract fracked gas, and to move the gas through pipelines across the country, for export to foreign markets. All of these matters relate to Ohio. One report indicates that the pursuit of fracking of the Utica and Marcellus shale formations beneath the Appalachian Eastern region of Ohio has resulted in “elevated risk of preterm birth and high risk pregnancy.” These areas, by the way include some of the highest poverty rates in the state.

In the past decade, Ohio has become steeped in the culture and economy of fracking. Drilling has occurred in at least a quarter of Ohio counties. There are many individuals, businesses and community leaders who have, in good faith, with great expectations for economic benefits, given their approval. Communities are now living with the consequences and at some point these communities must be made whole. More about that later.

One great blessing of living in Ohio is our access to fresh water. Lake Erie is part of a chain of Great Lakes which constitutes the largest freshwater supply in the world. Ohio has long benefitted from stable reservoir watersheds, however, the fracking industry has claimed a considerable amount of water supplies necessary to sustain local communities.

According to Ted Auch of the FracTracker Alliance, the fracking industry in Appalachia uses more than 10 million gallons of water per well, with demand increasing by 15% per year. Water quantity and associated watershed security issues are acute and chronic concerns at the local level where hydraulic fracturing’s freshwater demands equal 14% of residential requirements and exceed 85% of residential demand in several Ohio and West Virginia counties. The draining of water supplies is a fundamental issue in the maintenance of community life and agriculture. The ruination of soil from runoff from fracking sites reportedly has caused farmers and gardeners in proximity to drilling sites to cease growing activities.

There is very little knowledge of the proprietary chemicals injected deep into groundwater systems, except that they are toxic and carcinogenic. Hydroquest points out that “gas field technology is not capable of permanently isolating freshwater aquifers from gas field contaminants.”

In Ohio, no one knows the chemicals going into various injection wells, nor the consequences when leaks occur, or the implications when oil and gas waste is injected directly into aquifers.

Fracking then diminishes the supply of water and contaminates fresh drinking water. What is alarming is that hydrogeological and public health considerations seldom, if ever, seem to be of concern in drilling policies in this state.

Oil and gas waste, in the form of brine, is being repurposed for de-icing on Ohio roads, as well as dust control. However, the runoff from brine can carry with it increased exposure to radiation and heavy metals.

A recent report in the Pittsburgh Post-Gazette cited a study which showed high levels of radioactivity downstream from where treated wastewater from conventional gas drilling was discharged. The Post-Gazette pointed out that “naturally occurring radioactive material is present in underground rock formations, where oil and gas drilling occurs,” and is transported to the surface by water and other fluids used in fracking.

Additionally, it is well known that hydraulic fracturing and deep well injection in Ohio has caused more than 100 earthquakes, connected with disposal of fracking waste through underground injection. The constant pressure on the earth provides new pathways for pollution and risk of triggering increasingly dangerous seismic events.

Kucinich then announced his platform points and intended solutions to the fracking issue. He stated, 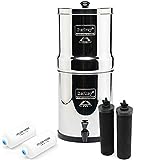 I intend to create real economic opportunities for the people of “fracked Ohio,” especially southeast Ohio, so they will no longer be vulnerable to those who exploit their poverty with poisoned jobs.

As I have inspected the conditions in Ohio which have occurred because of fracking I have had several questions:

How could this industry be given exemptions to important, protective environmental regulations?

How could toxic, radioactive, and hazardous waste be falsely labeled and disposed of as non-hazardous?

Why was Ohio made into a sacrifice zone as the designated dumping ground for hazardous waste, especially frack waste from other states who don’t want it?

How did it happen that an estimated 16 billion gallons of water have already removed forever from our hydrological cycle – never to be used for agriculture, recreation or drinking water for Ohioans?

How can this one industry have the political clout to virtually take over state government, to use our water and destroy it forever for others and only pay pennies on the gallon for this destruction?

Why was this industry allowed to pollute and profit by externalizing the true costs of pollution, remediation and destruction and passing it along to Ohio’s future generations?Why were Ohio taxpayer dollars, in the form of tax reductions, tax-paid loans and tax-paid grants provided to this industry, while more lasting, sustainable industries such as renewable energy program incentives were slashed?

Ohio taxpayers are facing a future of billions of dollars of debt and destruction as a result of the virtually unregulated nature of this industry. As Ohio’s Governor, I will end the corrupt influence of these interests in the state Capitol.

No longer will Ohio be the designated dumping ground for frack waste from here and other states with unregulated processing facilities operating for private profit at public expense.

No longer will the industry be able to hide behind the false label of “proprietary” to experiment with toxic chemicals and biocides and use them without traceability and responsibility for the health and environmental impacts on the State of Ohio.

No longer will we be lied to and used by these interests.

No longer will the industry be able to take advantage of lax regulations or no regulations to make money at our expense!

No longer will we let other countries turn the State of Ohio into a resource colony for their profit and export!

Confessions of an Economic Hit Man

No longer will frack gas pipelines be able to seize private property with eminent domain just to export our gas to overseas markets!

No longer will private property owners be forced to allow fracking next to them, making them sick and leaving them with worthless land, while the industry’s places upon them the liability for clean up.

This is not an idle campaign promise. I have the experience and the political independence to be able to take on the interests that have exploited this state, its political process and its people. The people of Ohio will be able to trust their state government to protect them and to create real economic opportunities that do not require people to risk their health, their lives and their families in a cynical game of exploitation by corrupt interests. We will empower the people of Ohio who have been abused, victimized and lied to. Ohioans are entitled to better jobs, safer jobs as well as access to clean, fresh water. This is the essence of our campaign of #PowerToWeThePeople.

Naturally, Kucinich’s statements were taken out of context to represent his opposition to fracking as an opposition to all energy production and oil in general. The fracking industry wasted no time lashing out with the Ohio Oil and Gas Association releasing a rather unprofessional statement. Mike Chadsey, the spokesman for OOGA said that “For being the person who touts himself as the candidate for the average guy, he sure is anti-worker and anti-union. These bold and unrealistic statements show how desperate his hopeless campaign is.”

Calling Kucinich’s campaign hopeless is a bit off the mark. A veteran politician and activist, Kucinich has only been in the race a little over a week and he is already polling in second place. His website was barely published before he became the number two in the race.

Photo by Ian Espinosa on Unsplash