“As a grassroots organization, the Guild often alerts the public about issues that are later widely recognized, such as our early work on labeling GMOs, and the recent addition of glyphosate (in RoundUp) to the Prop 65 state list of carcinogenic chemicals,” said Chico Community Guild vice president Peter Allison.

Allison pointed out that aluminum levels have risen over the decades and are now up to 18 times higher than the California EPA’s Maximum Contamination Level (MCL), as volunteer environmentalists discovered from water and soil samples submitted to state-certified labs, adding, “Whose job is it to take action when the state maximum of 1000 ppb is exceeded?”


Resolution co-author Lauren Ayers, a retired teacher from Chico, said, “It’s easy to make fun of citizen scientists, but without volunteer activists in Flint, Michigan, that city would still have lead in the water.”

“Aluminum is toxic to plants and animals,” adds her co-author John Diaz, a long-time Label GMO activist in the Sacramento Chapter. “We’re taking this out of the category of conspiracy theory and into the public health arena.”

Chair of the convention’s Water Committee, retired science teacher Jessica Denning of Sacramento, said, “We must follow the evidence where it leads. If official testing validates the activists’ tests, then we can thank them for the early warning. If state tests show no rise in aluminum, we can all breathe a sigh of relief.”

“For this pilot project, we recommend that the Assembly and Senate establish four types of testing in order to get a complete picture,” explains Ayers. 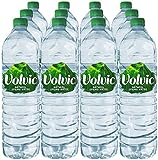 Samples of air, rain water, surface water, and soil would be taken. She adds, “The soil test provides a ‘Before’ and ‘After’ comparison because the first sample would be from under houses built more than 30 years ago, which gives a reliable base amount, while the second sample from each property would be from the yard, which would reveal how much aluminum levels have risen in the decades since the house was built.”

Ayers says that the proposed pilot project is affordable. “By making this a one-year pilot project in just 12 counties instead of all 58, we estimate that the total cost to taxpayers is only about a quarter of a million dollars, or less than half a penny per Californian.”

Ayers adds, “One theory is that coal burning factories and energy plants in China emit nano particles of aluminum from their smoke stacks which are carried across the Pacific to the West Coast. However, I couldn’t find any data showing wind transport 11,000 miles over the ocean and the Air Resources Board never answered my questions about that. It’s interesting that the ARB quit monitoring aluminum in the air in 2003, despite levels in the prior ten years that were significantly higher than normal.”

Aluminum and barium are toxic to most biota. Aluminum, for example, is toxic to plants, invertebrates, fish, and wildlife and aluminum is associated with and implicated in human neurological diseases, such as Autism Spectrum Disorders, Alzheimer’s, Parkinson’s and Attention Deficit/Hyperactivity Disorder. Aluminum is similarly involved in neurological disorders of bees, rats, rabbits and presumably other creatures.

Some scientists and experts believe the higher levels of aluminum in modern times is the reason why fire fighters are not able to rapidly extinguish forest fires in the U.S. Aluminum is a conductive substance causing fires to ignite from heat and burn hotter and faster.

SEE: Here’s Why You Should Never Use Aluminum Foil To Cook Your Food

Unlike most incorporated non-profit organizations, the Guild has a lobbyist because it is incorporated under the federal code 501c8, instead of 501c3. Among the other resolutions approved by the conferees which could become future legislation are:

The Chico Guild has already benefitted from the work of the Guild Lobbyist— for instance, the California Trails plan originated with the Chico Guild and subsequently was put into action by California legislators.