This Simple Shopping Trick Will Save You Loads of Money Now that the holidays are upon us, the shopping has begun in earnest.  Whether for ourselves or others, the stores are alive with festive happy shoppers shopping away in the shops until they’re bereft of money, energy, senses, or all of the above.

One of the things I’ve noticed throughout the years is the propensity of people to buy winter things that others can use right then and there, in the winter-time.  But why not think outside of the box?  And if it’s not for someone else, then think for yourself in this vein.

There are tremendous amounts of sales to be had from stuff that is not in the season, and you’ll find a lot of these things in sporting goods stores, military surplus stores, and thrift stores in general.  The prices for everything for the spring and summer are greatly reduced.  Why not buy it now, and save yourself the hassle of higher prices and scarcities later?


The technique: buy things that are meant for a later season.

Consumer Reports has a great breakdown of which items are best to buy each month.

In the wintertime, you won’t find many bargains on wool socks, thermal underwear, or heavy Gore-Tex jackets.  You will in spring and in the summertime, though.  Why not buy it in the summertime and set it aside for the winter?  And now, in the wintertime…buy the stuff that will be used in five or six months.  You can talk to the managers and find good stuff, such as summer tactical vests, summer camouflage clothing and shirts, camping gear for the warm weather, and such.

Guess what?  Many of these stores (especially the thrift stores) have a large percentage of this stuff in the back…and the manager will be eager to make sales and generate profits for their district managers, VP’s, and along “up” the “food chain” of their concern.  Make a deal with these guys, to buy some nice stuff and come in on a non-peak time to buy some of it.  You can promise the manager to buy at least a hundred or two hundred bucks worth of stuff, or something along those lines. 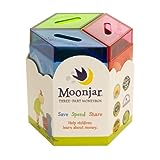 He’ll be happy to clear out any inventory he couldn’t clean out before.  Also, remember: equipment (such as tents, cookware, etc.) is sold year-round.  You can find some good buys in all of the places just mentioned.  The “trick” is to know who you’re shopping for and what that person really likes.  A gift is a gift, and that person will feel even better knowing that you took special care to find him or her something that is unique to what their interest is in.  Use your judgement as to the condition of the gift and how it will be presented.

There are plenty of things you can find with the original tags still on them, if that is your main concern.  Do not discount the pawn shops and secondhand stores for things such as computers and software, as well as sporting goods and camping equipment.  If somebody has an interest in something that isn’t able to be done in this time of the year (such as a champion distance swimmer, for example), then find them some things they can set aside and use when they’re able to do what it is that they love to do.

The Index Card: Why Personal Finance Doesn’t Have to Be Complicated

I once knew a young man who lived near to me who was an outstanding athlete (football), and I found a really nice set of weights and a bench in the paper for sale…bought the whole nine yards at about 20% of what it would all cost…cleaned it all up, gave the bench a fresh coat of paint…and voila!  He and his parents were ecstatic.  That was ten years ago, and the kid is all grown up now, but he still smiles and tells me how much he uses (still!) that set of weights I bought for him.

You can do the same: find things that are unique and hard to come by.  If it won’t make a gift, then pick it up for yourself.  Remember, it is part of your preps if it’s for you, and good PR if it’s a gift for someone you know.  Having a good time should be part of the whole quest.  This is usually not the case for most, but it can be if you use this method for yourself.

Turn a shopping spree into a treasure hunt by targeting exactly what you’re going to buy.  Turn it into an occasion to hone your deal-making skills, and maybe even to barter.  Not using an “approved” Federal Reserve Note to make your purchases…wow, that’s a “fringe” thought, is it not?  Enjoy yourself and make it an adventure that can hone your skills.  Economics will always be part of survival, and everything can be a challenge that improves your skills.  JJ out!