15 Best and Worst Foods to Eat When You’re Sick Being sick is never fun. While reducing stress and getting plenty of sleep can help you get through a nasty bout of seasonal sickness, food can play an important role, too. Of course, some foods are better than others. Here are some of the best and worst foods you can eat when you’re feeling under the weather.

Chicken soup has been a longtime remedy for any sickness — and for good reason. Broth, slow-cooked bone broth in particular, is very dense in nutrients, including magnesium, phosphorus, and other difficult to obtain trace minerals. Your body will have a harder time fighting off illness if it is suffering a deficiency, and drinking warm broth is comforting for the soul.

Not only is green tea chock full of antioxidants, but it also has anti-viral and antibacterial properties — yet another reason to stock green tea in your pantry. If caffeine isn’t your thing, chamomile tea elevates phenols, which are antioxidants that have been shown to possess antibacterial powers. Honey is sometimes thought to be as effective (or more) in suppressing coughs as over-the-counter meds. A 2010 study found that children with upper respiratory infections experienced greater relief from a 2.5 ml serving of honey before bed than from over-the-counter cough suppressants. If you have some spare change, try New Zealand’s own manuka honey, which is touted as being one of the most medicinal honeys in the world. 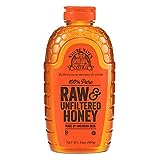 Grapefruit, oranges, and lemons are bursting with nutrients, including vitamin C, which is a well-documented ally if you’re fighting off the sniffles. Eat them whole, spritz some into your water, or make homemade juice if you’re feeling up to it. Popsicles are also great for numbing a sore throat. Ask someone to make you some homemade orange juice pops for a tasty, health-boosting remedy. Don’t waste your money on Vitamin C supplements, though — the body can’t use more than 200 milligrams a day.

Does ACV have no end to its glory? It is a potent anti-viral, anti-fungal, antibacterial, and anti-inflammatory liquid. It also helps to reduce acidity in the body by acting as an alkalizing agent. A tonic consisting of a tablespoon or two of raw ACV, raw honey, and lots of water could have you feeling a little bit less foggy in no time.

If you just have a head cold, eating something spicy might be the way to clear out your sinuses. When consuming spicy foods, your body will naturally loosen the mucus and phlegm that is clogging your body, and you might be able to breathe a little better. Spicy foods include chili pepper, horseradish, and wasabi. Take note: if you have a stomach illness, spicy foods may only aggravate your symptoms.

As an antimicrobial and antibiotic, garlic is known to boost immunity. It also increases enzymes that help to detoxify the blood. Studies have shown that garlic can not only help ward off colds but also reduce the duration and severity of illness. Load up a homemade bone broth and sip throughout the day.

A 2009 study showed that elderberry extracts were able to block the H1N1 virus’s ability to infect host cells.  That means it is a potent anti-viral. Okay, so maybe you don’t have an elderberry tonic stored in the back of your fridge, but if you find it or decide to make some, know that elderberries are great virus-fighters. Some even claim it can reduce the duration of colds and upper-respiratory infections.

This well-documented root helps with nausea. But, instead of reaching for a regular ginger ale loaded with high fructose corn syrup, try a natural ginger beer or ginger tea. These will have a higher potency of ginger and won’t cause further inflammation caused by unwelcome sugars.

Aside from their high vitamin content and energizing sugars, bananas are quite gentle on the stomach. If you’re suffering from a digestive-related illness, know bananas are a safe bet — along with rice, applesauce, and toast.

Anti-viral, anti-microbial, and anti-inflammatory, oil of oregano is extremely powerful and has been shown to fight viruses. It inhibits the growth of unwelcome pathogens, and has myriad other health uses to warrant it a spot in your medicine cabinet. Add a few drops to water or cook with the whole herb. Just exercise caution, as it is very potent.

In general, you should avoid any foods that cause inflammation, like white flour, refined sugar, and artificial sweeteners. Here are a few examples:

When your body is trying to bring itself back into balance, you don’t want to keep pumping in acidity and inflammation. Stay clear of any foods to which you may be sensitive — like dairy and gluten — and opt for eating less red meat and dairy, which can be heavy and acidic to the body.

Sugar is acidic to the body. Avoid refined sugars and artificial sweeteners, which cause inflammation. Instead, opt for honey and maple syrup, which are full of beneficial minerals, or eat whole fruits, which balance the sugar intake with fiber. Fried chicken is not going to make you feel any better. Foods high in grease and fat often leave your stomach unsettled and can produce further inflammation. Adding to your bodily inflammation while your sick just isn’t a smart idea, so steer clear of all fast food burgers when you are fighting off a cold.

While there isn’t a general consensus on this, most believe that dairy encourages the development of mucus. It’s probably not something you’re craving when you have a stomach bug either. If you’re searching for something cold to soothe your throat, opt for natural popsicles before hunkering down with a pint of Ben & Jerry’s cookie dough. (On the other hand, fermented dairy, like yogurt and kefir, may be beneficial in small amounts, due to the high levels of probiotics.)

The earlier you recognize an incoming illness, the better. Eating the proper foods can help you get out of bed and out into the world in no time. Remember, your food is medicine.