Apple stands accused of breaking a French law which makes it illegal to “deliberately reduce the lifespan of a product to increase the rate of replacement.”

After a report and subsequent bombshell admission last week by Apple—that they are deliberately slowing down phones in an effort to make them ‘perform better’—lawsuits have sprung up across the nation. Now, however, in France, Apple executives are facing far more than a potential civil suit, they are facing actual jail time.

In August 2015, France passed a law that makes it a crime to “deliberately reduce the lifespan of a product to increase the rate of replacement.” The aptly named group, Halte à l’Obsolescence Programmée (HOP – Stop Planned Obsolescence), has brought the criminal lawsuit against Apple this week.


If convicted of deliberate planned obsolescence, the tech giant’s executives found responsible will be jailed for up to two years and may have to forfeit up to 300,000 euros, and five percent of the firm’s annual turnover.

“Apple has put in place a global strategy of programmed obsolescence in order to boost its sales” of new iPhones, the group said.

According to the French Newspaper, The Local, HOP believes that the US firm can be sued over the sale of all iPhones in France since the introduction of a law in August 2015 that made it a crime to “deliberately reduce the lifespan of a product to increase the rate of replacement.”

It believes Apple could be liable for a fine in line with the value of all its iPhone French sales since the law came into force.

The suit will be heard in a criminal court if prosecutors decide it is legitimate.

“Everything is organized to force consumers to renew their smartphones,” said Laetitia Vasseur, the co-founder of HOP.

“However, when the phone is priced at 1,200 euros, which is more than the SMIC (the minimum monthly wage in France), these practices are unacceptable and must be punished.” “It is our mission to defend consumers and the environment against this waste organized by Apple,” she said.

As TFTP reported last week, this discussion about throttled processor speed began after a Reddit post went viral earlier this month. The Redditor wrote that Apple appears to be slowing down old iPhones that have low-capacity batteries. After this post went viral, Apple was forced to respond and admitted to it.

According to Apple, this deliberate throttling of processor speeds on older phones is an effort to keep them running smoothly. Apple claims they are slowing down your older iPhone so they can keep your iPhone from unexpectedly shutting down. 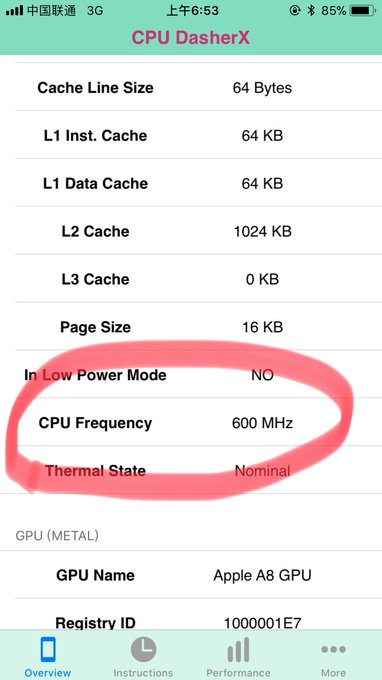 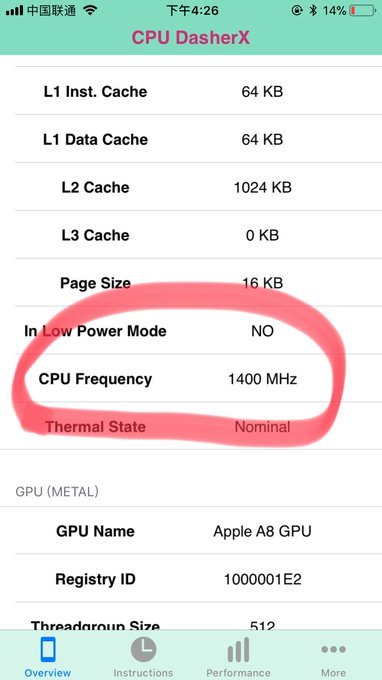 The throttling, according to Apple, began last year—despite years of reports from users. Instead of fixing a hardware issue after users began to report widespread malfunctions with the iPhone 6s battery, Apple started to algorithmically alter how the phone uses power. The phone feels slower because it actually is slower. Apple says this improves safety.

Although Apple says this practice began only last year, if we look at the past 5 years of Google search data, we can see a trend of the search term “iPhone slow”—every September—the same month the new iPhones launched.

When reached for comment, Apple basically confirmed the findings but disputes the assumed intention:

Our goal is to deliver the best experience for customers, which includes overall performance and prolonging the life of their devices. Lithium-ion batteries become less capable of supplying peak current demands when in cold conditions, have a low battery charge or as they age over time, which can result in the device unexpectedly shutting down to protect its electronic components.

Last year we released a feature for iPhone 6, iPhone 6s and iPhone SE to smooth out the instantaneous peaks only when needed to prevent the device from unexpectedly shutting down during these conditions. We’ve now extended that feature to iPhone 7 with iOS 11.2, and plan to add support for other products in the future.

Instead of telling customers who bought the phones—which cost upwards of $850—that they were going to throttle the phone’s performance, Apple simply rolled out the update and told no one. And now, they have the audacity to call this deliberate throttling a “feature.”

Now, this tech giant has begun damage control and is telling everyone that they had to do this to keep the devices working smoothly. But this raises the question: would Apple customers willingly buy a device that they know will be throttled in upcoming updates and not perform like they expect?

Instead of dropping the performance of the devices which many of the users are probably still paying for through their cell carriers, Apple should replace the batteries—at no charge.

As CNBC notes, sure it’s an expensive undertaking for Apple, but a user should be guaranteed a certain level of performance for the lifetime of a product, until Apple stops supporting it with new software.

However, it appears Apple has no intention of doing so, most likely because the throttling of older iPhones undoubtedly boosts sales of newer ones. Instead of offering new batteries for the thousand dollar devices, Apple will now sell you one for $29. The marketing genius has turned a scandal into a profit and their users will likely eat it up.

While the move to jail Apple execs may sound like a solution, here at TFTP we believe that voting with your dollars is far more effective at forcing change than using the state. The choice is up to you, will you continue to buy a product you know will be deliberately slowed down, or will you refuse to give Apple your money until they make this right?