In 1928 when the US-based United Fruit Company – now known as Chiquita Brands International – faced labor issues in Columbia, it had at its disposal Colombian troops which gunned down hundreds of strikers to maintain production and profits.

Ensuring that Columbia protected “American interests” was the US State Department who hosted company representatives at the US embassy in Bogotá, which in turn was in contact with Washington. The United Fruit Company’s actions in Columbia was far from an isolated incident. US Marine Corps General Smedley Butler would write a book regarding his personal, first-hand experience in fighting wars on multiple continents for oil companies, bankers, and fruit companies.

Nearly a century ago large corporate interests already possessed full control over the mechanisms of American governance, determining its domestic and foreign policy, and readily using the nation’s military might for their own personal gain across the globe. 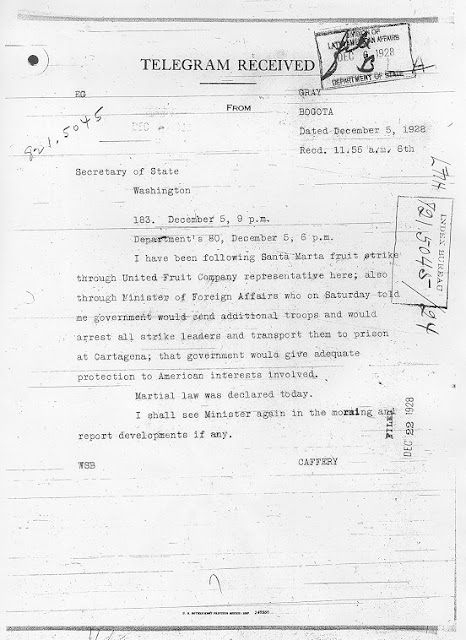 The arrangement has not disappeared over time. It has simply evolved.

The US Chamber of Commerce and USAID

The US Chamber of Commerce on its own website admits it is a lobbying organization and while it claims it represents millions of businesses big and small – it is an organization dominated by, and existing solely for it largest members. The US State Department today – just as it did in Bogotá in 1928 – represents “American interests,” understood as being synonymous with corporate interests. It is through the US State Department that organizations like the United States Agency for International Development (USAID) and the National Endowment for Democracy (NED) receive their funding and directives.

These organizations are either chaired by or partnered directly with representatives not from humanitarian aid or democracy promotion circles, but from the very corporations they truly serve merely under the guise of “development” and “democracy.”

USAID – for instance – openly boasts of its joint partnership with US Chamber of Commerce member and agricultural giant Monsanto. With US State Department resources and tax money, Monsanto has used the cloak of development aid to spread into developing nations around the world from Africa and Asia to South America.

NED – on the other hand – is directly chaired by representatives from some of Wall Street’s largest  corporations including, Exxon, Goldman Sachs, Boeing, Ford, Citigroup, and Visa. While many of NED’s grantees pose as left-liberal activists fighting against corrupt and abusive special interests in their respective nations, they are in fact enabling the most corrupt and abusive special interests on Earth to simply remove obstacles so that they can dominate the markets, resources, and peoples of any given targeted nation.

And together, openly – as discussed by USAID’s administrator at a recent US Chamber of Commerce Foundation conference – that is what USAID and NED and their many subsidiaries do.

Doing business overseas is not in and of itself necessarily a bad thing. However, US corporations through USAID, NED, and their subsidiaries do more than just business. 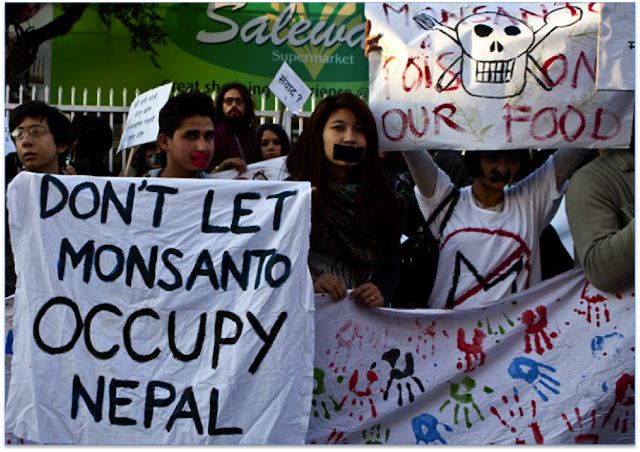 Through their “development” and “democracy” programs, they systematically take over the infrastructure, media, and political order of targeted nations, eventually installing obedient client regimes into power – either through compromised elections, color revolutions, or US military-led regime change operations. These client regimes then serve “American interests” just as the Colombian government did in 1928 when “American interests” required strikers to be shot en mass.

It was USAID and NED-funded groups that helped fill the streets of Arab nations in 2011, tipping off years of war, the destruction of whole nations, and the edging of the entire region toward an even wider conflict in pursuit of long-standing, openly declared US foreign policy objectives. In the Middle East Wall Street seeks to eliminate its competitors, fuel its immense arms industry, and grant its energy firms, financiers, and the petrodollar they are both built upon a reprieve from an otherwise inevitable collapse.

Today, nations like Thailand face an “opposition” created and perpetuated entirely out of the US and European embassies and from the coffers of USAID and NED. So-called “activists” find their social media timelines filled exclusively with content produced by US State Department grantees. For decades US special interests have sought to dominate Thailand economically and geopolitically. With China’s rise, Wall Street sees a closing window of opportunity to use Thailand and other nations along China’s peripheries to box in this growing competitor and potential usurper of US hegemony in Asia Pacific.

While many imagine great conspiracies toward world domination driven by complex political ideologies – in reality American hegemony is driven by the same tropism of collective human greed that has fueled empire throughout human history.

USAID and NED often are used to provoke conflicts and even wars – including the current conflicts the US is waging in the Middle East and North Africa. Both organizations also play roles in the aftermath of conflicts and wars such as in Afghanistan, where they help overwrite destroyed industries, institutions, and infrastructures with a system that locks and pays directly into Wall Street and Washington’s.

Understanding why and on behalf of whom US foreign policy is directed helps policymakers and individuals alike look past the many political distractions offered to occupy the world’s attention while the US expands its grip. Understanding that US foreign policy is driven by corporate interests and a desire to dominate resources, markets, and people allows nations to focus on building resilient economies, institutions, and national security to deal with and defend against the many methods the US uses.

This article first appeared at Land Destroyer and appears here with permission.