It’s flu season again, which means it’s time to see an unavoidable barrage of stories in the corporate media claiming that vaccines are entirely safe, effective and without consequence. We’re told that vaccines are harmless and there will be no consequences for trusting the medical establishment, but is this really the case? Of course, some vaccines have aided humanity since their inception, but others have done a great deal of damage, particularly the flu shot.

This article from People magazine is a good example of vaccine propaganda with no regard to showcasing the health dangers, toxic ingredients, or cases of vaccine-related deaths and illnesses. In the spirit of full disclosure, I’ll be going over their major points and telling the side of the story that vaccine manufacturers and media moguls don’t want you to hear.

1. The “Myth” That Vaccines Cause the Flu

The common argument among vaccine proponents is that due to the inactive state of the virus in the vaccine, which is brought about by weakening it either through heat or by using substances like formaldehyde, the vaccine cannot cause the flu. This may be true, but would you still take it if you knew that the influenza vaccine was linked to higher rates of similar viruses? One study from the Infectious Diseases Society of America shows us that children who took the inactive influenza vaccine were at higher risk of contracting non-influenza respiratory virus infections.

“Receipt of TIV could increase influenza immunity at the expense of reduced immunity to noninfluenza respiratory viruses, by some unknown biological mechanism. Alternatively, our results could be explained by temporary nonspecific immunity after influenza virus infection, through the cell-mediated response or, more likely, the innate immune response to infection.” – Benjamin J. Cowling, Study Author

Another study regarding exposure to nonactive influenza vaccines reinforces the theory that shots can make your flu worse if other strains are subsequently contracted.

2. The “Myth” That Flu Shots Do Not Have Negative Health Consequences

The myth that vaccines cannot cause adverse reactions has been proven false. The truth is that the U.S. government alone has paid over 3 billion dollars to the families of vaccine-damaged Americans since 1989 via 3,887 compensation awards. In fact, the CDC and FDA both co-manage a vaccine safety data program called Vaccine Adverse Event Reporting System (VAERS) where you can report incidents of vaccine injury. The data is open for anyone to access on their website. Many of these cases were settled over the findings that vaccines have caused chronic encephalopathy (brain damage), epilepsy, symptoms of autism, hyperactivity, and more.

SEE: 7 Reasons To Never Get The Flu Shot And What To Do Instead

A study from Pennsylvania State College and Yale University on neuropsychiatric disorders occurring after vaccination found by using private insurance claims that vaccination was associated with incidents of anorexia nervosa (AN), OCD, and other anxiety disorders in children aged 6-15. Both influenza and hepatitis vaccines were linked to brain damage in some patients.

“This pilot epidemiologic analysis implies that the onset of some neuropsychiatric disorders may be temporally related to prior vaccinations in a subset of individuals” – Douglas L. Leslie, Study Author

Additionally, “permanent brain damage” as well as “long-term seizures, coma, or lowered consciousness” are rare, yet known effects of vaccines.

3. The Fact That Getting a Flu Shot May Not Protect You from the Flu

One fact you won’t often hear from vaccine proponents is that there are over 200 strains of flu and although the H3N2 flu virus has been identified as one of the most prevalent and virulent flu subtypes, it isn’t always easy for vaccine manufacturers to tell which one people need protection against on a yearly basis.

Additionly, some researchers have even found the flu shot to be fundamentally flawed with almost a 0% effectiveness rate. This study from Scripps Research Institute concluded that by conducting the common practice of incubating the flu virus in an egg before using it for vaccines, the virus is actually forced to mutate, which means the virus in the vaccine and the virus you want protection against are different enough to where the vaccine is rendered virtually ineffective.

“Any influenza viruses produced in eggs have to adapt to growing in that environment and hence generate mutations to grow better…The common practice of growing influenza vaccine components in chicken eggs disrupts the major antibody target site on the virus surface, rendering the flu vaccine less effective in humans.” — Ian Wilson, Lead Author of the Study

One study from 2011 found that Type A and B influenza viruses normally cause illness in only about 2.7% of adults, while the flu vaccine cut that number to about 1.2%. Statistically speaking this is about a 60% drop, but also means that the flu shot gives 98.5% of adults no benefit. Combine this with the fact that death rates from the flu are masked by cases of vaccine injury and you have a very cloudy situation regarding vaccine effectiveness and safety.

“Influenza vaccines can provide moderate protection against virologically confirmed influenza, but such protection is greatly reduced or absent in some seasons. Evidence for protection in adults aged 65 years or older is lacking.” – Michael T Osterholm, PhD

4. The “Myth” That Pregnant Women Should Not Get Vaccinated

According to vaccine proponents, everyone should get the flu shot, including those with a fetus growing inside of them. However, if you take their advice you may be unknowingly damaging your unborn child. The CDC admits on their website that vaccines commonly include substances such as aluminum, formaldehyde, neurotoxic monosodium glutamate, and mercury-containing thimerosal. All of these are dangerous to the developing child as well as the mother.

Although health authorities typically claim that the levels of mercury in vaccines is low, when tested by independent labs the flu shot was found to have over 51 parts per million of mercury – that’s over 25,000 times higher than the EPA’s limit for drinking water and it’s even more dangerous when injected directly into the bloodstream, bypassing most of the body’s filters. To purport that this does not affect the health of an unborn child is in absolute denial of reality and only serves to protect vaccine companies, not keep people healthy.

“Exposure to mercury – even small amounts – may cause serious health problems, and is a threat to the development of the child in utero and early in life… [and] may have toxic effects on the nervous, digestive and immune systems, and on lungs, kidneys, skin and eyes.” – World Health Organization 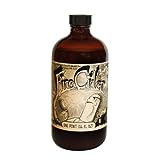 One study published in the journal Vaccine hinted at the notion that a number of expectant mothers who took the flu shot in 2010-2011 had received spontaneous abortions as a result of taking the flu shot during pregnancy, however the science is not yet conclusive. According to a document received by the National Coalition of Organized Women, miscarriages reported to VAERS skyrocketed by 4,250 percent between 2009 and 2010 after receiving mercury-laden flu shots.

“A CDC-funded study found that women vaccinated early in pregnancy with a flu vaccine containing the pandemic H1N1 (H1N1pdm09) component and who also had been vaccinated the prior season with a[n] H1N1pdm09-containing flu vaccine had an increased risk of spontaneous abortion (miscarriage) in the 28 days after vaccination.” – CDC

5. The “Myth” That There is No Link Between Vaccines and Autism

The debate over whether or not there is a correlation between vaccines and autism has been going on for some time, but really hit the spotlight after the documentary VAXXED came out in April 2016. Some argue that there isn’t a rise in autism, but rather a rise in diagnoses of it, while some independent scientists and researchers have uncovered a wealth of information showing a link.

It’s important to note that no studies have yet proven vaccines to be a direct cause of autism, but have shown a link. This research includes studies from the College of Pharmacy at University of Michigan (1998), Utah State University (2002), the Faculty of Medicine in Egypt (2006), the Journal of Toxicology and Environmental Health (2010), the Journal of Child Neurology (2007), and many more recent studies as well.

It is also important to note that uncovered documents have shown that the FDA actually considers some vaccines to be linked with autism, as seen here.

“The supposedly best medical experts in the world who deny vaccines have anything to do with autism remain at an utter loss to explain this generation’s epidemic. To declare the science “settled” and the debate “over” is to defy the plain fact that many scientists worldwide are still sorting through it, and millions of people are still debating it.” – Sheryl Attkisson, Former CBS Journalist

Due to media hysteria, questioning the establishment narrative regarding vaccines is practically considered a crime against humanity, exemplified by the recent claim by the Boston Herald that debating the ethics of vaccines “ought to be a hanging offense.” However, most who question the safety of vaccination support the idea of vaccines, but remain skeptical due to known adverse effects and known shadowy business ties between scientists and vaccine manufacturers. Vaccines will never be 100% safe and effective, which is why in a free society they should remain 100% voluntary.

Finally, if you want to improve your immune system naturally you can try superfoods like garlic, chlorella and spirulina, or simply maintain a healthy overall lifestyle.

This article (5 Seasonal Flu Vaccine Myths Debunked) was originally created and published by Waking Times and is published here under a Creative Commons license with attribution to Phillip Schneider and WakingTimes.com. It may be re-posted freely with proper attribution, author bio, and this copyright statement.