People with anxiety, PTSD, depression, schizophrenia (or even ADHD) may be plagued with memories, imagery and negative thoughts they’d rather not relive over and over again. There is a key chemical in the “memory” region of the brain that actually allows us to suppress or “quiet down” these thoughts so that we can function.

Scientists may have just figured out why the barrage of negative imagery and thought hits people with PTS problems.

“Our ability to control our thoughts is fundamental to our wellbeing,” explains Professor Michael Anderson from the Medical Research Council Cognition and Brain Sciences Unit at the University of Cambridge. “When this capacity breaks down, it causes some of the most debilitating symptoms of psychiatric diseases: intrusive memories, images, hallucinations, ruminations, and pathological and persistent worries. These are all key symptoms of mental illnesses such as PTSD, schizophrenia, depression, and anxiety.”

Professor Anderson likens our ability to intervene and stop ourselves retrieving particular memories and thoughts to stopping a physical action. “We wouldn’t be able to survive without controlling our actions,” he says. “We have lots of quick reflexes that are often useful, but we sometimes need to control these actions and stop them from happening. There must be a similar mechanism for helping us stop unwanted thoughts from occurring.”

The health and functioning of the prefrontal cortex, by the way, is tantamount for helping control ADHD and addiction symptoms. (Who knows, maybe they are all related.) 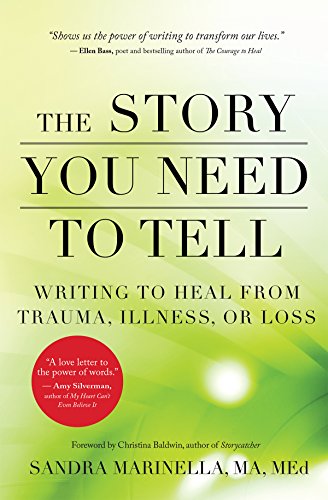 In research published today in the journal Nature Communications, a team of scientists led by Dr Taylor Schmitz and Professor Anderson used a task known as the ‘Think/No-Think’ procedure to identify a significant new brain process that enables the prefrontal cortex to successfully inhibit our thoughts.

In the task, participants learn to associate a series of words with a paired, but otherwise unconnected, word, for example ordeal/roach and moss/north. In the next stage, participants are asked to recall the associated word if the cue is green or to suppress it if the cue is red; in other words, when shown ‘ordeal’ in red, they are asked to stare at the word but to stop themselves thinking about the associated thought ‘roach’.

When they used MRI and other tools to study brain scans – and even brain chemistry, the made one of the most fascinating discoveries to date!

Professor Anderson, Dr Schmitz and colleagues showed that the ability to inhibit unwanted thoughts relies on a neurotransmitter — a chemical within the brain that allows messages to pass between nerve cells — known as GABA. GABA is the main ‘inhibitory’ neurotransmitter in the brain, and its release by one nerve cell can suppress activity in other cells to which it is connected. Anderson and colleagues discovered that GABA concentrations within the hippocampus — a key area of the brain involved in memory — predict people’s ability to block the retrieval process and prevent thoughts and memories from returning. [emphasis added]

Price Disclaimer
People with less GABA in their hippocampal region were less able to suppress unwanted thoughts and memories by the prefrontal cortex.
They explain:

What’s exciting about this is that now we’re getting very specific. Before, we could only say ‘this part of the brain acts on that part’, but now we can say which neurotransmitters are likely important — and as a result, infer the role of inhibitory neurons — in enabling us to stop unwanted thoughts.

Where previous research has focused on the prefrontal cortex — the command centre — we’ve shown that this is an incomplete picture. Inhibiting unwanted thoughts is as much about the cells within the hippocampus — the ‘boots on the ground’ that receive commands from the prefrontal cortex. If an army’s foot-soldiers are poorly equipped, then its commanders’ orders cannot be implemented well.

They think this may be the answer to the mystery of schizophrenia. Research has shown that people with schizophrenia have a ‘hyperactive’ hippocampus, which correlates with intrusive symptoms such as hallucinations. Postmortem studies have revealed that the inhibitory neurons (which use GABA) in the hippocampi of these individuals are compromised, possibly making it harder for the prefrontal cortex to regulate activity in this structure. “This suggests that the hippocampus is failing to inhibit errant thoughts and memories, which may be manifest as hallucinations,” they said.

Researchers now believe that an overactive hippocampus is responsible for PTS symptoms, rumination, anxiety, excessive worry and more. According to Dr Schmitz, “The environmental and genetic influences that give rise to hyperactivity in the hippocampus might underlie a range of disorders with intrusive thoughts as a common symptom.”

Most of the focus has been on improving functioning of the prefrontal cortex,” he says, “but our study suggests that if you could improve GABA activity within the hippocampus, this may help people to stop unwanted and intrusive thoughts.