Genetically Engineered Mosquitoes To Be Released In 20 States The US Environmental Protection Agency has approved the release of genetically engineered mosquitoes in 20 US states and Washington D.C – what are the implications of this mass experiment?

In early November the US Environmental Protection Agency (EPA) approved the use of mosquitoes which have been genetically engineered to carry a common bacterium designed to kill mosquitoes that carry dangerous viruses. The news was reported in Nature, and later confirmed to Gizmodo by MosquitoMate, the company behind the GE mosquitoes, and the EPA. The EPA said they officially registered MosquitoMate’s Asian Tiger mosquito with a five-year license to sell their lab mosquitoes in 20 states across the nation.

On 3 November, the agency told biotechnology start-up MosquitoMate that it could release the bacterium Wolbachia pipientis into the environment as a tool against the Asian tiger mosquito (Aedes albopictus). Lab-reared mosquitoes will deliver the bacterium to wild mosquito populations.


The decision — which the EPA has not formally announced — allows the company, which is based in Lexington, Kentucky, to release the bacteria-infected mosquitoes in 20 US states and Washington DC.

Stephen Dobson, an entomologist at the University of Kentucky in Lexington and founder of MosquitoMate, told Nature that other species of mosquito and other insects are not harmed by the release of the lab mosquitoes. Dobson also stated that MosquitoMate plans to begin selling the mosquitoes locally in Lexington, Kentucky and then from there expand to nearby cities.

The EPA’s decision came after the US Food and Drug Administration approved the release of genetically engineered mosquitoes designed to prevent the spread of the Zika virus. The FDA’s approval was in relation to a field test of genetically modified mosquitoes engineered by the British biotechnology company Oxitec.

Oxitec is the same company involved in a controversial vote in the Florida Keys during the 2016 Election. In that vote, residents of the Key Haven voted against the release of the mosquitoes in their community. However, shortly after, the trials were approved for a different location in the Keys. Despite the approval, opposition to the controversial project has not ceased. In late November 2016, Health News Florida reported that a coalition of groups, including the Center for Food Safety and the Florida Keys Environmental Coalition, have filed a 60-day notice of intent to sue the U.S. Food and Drug Administration.

Earlier this year the Houston Chronicle reported that Oxitec is working on a deal with Harris County officials to release GE mosquitoes in the Houston area. Oxitec is attempting to sway Houston officials by stating that their product has a nearly 100% success rate. Gizmodo reported:

The company claims that trials in Brazil, Panama and the Cayman Islands have reduced mosquito populations by 90%, calling the success “an unprecedented level” of human control over nature. (The World Health Organization, for it’s [sic]part, has stated that while the technology “has demonstrated the ability to reduce the [mosquito] populations in small-scale field trials” there is still “an absence of data on epidemiological impact.”)

Interestingly, in October 2017, the FDA made another announcement which clarifies that “mosquito-related products intended to function as pesticides” are not “drugs” under the Federal Food, Drug, & Cosmetic Act, and “will be regulated by the EPA under the Federal Insecticide Act.” This decision led to the November announce from the EPA and now sets the stage for future experiments with genetically engineered mosquitoes. 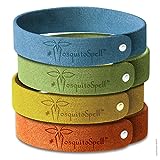 Will the first site of genetically engineered mosquitoes be in Houston, the Florida Keys, or one of the newly approved 20 states? Time will tell. For now, it is important to express your thoughts and concerns to local officials. If this is happening in your area and you have concerns, do not sit around doing nothing, or only complain online. Take some type of action. Educate your neighbors and hold your public officials accountable.