Recently, underground but prominent wildlife photographer Richard Bowler got the attention of hundreds of thousands of people when he said the UK government’s vote to reject the inclusion of animal sentience in the European Union Withdrawal Bill is “a vote to say animals can no longer feel pain or emotions.”

That’s because a specific part of the European Union Withdrawal Bill to recognize the sentience of animals, their ability to feel pain or emotion, has been removed while many of the other laws the European Union put into place in the UK will be automatically transferred over to UK law.

A headline from the London Economic reads “Government votes that ‘animals can’t feel pain or emotions.'”

“The move to reject sentience in the bill has been largely under-reported in the mainstream media despite Michael Gove facing criticism over his high animal welfare pledge.

Eighty per cent of current animal welfare legislation comes from the EU, but after March 2019, European law will no longer apply in the UK.”

“So MP’s have voted and in their wisdom, animals can no longer feel pain or emotions. It really beggars belief that in this day and age, this shower of a government no longer recognises animals as sentient beings. None of them could have had a pet dog, greet them when they come home. But it’s not just domestic animals that show love and affection. The photograph shows Rosie and how she greets me, every time I visit her. Are you telling me there’s no emotion there, what you can’t see is the wagging tail and the squeals of excitement as well. All three foxes I care for have built a bond with Maddy our terrier, she is greeted in exactly the same way.

It’s not hard to imagine that if bonds like this can be formed inter species, that the same bonds can be formed between a dog fox and a vixen and their cubs. In fact so called pest controllers use this to their advantage, after shooting the vixen they will often wait, knowing the dog fox will show up, to mourn if you like. Anyone who’s seen elephant documentaries when families visit the bones of their dead can not fail to see that there are emotions going on there. Science is showing more and more animal intelligence and emotions and yet our government has yet again ignored it. There can only be one reason to deny animal sentient status, and that is to exploit them.”

Many people who support smaller or no government rejoiced when the UK removed itself from the European Union, an entity that centralizes power in an unprecedented way across several countries in Europe. However, it defeats the purpose to an extent when the EU laws are automatically continued onto UK law.

But why would the new bill specifically remove the part that recognizes the sentience of animals? We may not know the answer, but we can come to a detailed, slightly more complex conclusion.

The wildlife photographer who drew attention to this pointed out that the exclusion of sentience probably has a purpose. Could it be for things like the legality of lab rats, or experiments on animals? While there could be an agenda there, the EU also has an agenda.

It may be true that 80% of animal welfare legislation comes from the EU, but why?

The European Union, the United Nations, the World Bank and entities of similar power actually carry out schemes so far reaching and powerful it would boggle the mind. These are some of the most powerful institutions on the planet, and they clear the way for multinational corporations to make profit by doing such things as stealing people’s land.

The African country of Uganda is ground zero for European Union, World Bank, and United Nations plots to confiscate land.

In Uganda, the EU is currently trying to involuntarily take land from people for development projects. An October 2017 headline from the Daily Monitor reads “European Union backs Museveni on Land Act Amendment Bill.” Reading from it:

“The European Union (EU) has said they support President Yoweri Museveni’s stand on the planned amendment of the land law because there is need for a serious regulation to govern land use and acquisition.

The proposal to amend Article 26 of the 1995 Constitution to allow government take over private land before compensation has met opposition from some members of the civil society, church leaders, Members of Parliament, ordinary people and a section of politicians.

The critics of the plan argue that if land is acquired before compensation, owners may not get proportionate payment from the government. President Museveni says amending the article is not intended to steal people’s land but to hasten government projects that have been stalling as a result of court cases arising from compensation disputes.

The Reducetarian Solution: How the Surprisingly Simple Act of Reducing Can Transform Your Health and the Planet

Subsequently, President Museveni embarked on a countrywide tour to explain the plan to Ugandans on various radio stations. EU funds among other projects, the Masaka–Mbarara–Katuna, Mbarara bypass, the Kampala-Jinja Expressway and the Southern bypass.”

That’s about as obvious of a scam as the Keystone Pipeline being used as justification to steal Native American land. The EU and UN, World Bank and fellow behemoth powers do the same thing: they pour money into “sustainable development” projects in places like Uganda, and have the local government amend laws that protected people’s land to clear the way.

The people of Uganda don’t have a choice but to sell their land, and who knows where they will go when the EU is done clearing them out.

Ugandan people are also the victims of scheming between the World Bank, Hong Kong and Shanghai Banking Corporation, and their UK investment New Forests Company. New Forests Company wanted to grow forests in African countries, to sell “credits” from the carbon dioxide its trees absorb to corporations that pollute the environment abroad, presumably to appease government.

Over 20,000 people were forcibly removed from their land to make way for the World Bank sponsored plantation: and it wasn’t peaceful.

“I heard people being beaten, so I ran outside,” said a Ugandan resident whose land was stolen, Emmanuel Cyicima. “The houses were being burnt down.” Others described soldiers with guns and even an 8 year old child burning to death, because his house was set on fire by officers clearing the area. “They said if we hesitrated they would shoot us,” said resident William Bakeshisha. He described hiding in his coffee plantation, witnessing his house burn down.

So security forces working on behalf of a British corporation that the World Bank invested in, that’s signed onto a United Nations program, are responsible for burning an 8 year old child alive, burning down people’s homes, threatening to murder the people who don’t leave their land and leaving over 20,000 people homeless with probably not enough compensation: and that’s just what the mainstream media has been forced to report, because of a report from Oxfam International.

“Across Africa, some of the world’s poorest people have been thrown off land to make way for foreign investors, often uprooting local farmers so that food can be grown on a commercial scale and shipped to richer countries overseas.

But in this case, the government and the company said the settlers were illegal and evicted for a good cause: to protect the environment and help fight global warming.

The case twists around an emerging multibillion-dollar market trading carbon-credits under the Kyoto Protocol, which contains mechanisms for outsourcing environmental protection to developing nations.

The company involved, New Forests Company, grows forests in African countries with the purpose of selling credits from the carbon-dioxide its trees soak up to polluters abroad. Its investors include the World Bank, through its private investment arm, and the Hongkong and Shanghai Banking Corporation, HSBC. 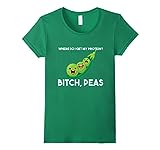 In 2005, the Ugandan government granted New Forests a 50-year license to grow pine and eucalyptus forests in three districts, and the company has applied to the United Nations to trade under the mechanism. The company expects that it could earn up to $1.8 million a year.

But there was just one problem: people were living on the land where the company wanted to plant trees. Indeed, they had been there a while.”

So when any person clamors for intervention from entities such as the European Union, or World Bank, or United Nations to protect animals or save the environment, they are asking for help from the wrong people.

Those entities are in the business of pretending to care about the environment… for business, and control.