Over 1 Million Call on DOJ to Block Bayer-Monsanto Merger

Tuesday, Friends of the Earth, SumOfUs and the Open Markets Institute released an analysis, “Bayer-Monsanto Merger: Big Data, Big Agriculture, Big Problems“, which  explores the implications of a combined Big Data, chemical and seed platform owned by Bayer and Monsanto and how it may impact competition and farmer choice. The release of the analysis coincides with a hearing Tuesday on technology in agriculture and data-driven farming in the U.S. Senate Committee on Commerce, Science, & Transportation.

Consumer Federation of America released a report today, “Mega-Mergers in the U.S. Seed and Agrochemical Sector the Political Economy of Tight Oligopolies on Steroids and the Squeeze on Farmers and Consumers.” The report uses the concept of a “tight oligopoly on steroids” to examine how the unique characteristics of the Bayer-Monsanto merger magnify their market power in the seed/agrochemical sector and squeeze farmers and consumers.

On Tuesday, at the National Press Club, a panel of experts discussed the findings of these reports and explored the latest research indicating irreversible impacts from the merger to consumers, farmers and competition in the face of record-low commodity prices and struggles in rural America.

“The opportunity for every farmer, every business and every entrepreneur to have a fair shot at an open and just market is the core principle that built America and its people’s prosperity,” said Joe Maxwell, executive director of Organization for Competitive Markets. “Our government’s unwillingness to enforce our anti-monopoly laws and allow these mega-mergers to go forward is threatening our very democracy.”

“Bayer and Monsanto’s toxic mega-merger is a danger to our planet and everyone living on it,” said Erich Pica, president with Friends of the Earth. “Over 1 million Americans have called on the Department of Justice to protect our farmers and families from the consolidation of corporate power. Bayer and Monsanto’s merger is a direct threat to the future of people and our environment. The Justice Department must put on the breaks and stop this merger.”

“A merger between Bayer and Monsanto is a five-alarm threat to our food supply and to farmers around the world,” explained Angus Wong, Campaign Manager with SumOfUs. “This new mega corporation would be the world’s biggest seed maker and pesticide company, defying important antitrust protections, giving it unacceptable control over critical aspects of our food supply – undermining consumer choice and the freedom and stability of farmers worldwide.” 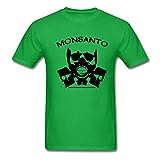 “Regulators should listen to the farmers, ranchers, researchers, and industry experts who have called on them to block the Bayer/Monsanto merger,” said Leah Douglas, reporter and analyst at the Open Markets Institute. “The merger threatens to bring higher prices, job losses, and continued consolidation to a sector that already suffers from too little competition.”

“This mega-merger will make it even harder to find open-pollinated, heirloom seeds that smaller, independent family farmers prefer,” said Ben Burkett, Mississippi vegetable farmer, board president of National Family Farm Coalition and representative at Federation of Southern Cooperatives/Land Assistance Fund. “This mega-merger will give the company a stranglehold on the vegetable seed, cottonseed, corn and soy seed markets, which will only increase prices and put farmers’ livelihoods at risk.” 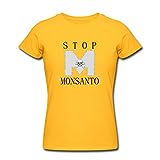