Earlier this year, French researchers reportedly restored consciousness in a man that had been in a coma for 15 years. According to the study, using an interesting experimental method of re-awakening, the previously unresponsive man regained minimal awareness. Researchers released the statement, “Brain plasticity and brain repair are still possible even when hope seems to have vanished.”

The researchers, from the French National Center for Scientific Research, used a practice known as “vagus nerve stimulation” (VNS) to awaken the 35-year-old man. The man, whose name has not been released, had been in vegetative state since his involvement in a car accident at age 20. The stimulation is performed by sending small electric shocks into the nerve. This practice has been used clinically for treatment-resistant depression and intractable epilepsy. 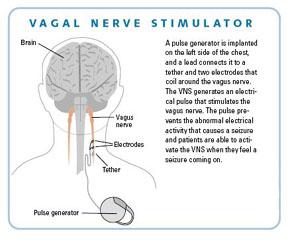 After a month of VNS treatment, the man had opened his eyes and was able to smile and respond to basic commands. The promising results were published September 2017 in the journal Current Biology, in a study called “Restoring consciousness with vagus nerve stimulation”.

The highly publicized and celebrated study failed to mention that the man died June 2017 after suffering heart complications. Lead researcher Prof. Guenot admitted only last week to Le Parisien, “Unfortunately, this man died this year, a pulmonary complication. This has strictly no connection with electrical stimulation.”

The researchers deny misleading the public or placing false hope in the families of other vegetative patients—even though the scientists had implied in other interviews that the patient was still alive. Researcher Angela Sirigu had told The Guardian only last month: “He is still paralyzed, he cannot talk, but he can respond. Now he is more aware.”

When confronted with the controversy, one of the authors, Jacques Luauté, explained, “We had discussed it with the family. Together, we wrongly thought that this would lead to people making a link between the stimulation and the death. We concluded that the death – unrelated to experimentation – was a private family event.”