Does Music Give You Chills? Your Brain is Different What It Means If You Are Sensitive to Music

Here’s how music can affect your emotions and how some people are more sensitive to music than others.

Matthew Sachs, a PhD student at USC published a study last year on music and neuroscience investigating people who get the chills from music proving their brains are more well connected.

“I sort of feel that my breathing is going with the song, my heart is beating slower and I’m feeling just more aware of the song — both the emotions of the song and my body’s response to it,” Alissa Der Sarkissian, a research assistant at USC’s Brain and Creativity Institute said.

The study found that people who get the chills from music actually have structural differences in their brains and have a higher volume of fibers that connect their auditory cortex to other areas associated with emotional processing. Which essentially means the two areas of their brain communicate better than people with less fibers connecting their auditory cortex to other sectors.

“The idea being that more fibers and increased efficiency between two regions means that you have more efficient processing between them,” Sachs said.

It’s already well-known that music can influence your mood – both the lyrics and words hold significant value music can be made for positive upliftment or to represent sadness affecting the hippocampus, prefrontal cortex and the parietal lobe of the brain. 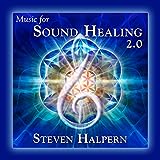 Certain songs can even trigger memories both good and bad that we experienced in our life.

Music can help us express a whole range of emotions including fear, grief, sadness, and resentment this all happens at a subconscious level.

Even sad music brings most listeners pleasure and comfort, according to a study at Durham University in the United Kingdom and the University of Jyväskylä in Finland, published in PLOS ONE.

“The results help us to pinpoint the ways people regulate their mood with the help of music, as well as how music rehabilitation and music therapy might tap into these processes of comfort, relief, and enjoyment,” Tuomas Eerola, Ph.D., a professor of music cognition at Durham University, said in a press release.

A 2013 study in the Journal of Positive Psychology found that people who listened to upbeat music could improve their moods and quickly boost their happiness in just two weeks.

Another study by scientists at the University of Missouri, seems to collaborate that listening to upbeat music can be a natural mood booster. “Our work provides support for what many people already do – listen to music to improve their moods,” Yuna Ferguson, the lead author who performed the study said.

“Although pursuing personal happiness may be thought of as a self-centered venture, research suggests that happiness relates to a higher probability of socially beneficial behavior, better physical health, higher income and greater relationship satisfaction,” she continued.

Another study in 2009 from Petr Janata at the University of California, found that there is a part of the brain that “associates music and memories when we experience emotionally salient episodic memories that are triggered by familiar songs from our personal past.” In other words, our own music that we’re familiar with can reconnect us with deep, meaningful memories from our past.

This article (Does Music Give You Chills? Your Brain is Different) appeared first on Natural Blaze and can be shared with this message, bio and links intact.