A new movement is taking off in California seeking to reduce lead poisoning and lead pollution of both people and the environment by lead products formerly used by the communications industry.

The problems with lead in human health have been known for quite some time and have produced a variety of movements aiming to remove lead from toys, paint, and other commonly used products.

But one potential hazard that has largely gone unnoticed are lead cables used underground or placed underground for communications purposes. Early on, before lead was recognized as a danger to human health, it was widely used by a number of industries including the auto industry, telecommunications, and others.

Most of these industries experienced chronic lead poisoning of the individuals actually engaging in physical labor leading these industries to either increase their safety standards, reduce exposure, or eliminate the use of lead altogether.


These facts have many Californians concerned that lead cables buried underground are possibly leaking into soil and water systems and are going to pose, if not are already posing, a serious health threat to plants, animals and humans.

Many of the cables currently underground are either currently being used by telecom companies, or they have been abandoned. Possibly the most concerning are the cables that could be running under rivers and other water sources creating the possibility that lead is slowly leaking into those water systems, the environment and up the food chain.

Currently, the movement in the Bay Area is gaining steam. It is being spearheaded by  Californians for Alternatives to Toxics along with volunteers James Hinton and Ruscal Cayangyang who is currently serving on the Vallejo school board.

Hinton and company’s demands are fairly simple: they want city and county governments in the Bay area to send letters to the telephone companies asking if there are any lead sheathed cables buried in the area. If so they want to know if the companies have the means and are willing to remove them.

“Most of the cable has been left or abandoned. A contractor will gladly compensate the telephone companies financially for the contract because of the recycling value of copper and lead. It’s mutually beneficial for everyone. It doesn’t cost the municipality any money. The telephone companies receive monetary value for depreciated assets. The community gets a known toxin out of the soil.”

One other issue is actually knowing where the cables are, since many were put in before adequate documentation was obtained.

As Vice Mayor for the city of Napa Juliana Inman stated:

…one problem is that it was put in the ground long before we had GIS mapping and you know, people are leaving, and you know, retiring and who’s going to know where this stuff is? And as long as it’s their utility [let’s find out] what is it, have them report to us, what have you got, where is it, and what’s the plan.

Inman also wants the mayor or city manager to write a strongly worded letter to AT&T to ask that it provide these reports. 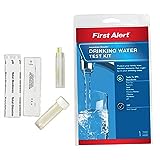 If the city of Napa is concerned about lead-sheathed cables providing an environmental hazard for residents, the question then becomes a much larger one, particularly in America’s rust belt. Regardless, the issue of the removal of such cables continues to develop and it is clear that the fight in Napa Valley is just beginning to heat up.