Although it’s impossible to be certain, it is estimated that between 180,000 and 250,000 people in the United States are living off-grid, disconnected from public utilities and using only self-reliant systems. One highly controversial off-gridder in Cape Coral, Florida, Robin Speronis, a 54-year-old widow, has gained national attention for fighting her local government to stay off-grid.

Speronis’s off-grid story, as reported by Bloomberg, began in 2010 when her husband died of a degenerative neurological condition at age 84. Caring for him until his death left Speronis low on funds and in mortgage default. Despite zero prior experience outdoors or camping, Speronis moved into an RV on a wooded rental property.

“I had never even gone camping,” said Speronis “but nothing was hard. Every time I did something it was easier than I thought it was going to be. I thought, ‘I can do this. I can do this myself.’ ” But Speronis soon stopped paying the rent and was evicted.

Speronis then moved into a house purchased from a friend. She sold all the appliances. The house was already off the electrical grid, and the only connection Speronis had to the city municipal system was the waste she flushed down the toilet using harvested rainwater. 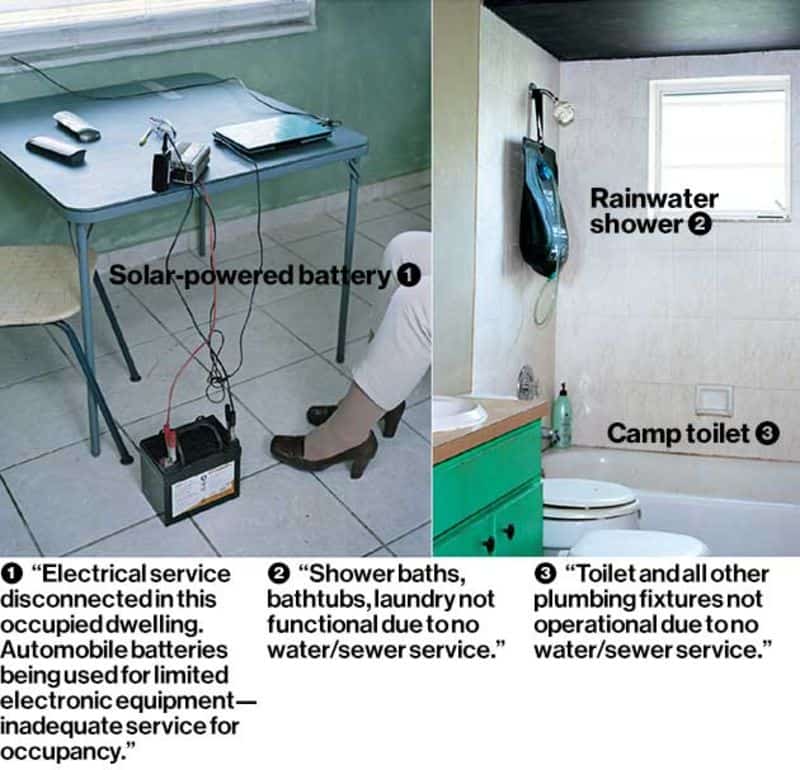 “I can go weeks or a month without spending a penny,” says Speronis, who subsisted on canned and dried foods. She recorded her experience on a blog, “Off the Grid Living in Southwest Florida—One Woman’s Story”. As her blog gained popularity, she was approached last November by Liza Fernandez, a reporter for local Fox affiliate WFTX, with the idea to do a story on Speronis.

In Fernandez’s broadcast documenting Speronis’s unconventional lifestyle, she noted that Speronis was breaking “most codes and ordinances” of Cape Coral and furthermore “anyone caught living in such a home could be forcibly removed.” The next day, Cape Coral came knocking on Speronis’s door. She didn’t answer.

City officials posted a placard on Speronis’s door, declaring the property unfit for human habitation, and citing code violations. “There are an awful lot of alternatives out there that meet code. The problem is that she is not using those methods.” said the city’s code compliance officer, Frank Cassidy. 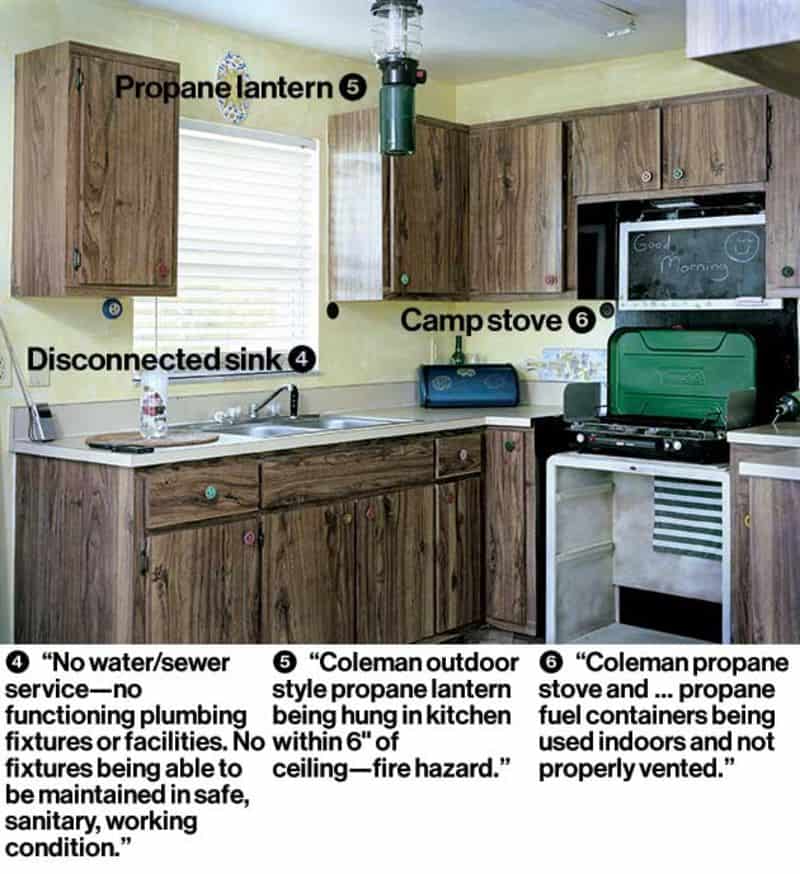 Speronis turned to famed attorney Todd Allen to take on her. The Rutherford Institute, a right-wing libertarian organization, paid her legal fees. Fox and other media outlets continued to run stories on Speronis, and the community rallied around her. “Cape Coral needs to be afraid of me,” she said. “I’m not afraid of them.”

Cape Coral cited 36 code and ordinance infractions, but 33 were dismissed in court due to lack of evidence. Speronis was given three months to rectify the violations, but city officials soon showed up to cut her access to the sewer system. Then, on May 14, Speronis was arrested on a misdemeanor animal cruelty charge. She stayed in jail for over a month, before the city abruptly dropped the charges and she was allowed to return home.

“I subscribe to the way she wants to live, and the government is trying to restrict her in ways that don’t make sense,” said attorney Todd Allen, after Speronis dismissed him from her case. “But I’m concerned that she is trying to fight the fight just to fight it.” Bloomberg reports“For now, Speronis is home, off the grid, and outside the law.”