Despite reports that no federal assessment is necessary before growing genetically modified (GM) Atlantic salmon at Rollo Bay in PEI, the government has confirmed that the company AquaBounty does not yet have federal approval to commercially produce GM fish at its new Rollo Bay facility.

We need to see a precautionary and transparent scientific assessment of the environmental risks before this GM salmon is produced. We’re very concerned about the risks to wild Atlantic salmon.


On June 19, the PEI government approved the company’s request to begin construction of a GM fish factory at Rollo Bay, the first of its kind in the world. However, the company does not yet have federal approval to produce GM Atlantic salmon at this site.

We finally have some clarity after our court case about how the regulation of this GM fish is supposed work and it’s gratifying to see the government will be applying the law strictly.

The confirmation comes in response to two separate letters from Canadian environmental organizations calling on the Minister of Environment and Climate Change (ECCC) and Minister of Health to ensure AquaBounty complies with the Canadian Environmental Protection Act (CEPA).(1)

As confirmed by the Federal Court in a case brought by EAC and LOS, AquaBounty cannot use or manufacture its GM salmon at any facility other than its existing Souris, PEI facility without first notifying the ECCC for the purposes of a scientific risk assessment. 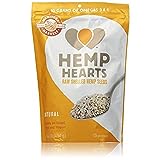 “CEPA is one of Canada’s most important laws that protects the environment and biodiversity from risks posed by toxic substances and GM organisms,” said Ecojustice lawyer Kaitlyn Mitchell. “We hope that the Ministers use every tool available to them to ensure their decision making is based on a thorough scientific assessment.”

In 2013, experts from the Department of Fisheries and Oceans (DFO) conducted a scientific risk assessment of AquaBounty’s proposal to commercially manufacture GM salmon eggs at its Souris, PEI facility, and send them to mature in Panama.

AquaBounty is restricted to using its GM salmon only at its Souris facility because then-Ministers Rona Ambrose and Leona Aglukkaq waived the requirement for the company to provide data on the toxicity and invasiveness of this GM organism.

A year after telling the provincial government that its new Rollo Bay facility would not be used to commercially produce any GM salmon, the company then sought and was granted provincial approval to start construction for the purpose of producing 250 metric tonnes (551,156 pounds) a year at the site.

“Construction has started at Rollo Bay but this GM fish doesn’t have a future,” said Sharon Labchuk, Earth Action PEI, “Once again, Islanders have been surprised by new information about this company’s plans, and we’ve had enough.”

(1) All correspondence is posted at www.cban.ca/fish