Keep These Garden Pests Out of Your Garden Naturally

Save your crop! Learn how to identify these destructive pests and get them out of your garden.

Physical Description: Young nymphs are wingless and gray with spindly legs and dark markings. Nymphs often feed in groups, and all stages of squash bugs emit an unpleasant odor when crushed. Eggs are bronze-colored ovals laid in groups on leaf undersides. Adults are 5/8 of an inch long, dark brown or grayish in color, and have flat backs.

What Attracts Them: Host plants

Damage: Feeding is performed with piercing-sucking mouthparts that remove plant juices and leave behind small specks on leaves that soon turn yellow and then die completely. Vines wilt and turn crispy and then black. Substantial populations of squash bugs can often be found gathered on stems, fruits and the ground around infested plants.

Where? all of North America

Control: Plant resistant varieties whenever possible. Trellis plants to keep them off the ground. Cover young plants with floating row cover until they develop flowers. Handpick adults and nymphs and crush eggs. Neem oil and pyrethrins are effective when used early in the bug’s lifecycle (when they are still nymphs).

Physical Description: These insects are about 1/4 of an inch long. They have greenish-yellow wing covers with four black lines. Nymphs occur in early spring and are bright red and black.

What Attracts Them: lush new growth and plants with high essential-oil content

Crops Affected: herbs, such as basil, lavender, mint, and sage. Ornamentals, such as azalea, mums, Shasta daisy and viburnums.

Damage: Distinctive damage appears as small, sunken round pockmarks caused by the insect’s piercing-sucking mouthpart. The pockmarks eventually turn brown, and the damaged tissue might fall out, leaving small holes in the leaves. Damage is purely aesthetic and can easily be pruned out.

Where? Everywhere east of the Rockies and into southern Canada. 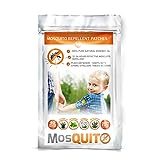 Physical Description: Adult beetles are 1/3 inch long with a rounded, hard shell. Their wing covers are black and tan striped with irregular black spotting on the head. Full grown larvae are 1/2 inch long, fat and reddish-pink with rows of black dots on their sides.

What Attracts Them: host plants

Crops Affected: all members of the nightshade family, including potatoes, tomatoes, eggplants, peppers, and tobacco.

Where? All areas of the U.S. except the Pacific Northwest and the Extreme South.

Control: Cover potato plants with floating row cover, this technique can remain in place until harvest. You can also handpick adults and larvae, or rotate crops.

Physical Description: Adults are dark brown or olive green moths with a 1.5 inch wingspan. Fully grown larvae are 1.5 inches long and have a cream, yellow or black stripe down the length of their body. Their body can be pink, green, or yellow.

What Attracts Them: host plants

Where? all of North America

Control: As soon as the silk develops, place a clothespin at the top of the ear where the silk emerges. This prevents earworms from crawling into the ear. Trichogramma wasps are parasitoids that target corn earworm eggs. These tiny non-stinging wasps can be purchased for release into the corn patch.

Ariana Marisol is a contributing staff writer for REALfarmacy.com, where this first appeared. She is an avid nature enthusiast, gardener, photographer, writer, hiker, dreamer, and lover of all things sustainable, wild, and free. Ariana strives to bring people closer to their true source, Mother Nature. She graduated The Evergreen State College with an undergraduate degree focusing on Sustainable Design and Environmental Science. Follow her adventures on Instagram.