5 OTC Meds You Should Definitely Avoid for Their Dangers Most people assume that over the counter drugs are very safe. After all, why would they be available for sale without a prescription if they weren’t safe? And for the most part they’re right. With the exception of a few people who use them recreationally, are allergic, or are more susceptible to the side effects, these drugs are safe.

For ordinary consumers however, serious problems arise when these drugs are taken for long periods of time; often in an attempt to treat chronic conditions. Given their accessibility they may seem safe for long-term use, but these drugs are anything but, and there’s plenty of evidence to prove it. The drugs below in particular, are among the most dangerous over the counter medications.

Over the past few years multiple studies have raised the alarm over ibuprofen (more commonly known as Advil) and other non-steroidal anti-inflammatory drugs (NSAIDs), which are often used to reduce pain, inflammation, and fever. It turns out that this class of drugs may cause serious heart conditions. The latest study to suggest this comes from Denmark and was recently published in the European Heart Journal. After following 29,000 people over the course of nine years, the study found that people who take ibuprofen have a 31% higher chance of suffering cardiac arrest.

Diphenhydramine (aka Benadryl) and other anticholinergic drugs are very effective at reducing cold and seasonal allergy symptoms. Unfortunately the drug also reduces a chemical in your brain called acetylcholine, which helps your memory and learning ability. And that’s why it may increase your chances of developing dementia.

A study by the University of Washington’s School of Pharmacy followed 3,500 seniors over the course of 10 years, and found that 800 of them developed dementia. When the researchers dug deeper, they discovered that people who take anticholinergic drugs on a regular basis for three years or more, had a 54% higher risk of developing dementia. 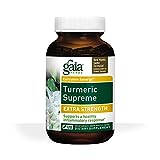 Acetaminophen is widely considered to be the world’s most popular pain reliever, and there are millions of people who rely on it for chronic health issues. Unfortunately the drug has been causally linked to a lot of its own health problems. Multiple studies have suggested that taking this drug over a long period of time may cause a heightened risk of cardiovascular, gastrointestinal, kidney, and heart problems.

READ: Acetaminophen Can Blunt The Brain’s Response To New Information

Though it’s an effective sleep aid and cough suppressant, it doesn’t take long to gain a tolerance for dextromethorphan, which is commonly used in Robitussin, NyQuil, and Delsym. And for people with chronic sleep problems, it’s very easy to become addicted to this drug. When used as instructed and for short periods of time, it isn’t very dangerous. Over long periods of time, it can cause liver damage and multiple mental problems. Aspirin is another non-steroidal anti-inflammatory drug similar to ibuprofen. And like ibuprofen, it’s another drug that doctors often tell patients to take every day when it can alleviate conditions that are more dangerous than the side effects of the drug. However, those side effects shouldn’t be underestimated. Taking aspirin every day can vastly increase your risk of gastrointestinal bleeding and ulcers. Though some aspirin brands have an enteric coating that is advertised as being “safer,” it doesn’t actually reduce your risk of gaining ulcers. In fact, it can reduce the benefits of this drug, as well as its pain relieving effects. 5 Serious Signs Your Health May Be Rapidly Declining Even If You See Mold, These Foods Are Still Edible 10 Selfless Acts Amid Terrible Tragedies That Will Blow Your Mind