Movie research shows that multitasking is seriously bad for productivity.

It’s official: The brain works most efficiently when it can focus on a single task for a longer period of time. And if anything should put this argument to rest, it’s research done using movies – but more on that in a bit.

According to Aalto University, previous research shows that multitasking – i.e., performing several tasks at the same time – reduces productivity by as much as 40%.

My own previous research indicated that getting interrupted makes a task take four times as long (source). That means what would normally take one hour to crank out could end up eating up half or more of your workday. Yet in the modern workplace you are expected to work on simultaneous projects while chasing each and every interruption with as much gusto as Paul Revere. Example: When your phone rings you are expected to answer it every time – and even continue your other projects during the conversation.

We used functional magnetic resonance imaging to measure different brain areas of our research subjects while they watched short segments of the Star Wars, Indiana Jones and James Bond movies.

Researchers cut the films into segments of approximately 50 seconds to fragment their continuity. In the study, the subjects’ brain areas functioned more smoothly when they watched the films in segments of 6.5 minutes. The posterior temporal and dorsomedial prefrontal cortices, the cerebellum and dorsal precuneus are the most important areas of the brain in terms of combining individual events into coherent event sequences. These areas of the brain make it possible to turn fragments into complete entities. According to the study, these brain regions work more efficiently when it can deal with one task at a time.

For greater adequacy, Jääskeläinen actually recommended completing one task each day rather than working on a dozen different tasks simultaneously.

It’s easy to fall into the trap of multitasking. In that case, it seems like there is little real progress and this leads to a feeling of inadequacy. Concentration decreases, which causes stress. Prolonged stress hinders thinking and memory.

What About Social Media? Jääskeläinen noted the challenges of our social media-driven world with some candor.

Social media is really nothing but multitasking, with several parallel plots and issues. You might end up reading the news or playing a game recommended by a friend. From the brain’s perspective, social media only increases the load.

If you’re bad at multitasking (this girl!) it could actually be a good thing. We aren’t wired to do the kind of multitasking the world demands now. It could either be that we’re already too short-circuited from years of doing a dozen things at once, or that we were never good at divvying up our attention.

Also see: Are You Feeling Depressed? Facebook May Be To Blame

And if you’re like most Americans in the workforce, you may have been made to feel like an inadequate piece of garbage for not carrying on three convos at once – the ever-ringing phone, the swarm of people coming up to your desk and endless emails and IM chats. And let’s not forget the hovering co-workers. Not to mention being accessible at all times through your phone and being compelled to bring projects home during personal time.

A company can get a lot further by allowing people to finish a thought, and letting personal time remain personal. But, multitasking is so demanded in the workforce now, that it’s actually cliché to use the word on your résumé, because it is such a given. 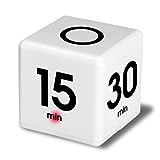 With hope, research like this will become more prominent and employers will realize their own benefits if they let employees focus on one task at a time.

In the meantime, you can batch your projects into time blocks, don’t check email first thing – leave it in one of your blocks, don’t say a vague yes to everything – make a plan, use an online timer with an alarm and take many breaks. Short bursts of complete focus actually fuel productivity. Never work more than 90 minutes at a time – and hey, that’s the average run-time for a movie, isn’t it?

One particular productivity technique was a major game changer for me and can even be achieved by those with ADHD.

Not surprisingly, acting truly efficiently and productively is entirely counter-intuitive to the demands of a stereotypical boss. But consider the actions of Luke Skywalker, Indiana Jones and James Bond…