If We Could See All The Electromagnetic Radiation Waves Around Us Would We Still Accept Microwave Technology As Safe?

Microwaves and their consumer-unrealized effects are so pervasive, currently we live in a “sea of invisible non-ionizing radiation,” which has adverse health implications regardless of what ICNIRP and the microwave tech industries, their lobbyists and trade associations claim in their ‘science’ propaganda.  The chart below ought to indicate just how ubiquitous those invisible ‘ghosts of future health problems’ really are.

Here’s another graphic showing where some of the more common ‘smart’ technologies fit into the spectrum.

Note what the American Cancer Society has to say about non-ionizing radiation:

[It’s not so low according to the above chart.  Microwave RFs are mid-range leaning toward higher ranges!  Do you see that square 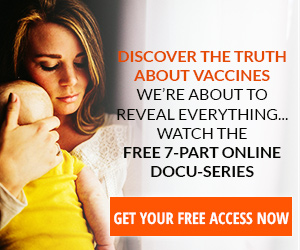 If RF radiation is absorbed in large enough amounts by materials containing water, such as food, fluids, and body tissues, it can produce heat. This can lead to burns and tissue damage. Although RF radiation does not cause cancer by damaging DNA in cells the way ionizing radiation does, there has been concern that some forms of non-ionizing radiation might have biological effects that could result in cancer in some circumstances. [1][One of the seriously grave deficits of microwave vested interests that propels the FCC and other government agencies in their microwave tolerance ranges is a deliberate failure and ‘scientific’ malfeasance in not recognizing non-thermal radiation waves (documented by independent and academic research in over 70% of studies) emitted by all microwave-operated appliances, towers, etc.   Note the ACS talks about heat, which is the only adverse reaction the microwave industry recognizes called “thermal radiation waves.”]

Man-made RF radiation is used for many different things, such as

[Take special note of the “heating body tissue” above!  Microwaves interact with water and the human body is about 60% water with specific organs containing more, e.g., brain and heart, 73%.  All those innovative smart things we’ve become addicted to supply unseen microwaves and their consequential radiation waves to the human organism.]

However, most consumers really do not understand the ramifications surrounding non-ionizing radiation sources and waves.  In my opinion, there’s an article “Ghosts and spectra: The invisible world of WiFi signal bombardment” which, from the research I’ve done, seems misleading and not factual about Wi-Fi and EMF radiation wavelengths.  The photos in the article represent something else other than Wi-Fi, since that radiation is a ‘scatter’ effect for users to be able to access it “out of thin air” wherever it is available.  Something else probably is going on in those photos [e.g., lower dimensional; astral; or other spectra manifestations] or it’s ‘photo shop’ to create a special effect.  However, I don’t agree the photos represent Wi-Fi/EMF/RF radiation waves.

I’ve had people concerned about non-thermal radiation waves health effects contact me, especially experts in the field of EMFs/RFs/ELFs to say many groups claim to understand EMF but actually don’t.  According to one professional, “We know what radar, EMF, radiation patterns look like.  There are near-field pattern analysis and far-field pattern analysis diagrams.  These patterns change with respect to the human body’s anatomical structure and other incident fields.”

Interestingly, an EMF professional, who used a CORNET ED88T electrosmog meter to take various readings in several metropolitan areas, including a hospital where radiation cancer treatments are given, reports, “In most metropolitan areas, the RF power density readings exceeded the meter’s maximum reading of 1.8 W/m 2.  The US guidelines have a maximum exposure of 6.33 W/m 2.  The proximity to cell towers and large business or shopping areas are where the meter was over the range. [What are shoppers being exposed to?]  The new computer systems in the hospitals, Wi-Fi everywhere, and other EMF generating sources make these places a good place to stay away from if you absolutely do not have to be there.  The poor nurses, doctors, and volunteers do not know what they are doing to themselves.  They are definitely in the fast lane.”

To the above information, that EMF professional added, “All one can do is pray for the people located near or within these areas of maximum power density.  Although, even in the other areas that indicate caution, the sclerotic effects on the body are still cumulative over time.  What we do for convenience is tragic.”

Getting back to the “Ghosts and spectra” article photos mentioned above, there was a poignant comment posted in the Comments section by Tannaberton Abacrombie Apr 7, 2017 at 5:30 am, which explains the hidden aspects seemingly kept deliberately hidden and not revealed to consumers:

The artwork is deceptive. It shows a mass of waves around a small point when it actually fills every space and attenuates according to the inverse square law. It is truly everywhere. When I worked on the phaseout of WW2 Radar sets used as repeaters, etc. on the Trans Canada Telephone System, we had strict limits as to how much exposure we could be subject to while working. It was a lot less than what we bathe in now and those sets were considered leaky. Tests were done every two years for leakage and small spikes in background radiation were fixed…now. So as you sit there one meter from your WI-FI router turn around every now and then so you won’t get the cancer all on one side.

Yes!  Cancer is one of the unfortunate adverse health effects from long-range exposures to microwaves, especially Wi-Fi and children.  Here are only a couple research papers connecting microwave EMFs with cancer; there are hundreds, if not thousands, more!

From all the research I’ve done, it is my candid opinion consumers don’t know what kind of adverse health effects tiger-by-the-tail they have fallen in love with, but can’t seem to want to extricate themselves from its mesmerizing grips until they must, due either to electromagnetic hypersensitivity (EHS) issues or a litany of other health problems, including cancers.

Here’s what you can do.

Thursday, April 20, 2017, there will be a demonstration outside the FCC Offices (445 12th St SW, Washington, DC 20554) from 9:00 – 10:15 am to protest small cells beaming radiation into our homes 24/7, and to advocate/lobby for connecting all homes, schools, and businesses with safe, reliable, cyber-secure, fiber optic cables, the SAFEST technology to use systems-wide. You are encouraged also to attend the FCC’s open meeting, which will be held from 10:30 am to 12:30 pm.

[1] Microwaves, Radio Waves, and Other Types of Radiofrequency Radiation
https://www.cancer.org/cancer/cancer-causes/radiation-exposure/radiofrequency-radiation.html