This Man Drank A Gallon Of Water Every Day For A Month: Here’s What Happened “Normally, I need a cup of coffee ASAP to get my motor a’ runnin’, but I’ve been waking up refreshed, and with more energy than normal.” -Day 10

When Wil Fulton, a journalist at Thrilist, embarked on the Water Gallon Challenge he didn’t expect the results he got. Some of the things he expected — more energy, better skin — came true, but he actually wound up with more than he bargained for.

Two of his biggest struggles during this challenge were actually getting himself to drink all of that water and also carrying around a large gallon of water with him everywhere he went. He figured doing this would make it easier to keep track of what he had already drank, rather than measuring out the right amount of cups everyday and drinking them here and there. Though this was effective, he said that lugging it around proved tiresome and sometimes embarrassing, but the writer took it all in stride and reported on his experience comedically.

Day One: “I usually don’t consume liquid by the gallon (except for beer, high-five, dawg!). And I have no idea how many cups are in a gallon because I skipped that day in fourth grade to go to SeaWorld.”

This is reportedly why Fulton chose to go with the full gallon rather than dividing it by cups on the daily. He said that on his first day, it was extremely hard to drink the entire gallon and that he found himself forcing himself to drink what was left for the day at 11:30pm that night. 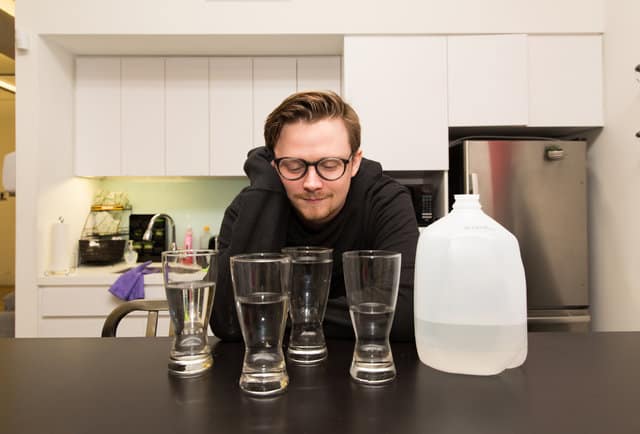 Day Five: “I am peeing every 20 minutes. Everyone in the office thinks I have a drug problem because I’m in and out of the bathroom.”

Fulton said that the oddest part of the challenge is drinking when he wasn’t even thirsty, which is actually what every person is supposed to do regularly.

If you feel thirsty, that means you’re already dehydrated. At this point, Fulton said that he didn’t feel any different, although he did have to pee a lot and noticed that he had been eating less from a lack of hunger.

Day Ten: “Normally, I need a cup of coffee ASAP to get my motor a’ runnin’, but I’ve been waking up refreshed, and with more energy than normal.”

He started feeling that enhanced energy that he was expecting, but didn’t think that it would make him lose his appetite for tons of coffee everyday. He also said that he believed he was feeling better in general and that his hair looked nicer, almost “angelic,” but wasn’t sure if this was all just a placebo effect. Fulton added that drinking the whole gallon had not gotten any easier. 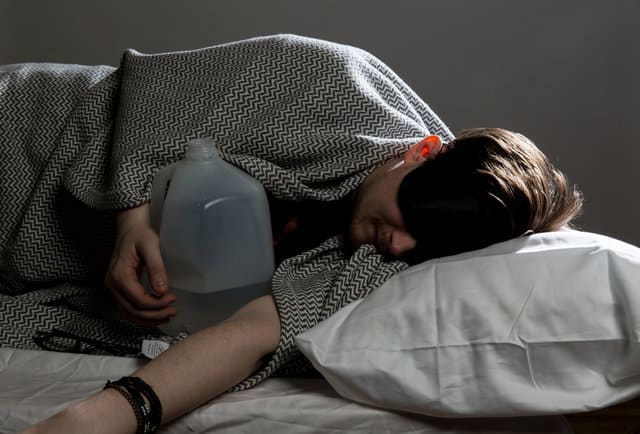 Day Fifteen: “When I go to sleep my body temp ranges somewhere between 98.6 degrees and the surface of the damn sun. This has gone away and I don’t know why.”

This is the point in which Fulton really started to feel the positive effects of drinking so much water. He described himself as a “ball of energy” that no longer needed the regular 2-3 cups of coffee everyday to keep him going and that when he went on his nightly runs he felt a little faster.

Health Enthusiasts Beware, Drinking This Water Can Lead To Sickness

His sleep was more consistent, and his body heat somehow felt lower, meaning he was no longer burning up every night in bed. Drinking the gallon became easier because he now felt extremely thirsty whenever he wasn’t drinking water.

This was really the only difference for this day.

Day Twenty-Five: “I ask my editor if she thinks my work has improved during my period of hyper-hydration — she says, ‘Not noticeably,’ which I’ll take as a firm ‘Probably.’”

It’s obvious that Fulton is not lacking when it comes to his comedic approach to this challenge. He said that he was peeing crystal clear and that his girlfriend said his skin looked better. Overall, he added, he just felt much better and his increased energy continued. 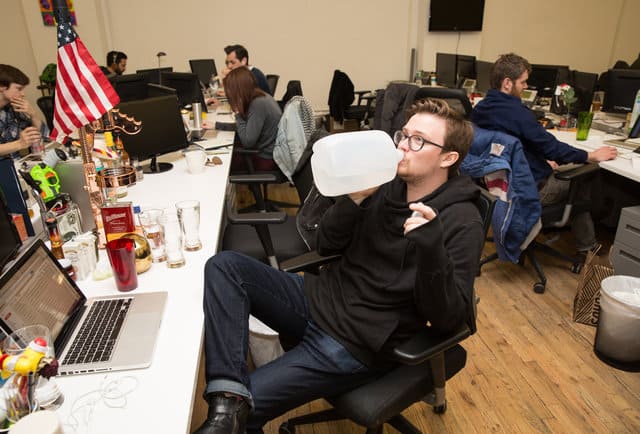 Day Thirty: “I think drinking a full gallon of water is a little excessive, but I did realize that I certainly had not been drinking enough this whole time.”

He said that he continued to pee excessively and that he was still thirsty, as though he had adapted to his super-hydrated state and somehow needed more water now. In his “decidedly un-scientific opinion,” drinking a gallon everyday is too much for most people, as your weight and lifestyle dictates how much is enough for you, so he doesn’t recommend that everyone do the challenge. However, the benefits of drinking the appropriate amount of water everyday were clear to him and he sees himself continuing with drinking that amount, as should everyone else.

This article (This Man Drank A Gallon Water Everyday For A Month: Here’s What Happened) via NB is free and open source. You have permission to republish this article under a Creative Commons license with attribution to the author and TrueActivist.com Top image credit: Cole Saladino/Thrilist