WASHINGTON – While the Trump administration orders the EPA do less to protect Americans from dirty air and water, and Congress threatens to dismantle the agency altogether, Food & Water Watch and 34 advocacy organizations are demanding that the agency do more to protect communities from factory farms. Today, the groups filed a legal petition with Scott Pruitt’s Environmental Protection Agency (EPA), citing its duty under the law to hold concentrated animal feeding operations (CAFOs or factory farms) accountable for their water pollution, which threatens public health and the environment. The petition asks EPA to overhaul its regulations for how CAFOs are regulated under the federal Clean Water Act and its permitting program, noting that current rules fail to prevent pollution and protect communities.

“This petition paves the way for EPA to finally regulate CAFOs as required under the Clean Water Act, and explains that allowing CAFO pollution to continue unabated by maintaining the woefully inadequate status quo would violate federal law,” said Wenonah Hauter, executive director at Food & Water Watch. “Pruitt’s record as Oklahoma attorney general shows that he’s only looking out for industry interests—including the interests of polluting factory farms. But the EPA is legally bound to protect communities from pollution, and we intend to hold the agency accountable for doing its job.”

CAFOs are large scale, industrial factory farms. Most livestock in the U.S. are raised in CAFOs, which can confine thousands, or even millions, of animals and their waste. The vast quantities of manure generated from CAFOs are typically disposed of, untreated, on cropland, where it can seep or run off to pollute waterways and drinking water sources.

“We are simply asking EPA to close loopholes and clarify existing Clean Water Act requirements, so that the agency can properly do its job and keep big animal feeding operations from polluting our nation’s waters,” said Eric Schaeffer, Executive Director of the Environmental Integrity Project and former head of the EPA’s Office of Civil Enforcement. “The Clean Water Act requirements set out by Congress are simple, but the application to factory farms has been a needlessly complex saga. The changes we seek will give us clear rules and cleaner water.”

For more than 40 years, the Clean Water Act has defined CAFOs as “point sources” of pollution, meaning that discharging CAFOs must have Clean Water Act permits. These permits are supposed to require strict pollution controls, as well as monitoring and reporting of pollution discharges. But because EPA has issued weak regulations, only a fraction of CAFOs have permits, and the permits that do exist are ineffective. EPA’s failed approach has led to widespread, unchecked factory farm pollution in waterways and communities across the U.S. The EPA has a duty to hold this industry accountable and protect rural communities’ public health, but does not even know how many CAFOs exist or how many are polluting illegally.

“From acrid odors to polluted waterways, factory farms in North Carolina are directly harming some of our state’s most vulnerable populations, particularly low-income communities and communities of color,” said Naeema Muhammad, Co-Director and Community Organizer at the NC Environmental Justice Network. “That’s why we’re standing with other organizations from around the U.S. who care about social justice to demand that Scott Pruitt’s EPA take action to ensure that regulations for factory farms protect the interests of all communities, not Big Ag.”

“Even in Wisconsin, where all CAFOs are required to have Clean Water Act permits, water contamination from mega-dairies is a widespread and growing threat to public health. Permits based on EPA’s weak regulations are clearly inadequate to protect rural communities and waterways,” added Lynn Utesch, Co-Founder of Kewaunee CARES.

The petition asks EPA to remove loopholes that have enabled CAFOs to avoid permitting—especially the agency’s overbroad interpretation of the “agricultural stormwater” exemption from regulation, which has swallowed the rule that CAFOs are point sources that require permits to discharge pollution. It also asks the EPA to require large corporate integrators that control CAFO practices to obtain permits, instead of just their contract producers, who currently bear the burden of following permits and managing waste. The petition further asks EPA to strengthen permits in several ways, including: requiring pollution monitoring and reporting, as is required of virtually all other industries; restricting waste disposal in order to better protect water quality; and regulating CAFO discharges of a wider range of pollutants than permits currently address, including the heavy metals and pharmaceuticals found in industrial livestock waste. 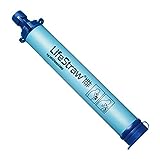 “Des Moines Water Works (DMWW) supports the legal petition to the United States Environmental Protection Agency drafted by Food & Water Watch,” said Bill Stowe, CEO and General Manager of the Des Moines Water Works. “Iowa is home to 21 million hogs; in fact, more than 1,800 animal feeding operations are located in the two watersheds from which DMWW draws its source water. Lenient laws and regulations have made Iowa a haven for corporate polluters. We join Food & Water Watch in calling upon the EPA to hold these polluters accountable by increased oversight and stronger permitting standards.”

Food & Water Watch is a nonprofit consumer organization that works to ensure clean water and safe food. We challenge the corporate control and abuse of our food and water resources by empowering people to take action and by transforming the public consciousness about what we eat and drink.