Individuals with a specific type of Parkinson’s disease (PD) could gain from increasing vitamin B3 (niacin) content in their diet, say British investigators.

B3 is one of eight B vitamins. It is also known as niacin (nicotinic acid) and has 2 other forms, niacinamide (nicotinamide) and inositol hexanicotinate, which have different effects from niacin.

Nicotinamide riboside has been linked to a number of surprising and powerful benefits. Foods high in Nicotinamide include Brewer’s Yeast, Sunflower Seeds, Raw Peanuts and Beets. Interestingly Beet Juice & Yeast have been shown to have remarkable cancer killing attributes. Possibly due to the sugars in the beets causing a beneficial form of fermentation to occur with the B vitamins in the Brewer’s Yeast.

The findings point to niacin’s ability to increase levels of a compound responsible for energy generation and DNA repair.

These factors — if left unattended — result in faulty mitochondria function that contributes to the progression of the neuro-degenerative disorder.

“This study strengthens the therapeutic potential for Vitamin B3/niacin-based dietary interventions in the treatment of Parkinson’s disease,” said Dr Miguel Martins, lead study author and programme leader of the MRC Toxicology Unit at the University of Leicester.

It can also be made from tryptophan, an essential amino acid found in most forms of protein.

Taking out the Trash

The team began by looking at studying fruit flies, specifically bred with a mutation that mimics PD.

These flies specifically had a mutated form of the PINK1 gene that normally protects cells from stress-induced mitochondrial malfunction. 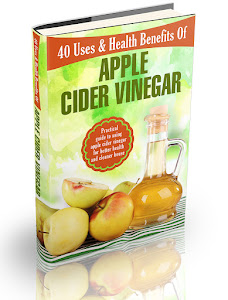 Flies were then fed food supplemented with niacin, which is made into the compound NAD inside the body.

Niacin or Vitamin B3 is found in a number of foods, including liver, chicken, beef, fish and cereal.

With this additional source of NAD, the researchers found flies had a lower number of faulty mitochondria than their mutant cohorts fed a regular diet.

“Mutations in PINK1 prevent cells from clearing out the defective powerhouses. When they accumulate, neurons can’t get enough energy and die. The faulty mitochondria also release toxic molecules that damage their genes encoded by DNA,” said Dr Martins.

“With all the mitochondrial damage going on, we wondered if in cases of Parkinson’s the NAD compound ends up in short supply.”

“The results suggest that in familial Parkinson’s, available NAD is critical for keeping mitochondria in shape and the disease at bay,” said Dr Martins.

“While neither of these would be cures, they would expand treatment options for Parkinson’s patients with faulty mitochondria,” he added.

PINK1 is processed by healthy mitochondria and released to trigger neuron differentiation.

Parkinson’s disease occurs when dopaminergic neurons in a specific part of the brain are lost.

These values take into account the production of niacin from the amino acid, tryptophan and consideration of calorie intake for adults, infants and children, pregnant and lactating women.

Previous studies have pointed towards the relationship between a high level of dietary niacin and a reduced risk of developing PD.

Altogether, these studies have demonstrated the therapeutic potential of a vitamin-enriched diet in an animal model of PD associated with mitochondrial dysfunction.

Based on this available evidence, the researchers thought that vitamin interventions might delay or prevent neurodegeneration in diseases associated with mitochondrial defects, such as PD.

However, they could not be considered potential ‘cures’ as they could not reverse the loss of specific populations of neurons that were absent at the time of diagnosis.

Also Read: The Most Potent B Vitamin That Combats Infections Better Than Antibiotics Ever Could

Will Chu writes for PreventDisease.com, where this article first appeared.