Mild tea made from the wild ginger plant was believed to help stimulate the digestion process. The Cherokee believed it could also treat stomach problems, colic and even intestinal gas. Another Native American tribe, known as The Meskwaki, used pulverized wild ginger stems to treat ear infections.

Hummingbird blossom was used to treat a wide variety of conditions. Traditionally, it was used as a diuretic to stimulate kidney function, but it was also used to treat inflamed tonsils or lymph nodes and other oral issues, as well as menstrual bleeding. Modern day laboratory research has also indicated that hummingbird blossom is great for treating lymphatic blockages and hypertension.

Mint remains popular today as a tasty herbal tea that’s also packed with antioxidants. The Cherokee used mint to assist with digestion, and also ground the leaves up to create ointments or for use in cold compresses. Mint was also added to baths to help relieve itchy skin.

These berries are loaded with antioxidants and nutrients that help to support good health. In addition to the delicious berries, a tea can also be made from the root of the plant, which is said to help decrease swelling in the joints and bodily tissues. Chewing on the leaves of the blackberry plant is also said to help relieve bleeding gums.

Cattails have been regarded as a great preventive medicine and, barring the seed heads and mature leaves, is digested fairly easily. Boiled and mashed cattails were often used to create a paste to treat burns and other sores. Seed down, or the fluff from the seed blooms, was also used to help prevent skin irritations for infants.

Sumac is touted as having many different uses. The bark, for example, can be made into a mild decoction to help soothe diarrhea. Tea made from sumac leaves is also said to help reduce fevers. There are many types of sumac, so one must be careful not to choose poison sumac. 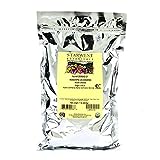 According to the Cherokee, this herb can be used to help treat asthma and clear away chest congestion. Inhaling smoke from the burning leaves and roots is said to actually help open your airways and calm your lungs. Decoctions made from mullein can be used for foot soaks to relieve pain and inflammation. Flowers from the mullein plant were also used to make a tea with a mild sedative effect.

The crushed-up leaves of this well-known plant were traditionally used to encourage blood clotting. The crushed leaves were applied topically to wounds to help stop the bleeding. Yarrow juice, mixed with fresh water, was also said to help stop intestinal bleeding, and tea made from yarrow leaves is said to boost digestion and assist with kidney and gallbladder issues.

Herbal medicine is truly nature’s medicine, and there is so much more we have to learn about it, especially from other cultures.

If you enjoyed this article or learned something new, please don’t forget to share it with others so they have a chance to enjoy this free information. This article via NB is open source and free to reblog or use if you give a direct link back to the original article URL. Thanks for taking the time to support an open source initiative. We believe all information should be free and available to everyone. Have a good day and we hope to see you soon!