Trees protect each other, sometimes even more than humans do.

Longtime forest ranger in Germany, Peter Wohlleben, has been studying the forest since he first decided to become a conservationist at 6 years old. He followed his passion for nature throughout college, where he studied forestry and went on to work as an Office Manager of a forestry office. Now he works at the forests in Eifel Gemeinde Hümmel and Wershofen. He recently published a book titled “The Hidden Life of Trees: What They Feel, How They Communicate — Discoveries From a Secret World” that made German forests popular again.

In the book, he explains how trees have their own network, fondly called the “Wood Wide Web,” that keep the trees in a forest interconnected and cause the trees to react to situations in inexplicable ways. Peter took Sally McGrane from the New York Times on a walk through his beloved forest and showed her a pair of beech trees.

“These trees are friends. You see how the thick branches point away from each other? That’s so they don’t block their buddy’s light.” He added, “Sometimes, pairs like this are so interconnected at the roots that when one tree dies, the other one dies, too.”

Sounds a bit like how some humans operate as well, such as when elderly loved ones die within months or even days of each other because they can’t stand to live without the other.

The terms used in Peter’s book are largely anthropomorphic, meaning he regularly applies human terms and verbs to trees. This is something many biologists, who have known for years about the trees’ behavior, take issue with because his choice of language may lead readers astray. For example, he says that the trees “talk” rather than “communicate,” despite the fact that scientists say that they don’t talk in the traditional way that humans would expect. 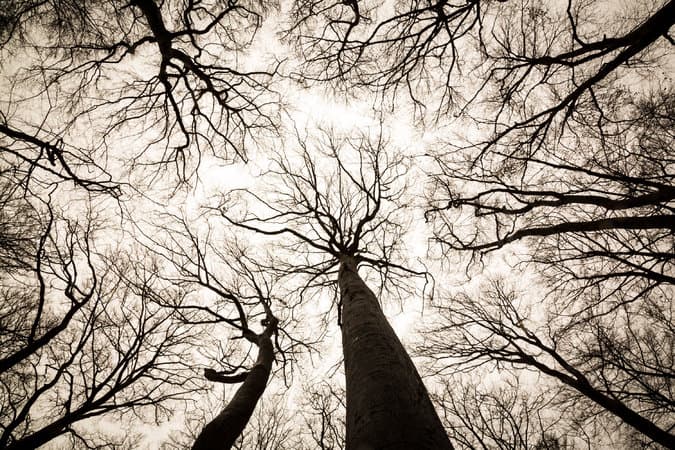 Nevertheless, Peter is determined to continue using this language for a very important reason:

“I use a very human language,” he told McGrane. “Scientific language removes all the emotion, and people don’t understand it anymore. When I say, ‘Trees suckle their children,’ everyone knows immediately what I mean.”

Scientific journals and books on the subject often make the reader feel disconnected and can dissuade regular people from learning more about something they can’t relate to. Instead, with Peter’s book, they feel more connected to nature and the forests than ever before. After reading that trees can count, learn and remember, nurse sick neighbors, and warn each other of danger by sending electrical signals across a the “Wood Wide Web,” a fungal network, people are more intrigued than ever by the mysterious beings. Their behavior is wondrous to those who have never heard of their abilities, such as the fact that they keep the stumps of fallen companions alive for centuries by feeding them a sugar solution through their roots. Scientists still don’t know why this is, but it adds to the curious nature of the trees and makes people empathize with them.

The Hidden Life of Trees: What They Feel, How They Communicate—Discoveries from a Secret World
List Price:$24.95
Price:$16.48
You Save:$8.47

In an age where computers and phones are what people turn to for entertainment rather than outdoor fun, reading about trees provides the motivation to return to our roots, so to speak. Germany has a long history with enjoying the forest, and that trend is returning thanks to Peter’s book, in which the English translation was published last September.

This article (Forest Ranger Explains That Trees Have Social Networks And Complex Relationships) via NB is free and open source. You have permission to republish this article under a Creative Commons license with attribution to the author and TrueActivist.com Singapore Hospital Designed To Accommodate Nature Is The Future!