Activists Arrested For Feeding Homeless, Vow to Keep Feeding Them ‘The hunger enforcement officers are here. This is their idea of serving the public.’

Seven activists with the peace group Food Not Bombs were arrested for feeding homeless people on Saturday in a public park in Tampa, Florida.

The group is undaunted and maintains it will return to the park on Tuesday to serve anyone in need of food. “We intend to expose the city’s cruelty in the face of thousands in our community who are struggling with issues of food insecurity, mental and medical health issues, poverty, and homelessness,” a spokesperson for Food Not Bombs told McClatchy.

When multiple police officers arrived at the food table and warned Food Not Bombs to stop serving the homeless in Tampa’s Gaslight Park on Saturday, one activist commented: “The hunger enforcement officers are here. This is their idea of serving the public.”

The seven people arrested were given trespass warnings and told not to return to the park for one year, the group told the local community radio station WMNF.

Watch a video of the arrests here:

Tampa Food Not Bombs has served the homeless in the same location twice a week for four years, the group said, and speculated that the recent crackdown comes in anticipation of Monday’s College Football Playoff National Championship game in Tampa.

Tampa police have said that they are simply enforcing city ordinance 16-43, which requires a permit and insurance for any events on city property. The police warned the activists last week that they would be enforcing the ordinance, but Food Not Bombs proceeded to offer free food to the homeless anyway.

Tampa Food Not Bombs has maintained that “16-43 is a standing ordinance which restricts our ability and access to public spaces where we share with the community to a) meet them where they are at and b) to maintain the visibility of the suffering population the City of Tampa/Tampa Police Dept actively work to vanish from view to protect corporate profit and tourism dollars.”

“The City of Tampa hasn’t enforced this ordinance over past years and over 300 Tampa Food Not Bombs food shares until a major sporting event and music celebrities brought tens of thousands of tourists to the Tampa area the past 2 weeks. (Along with the prospect of up to 300 million in profit),” the organization added. 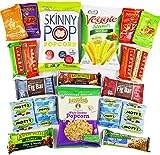 Moreover, Food Not Bombs argues that the enforcement of the ordinance falls in line with similar policies in cities nationwide that seek to criminalize poverty and sweep the homeless from public view to fuel corporate profits.

The group invites locals to join in support when it returns to the park on Tuesday, as it does each week, to feed those in need.

This article (Activists Arrested For Feeding Homeless, Vow to Keep Feeding Them) appeared first at Common Dreams and appears on Natural Blaze under this Creative Commons Attribution-Share Alike 3.0 License. It can be republished or shared under the license.