Did the CDC Trash The Data On The MMR To Hide Its Success As A Genetically Targeted (Anti-Black) Vaccine? 1. That the CDC lied that the MMR vaccine has no association to autism.

2.  That the CDC hid the data from their own study on the MMR vaccine and autism. A whistleblower at the CDC has come forward and a film has been made on what the CDC did to hide this fact.

3.  That the CDC hid the data showing the MMR causes a 340% great rate of autism in little black boys.

5.  That the CDC ran the Tuskegee experiment, a infamously grotesque and racist experiment.

6.  That the CDC minimizes the Tuskegee experiment to this day.

7. That the CDC works for the CIA and Rockefellers.


8. That the Rockefellers who funded Hitler (and thus genocide), since the 1920’s have promoted eugenics (racial purity) and been working on genetics (DNA) to eliminate “inferior” people.  and have given millions coverty sterilizing vaccines and food.

9. That the Rockefellers work for the Jesuits.
The one linking element between the UN, the WHO, the CIA, etc. is the Jesuits.

Jesuits run the Council on Foreign Relations, the Knights of Malta, Shriner Freemasonry, the Opus Dei, the Club of Rome, the Illuminati, the Knights of Columbus and the Mafia. 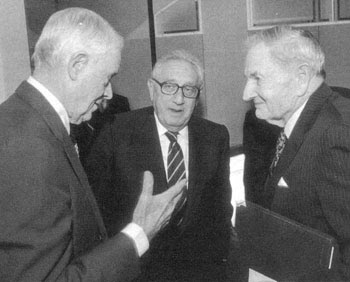 10. That the Jesuits are sworn to use the “poisoned cup.”

“I furthermore promise and declare that I will, when opportunity present, make and wage relentless war, secretly or openly, against all heretics, Protestants and Liberals, as I am directed to do, to extirpate and exterminate them from the face of the whole earth; and that I will spare neither age, sex or condition; and that I will hang, waste, boil, flay, strangle and bury alive these infamous heretics, rip up the stomachs and wombs of their women and crush their infants’ heads against the walls, in order to annihilate forever their execrable race. That when the same cannot be done openly, I will secretly use the poisoned cup, the strangulating cord, the steel of the poniard or the leaden bullet, regardless of the honor, rank, dignity, or authority of the person or persons, whatever may be their condition in life, either public or private, as I at any time may be directed so to do by any agent of the Pope or Superior of the Brotherhood of the Holy Faith, of the Society of Jesus [Jesuits].

“In confirmation of which, I hereby dedicate my life, my soul and all my corporal powers, and with this dagger which I now receive, I will subscribe my name written in my own blood, in testimony thereof; and should I prove false or weaken in my determination, may my brethren and fellow soldiers of the Militia of the Pope cut off my hands and my feet, and my throat from ear to ear, my belly opened and sulphur burned therein, with all the punishment that can be inflicted upon me on earth and my soul be tortured by demons in an eternal hell forever!” (link)

The CDC that hid the data showing the MMR causes a 340% great rate of autism in little black boys, is the same CDC which works for the CIA, now known to have killed MLK Jr.

And Rockefellers who control the CIA and CDC, work for the Jesuits who have sworn on their lives to:

“make and wage relentless war, secretly or openly, against all heretics, Protestants and Liberals, as I am directed to do, to extirpate and exterminate them from the face of the whole earth; and that I will spare neither age, sex or condition; and that I will hang, waste, boil, flay, strangle and bury alive these infamous heretics, rip up the stomachs and wombs of their women and crush their infants’ heads against the walls, in order to annihilate forever their execrable race.  That when the same cannot be done openly, I will secretly use the poisoned cup ….”

The MMR vaccine is a poisoned cup that “crushes infants’ head against the walls” of neurologic toxins.

If the CDC were not murderously racist,

Why would they have continued the Tuskegee experiment for decades after pencillin was a cure?

Why would they have said that ebola comes from fruit bats in Africa and from people eating bush meat, when they know ebola came from a white US bioweapons lab because the CDC itself holds the patent?

Why would the CDC have said AIDS came from Africans when they know the WHO admitted in 1987 it caused AIDS in Africa with the smallpox vaccine (leaving off that it had requested the virus in 1972 which it injected into people in central African as part of a forced small pox vaccine campaign) and knowing Maurice Hillerman, head of vaccines at Merck, said they had caused AIDS in the US.

People can decide for themselves why the CDC did not warn any parents about the MMR vaccine but instead hid the data that the MMR vaccine was incredibly and singularly destructive to little black boys, aggressively promoted it, even doubling up on it though it causes measles (which it was known to do in 33.5% of test subjects ).

Was the MMR’s destructiveness an accident or the successful result of years of Rockefeller Foundation DNA work to target populations that the Rockefellers historically detest?

See: Bayer And US Govt Knowingly Gave HIV To Thousands Of Children

If one used that same biotechnology in a vaccine and one could give vaccines to many kinds of children and selectively harm those targeted.  Is that not an advanced, genetically-targeted bioweapon?

The MMR and its stark different in harm by race, becomes extremely relevant right now since the US is stockpiling unknown, untested

The murals are fairly shocking. Here we have refugees living in a basement and the Lord of Death, brandishing an AK-47, killing the dove of peace.

Gray waves pulse from the figure, the waves pulse outward, killing everybody in its path. The figure wears a gas mask implying the gray waves, the instrument of death in this case, is a biological weapon.

At a glance, AU AG would logically be the symbols for gold and silver. But that meaning is called into question when you find out that one of the founders of the airport also discovered a new, deadly strain of hepatitis known as Australia Antigen, also called AUAG. It has been rumored that AUAG could be a potent weapon in biological warfare. This symbol rests on the ground directly in front of the biological warfare mural.